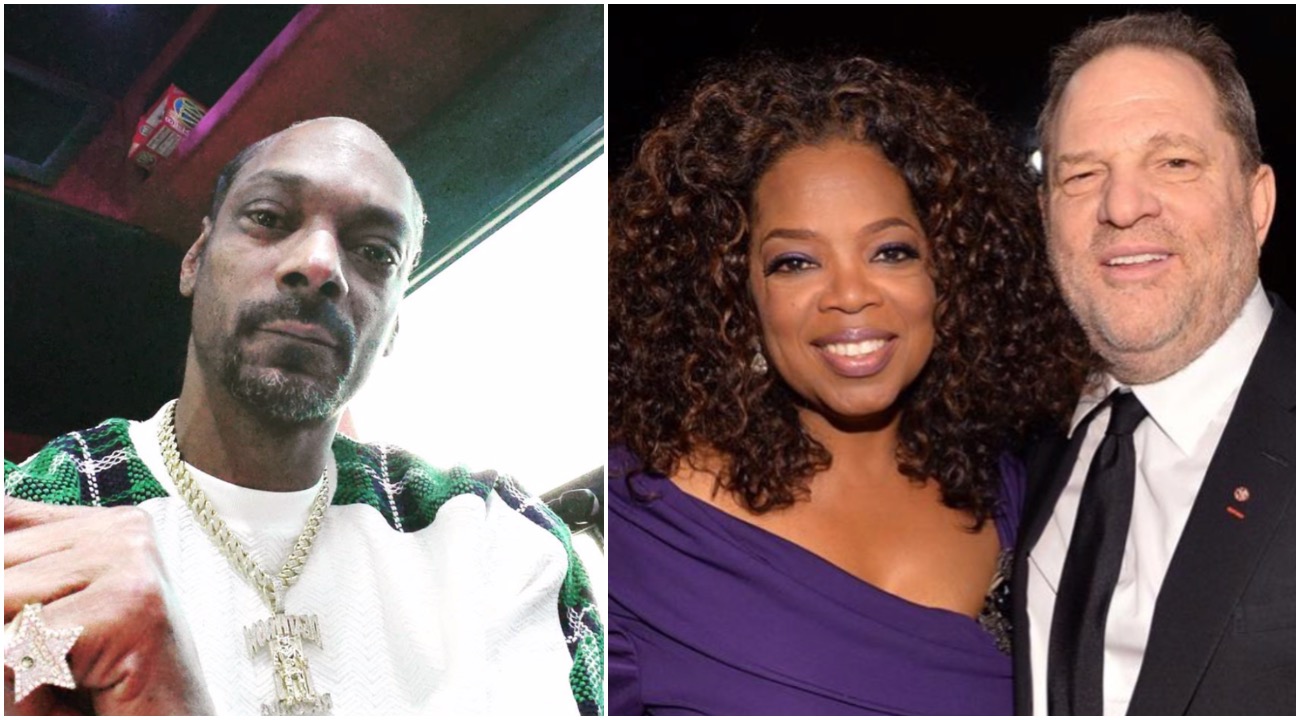 Snoop Dogg has taken off his gloves in the war of aggression being waged by Gayle King and Oprah Winfrey in what seems to be targeted only against powerful Black men. This follows Gayle King’s unprovoked shade thrown at Kobe Bryant’s legacy over bogus rape charges that were dropped by a court of law (see here). Snoop’s first message at Gayle King said the CBS This Morning anchor, among other things, was “way outta pocket” before calling King a “funky dog…b*tch.” Then, Snoop D-0-G-G took a shot at Oprah Winfrey, Gayle King’s mentor. This follows 50 Cent openly wondering if Oprah was going to take a stance against MSNBC anchor Alison Morris saying “ni**er” during a broadcast covering the helicopter crash involving Kobe Bryant.

Have you heard of Oprah’s “Spiritual Advisor” who’s serving a 19 year prison sentence and was accused of sexually assaulting over 600 females including his own underage daughter? If not, find out more here.

“We waiting 🤷🏾‍♂️. When. Or is it only blacks that y’all wanna interview and try and tarnish they reputation over accusations f*ck both you ho*s on behalf of the whole hood u b*tches not with us. Gayle and Oprah been on bullsh*t so f*ck y’all and y’all super powers FDHBitch” 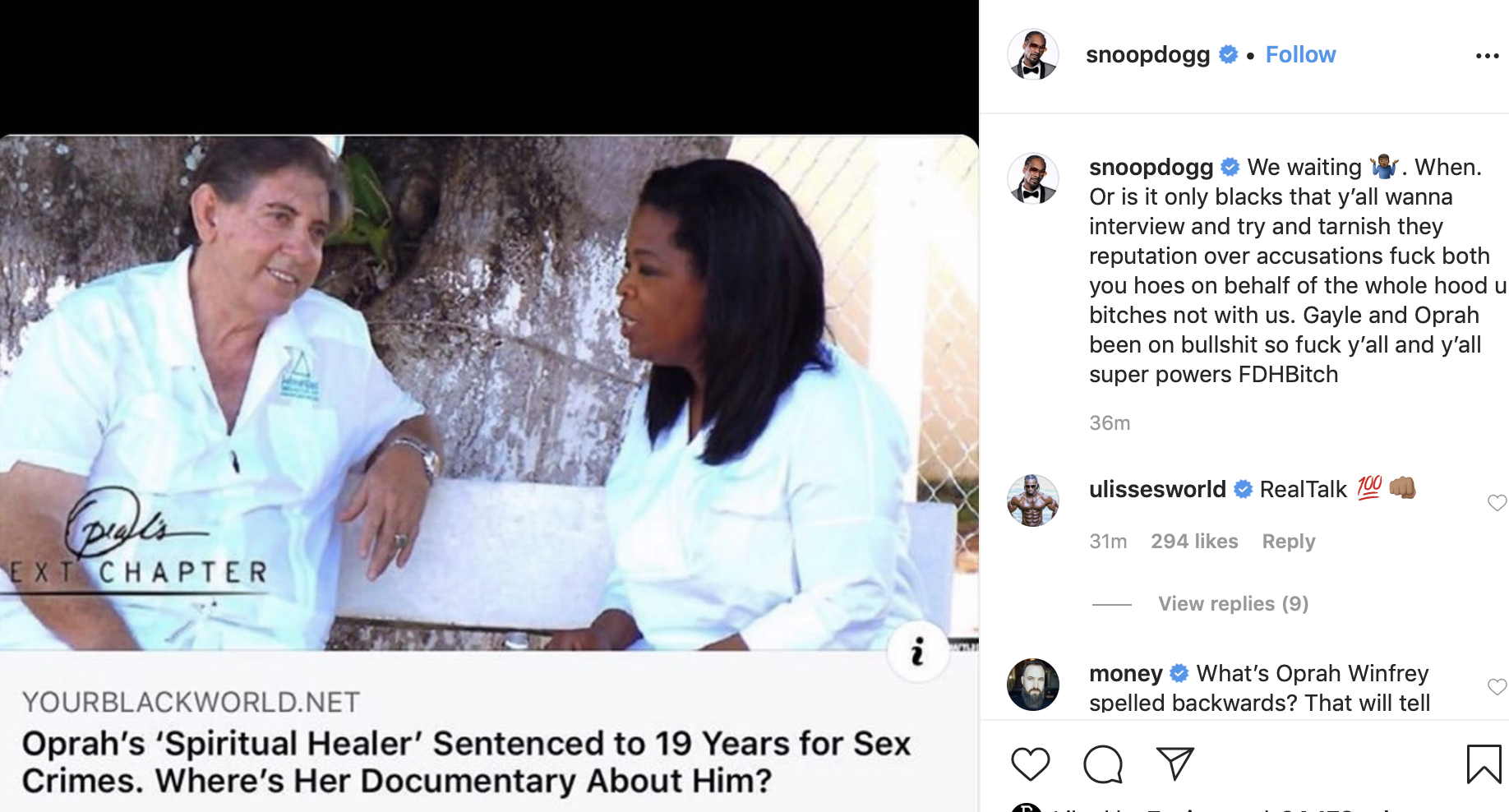 “We waiting. Gayle 🎥. When is that interview gonna air” 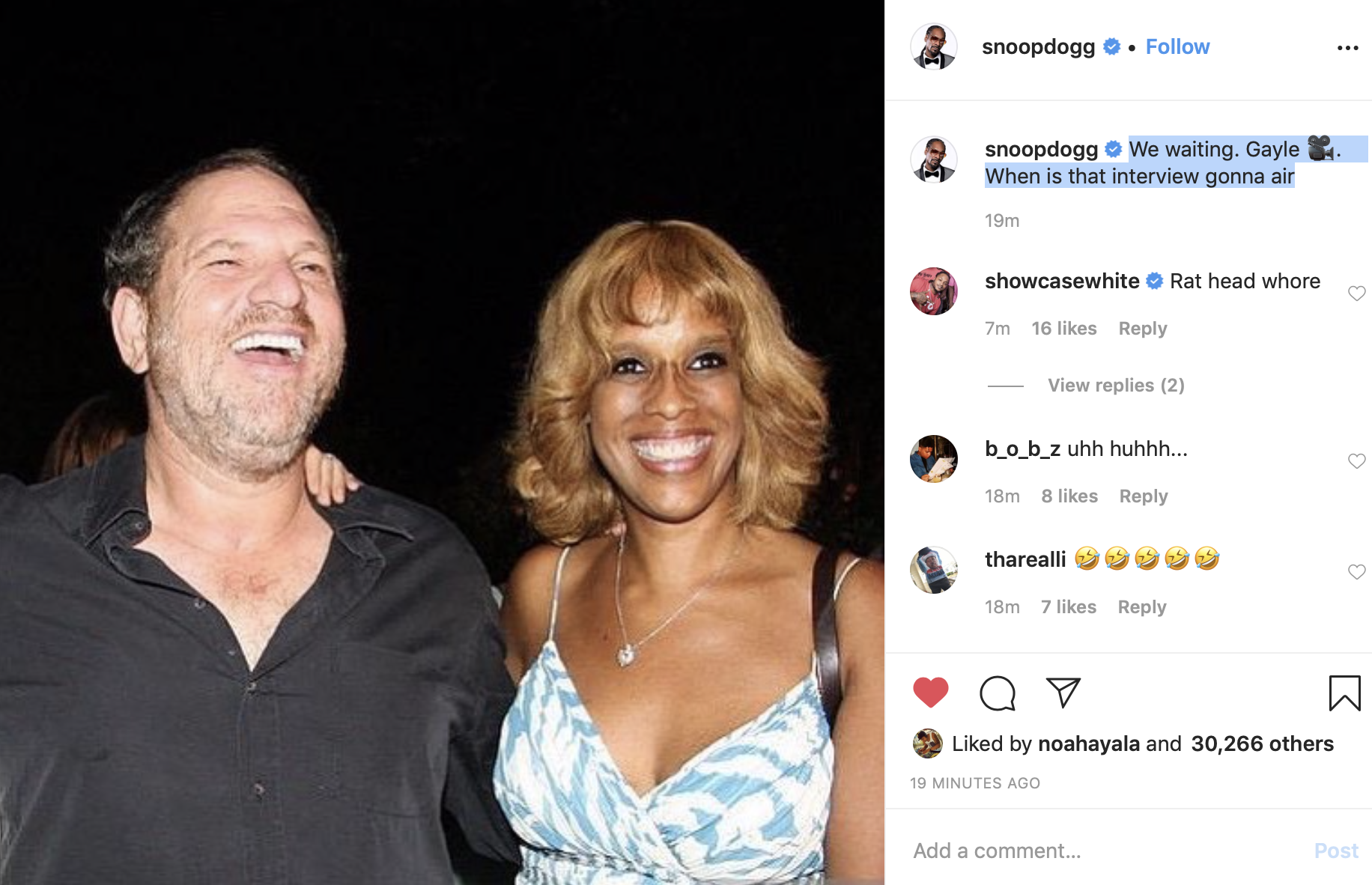 “Did that fake ass micheal Jackson sh*t to tarnish his name with them lying ass kids and here she is with a known rapist smiling and laughing. F*ck u and Gayle. Free bill Cosby.” 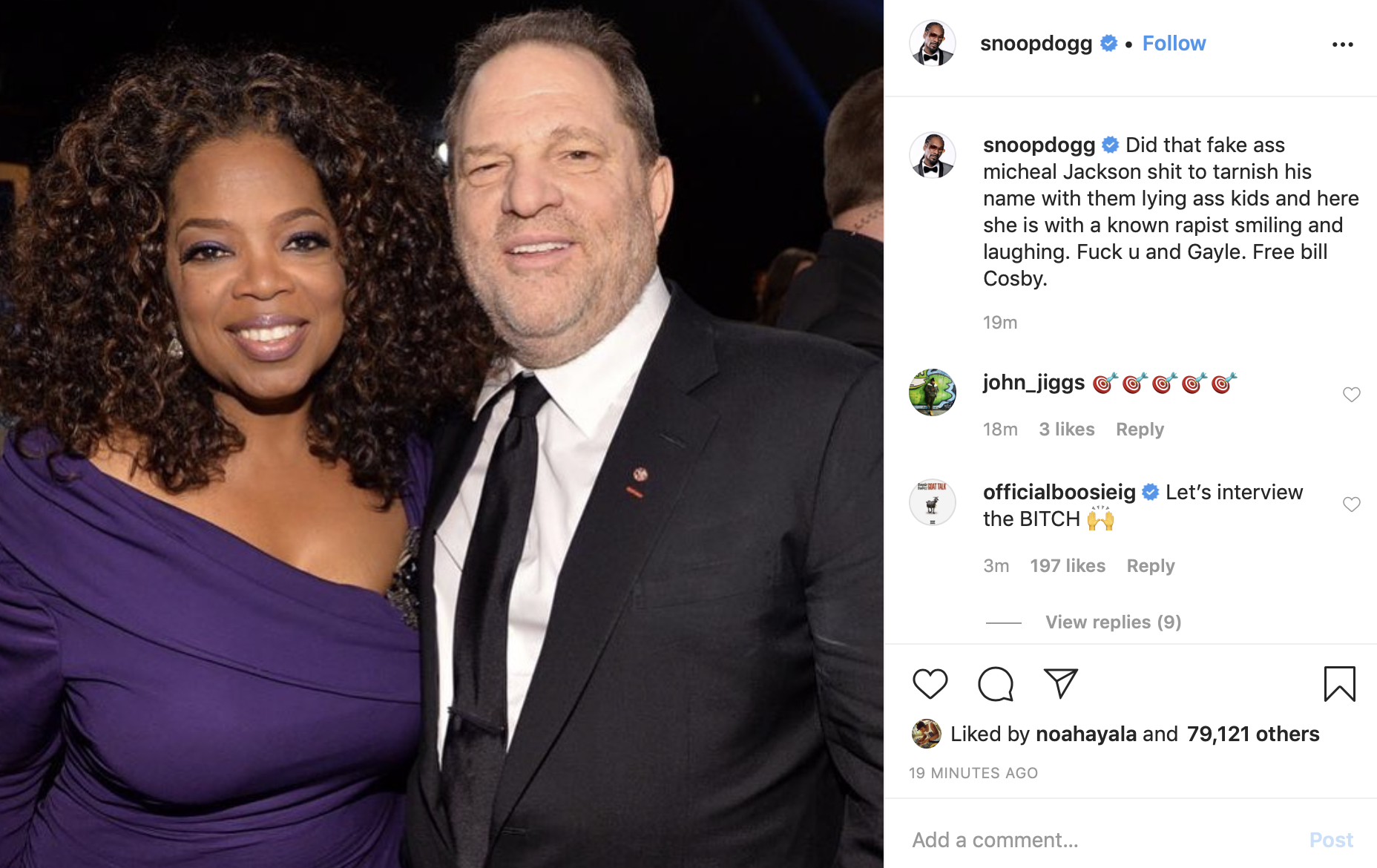 50 Cent also is openly wondering what’s going on with Gayle King’s unprovoked stance against Kobe Bryant where King addresses in her interview with Leslie Lisa “[Kobe’s ] legacy is complicated because of sexual assault charges..”

Louisiana rapper Boosie also weighed in on the matter.

All this led Gayle King to issue her response to all her criticisms. Find what Ms. King had to say here.