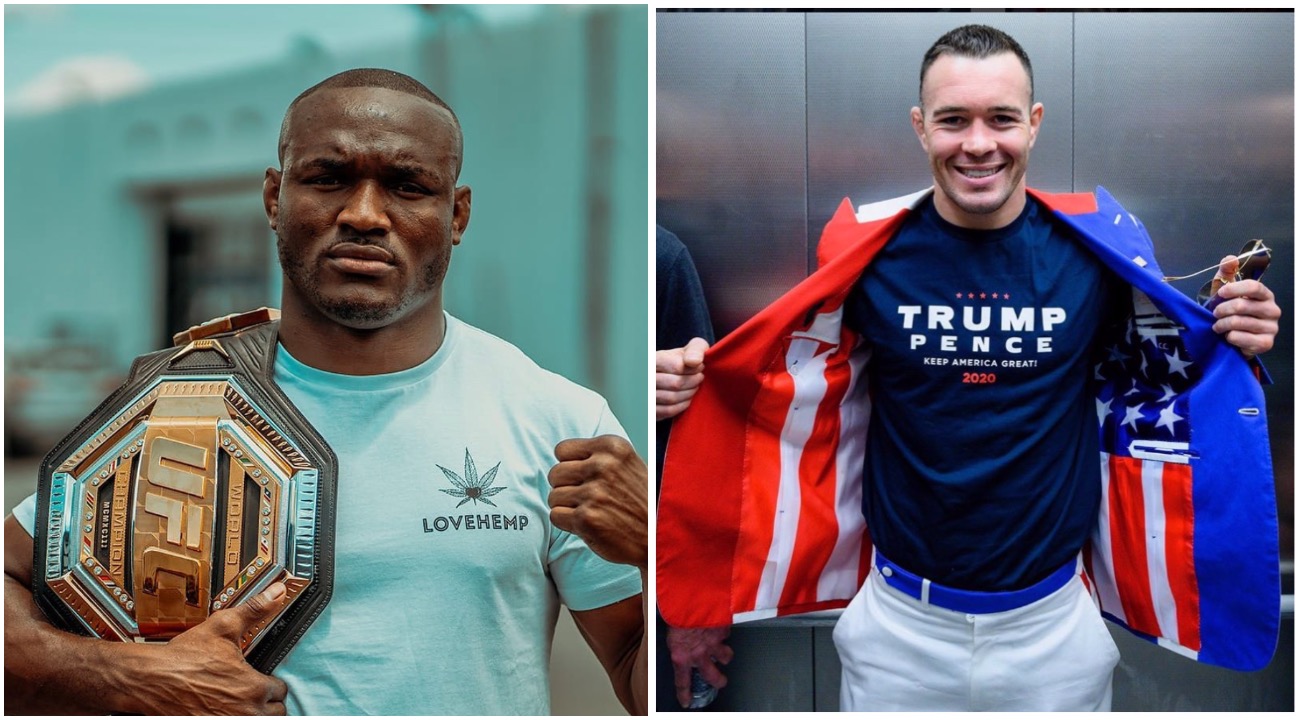 Yesterday (3/1) we reported how Colby Covington, 32, called out 50 Cent, 44, stating, among other things, “If [50 Cent] gets hit 1 time by me he’ll never get back up. 50 Cent’s …a little b*tch” (read more about that here). The reality of the matter is very different. 50 Cent is not a “b*tch.” 50 Cent (legal name: Curtis Jackson) is an accomplished business man with a licensing agreement with UFC rival Bellator MMA. Whereas Colby is simply a contracted employee for UFC. 50 is a grown man and can do whatever he wants to do; however, it’d be odd to see a Boss like 50 who produces & directs TV shows for ABC fight a charity match against a man like Colby Covington who may or may not be able to find another opportunity outside of Dana White’s UFC. Can anyone possibly imagine Canelo Alvarez or Tyson Fury calling Bob Arum or Don King out to a celebrity boxing match??

Interestingly, a video has surfaced of Colby getting punked out by Kamaru Usman aka The Nigerian Nightmare. In the video, it’s obvious Usman wanted all the smoke with Colby who seemingly wouldn’t dare to look up while Usman continued to speak with him in a ridiculing manner. Find that video below courtesy of Anatomy Of A Fighter dated 4/6/2018. Colby and Usman fought in Brazil in December 2019. In 2017 Colby called Brazilians “filthy animals.” After Usman defeated Colby in their fight and happened to break Colby’s jaw Usman dedicated his victory to the Brazilian people. Colby also mocked Usman (and his family’s) contributions to American society (see more about that here).

Catch the video of Colby getting thoroughly punked out below. Keep your eye open for Khabib smiling in the background.