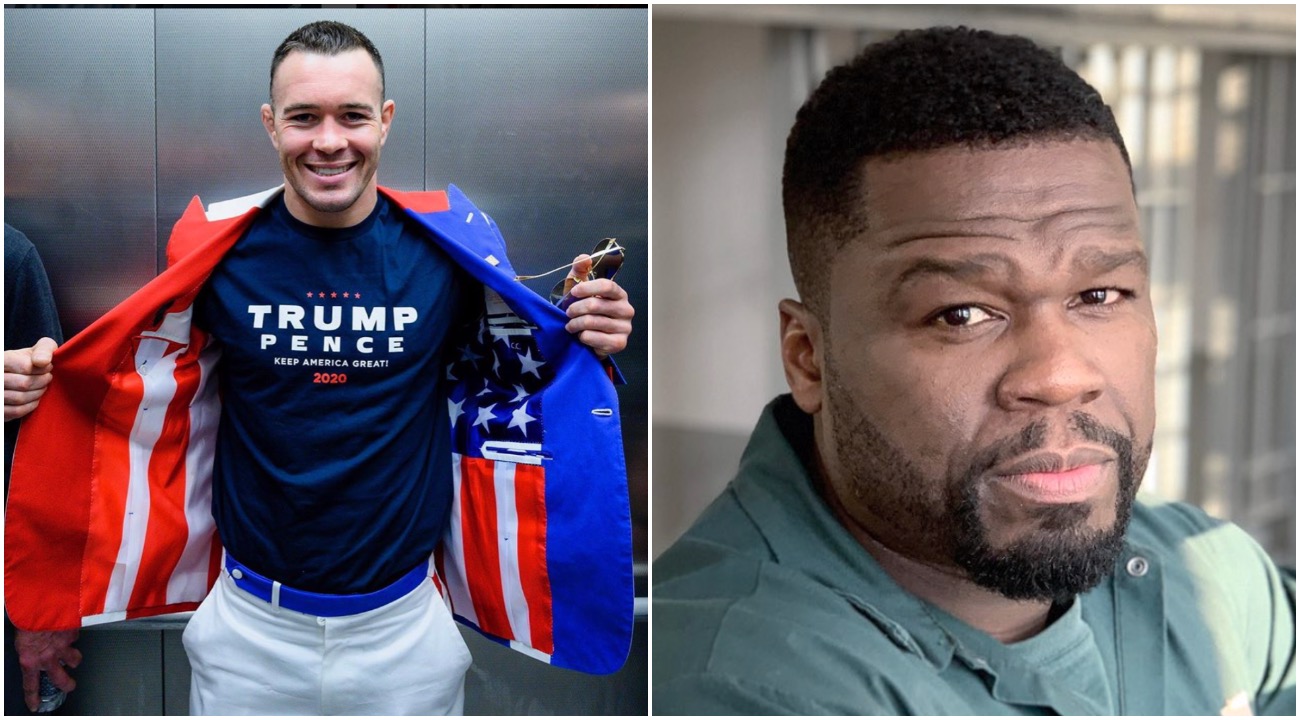 Colby Covington is seeking out a rematch against MMA fighter Kumaru Osman after being stopped in the Octagon by Usman in December 2019. The fight was a good match however the undertones of the event laid in Covington insulting not only Osman but also the fans in Brazil (where the fight took place). Back in 2017 Covington called MMA fans in Brazil “filthy animals” after defeating Brazilian fighter Demian Maia in Sao Paulo.

Before his fight with Osman, Covington stated the following about Osman: “Let’s be honest, my family served in the military. They shed blood for the red, white and blue. What’s his [Osman’s] family ever served besides in the federal penitentiary?”

After that fight in which Osman defeated Covington, 50 Cent took to social media and mocked the Covington implying the MMA Fighter wouldn’t be able to talk much over the 6 weeks after the fight because of the status of his jaw. Also, mid-fight Covington suggested to his corner how he felt his jaw was “broke.” Covington explained to one of his coaches: “I think I broke my jaw.”

“👀well look at the bright side, you won’t say the wrong thing or anything. For the next 6 weeks. 😆 #lecheminduroi #bransoncognac #starzgettheapp #abcforlife”

👀well look at the bright side, you won’t say the wrong thing or anything. For the next 6 weeks. 😆 #lecheminduroi #bransoncognac #starzgettheapp #abcforlife

20 Months Before Kamaru Usman Broke His Jaw In The Octagon Usman Thoroughly Punked Out Colby Covington While Khabib Stood In The Background Smiling (watch that video here).

Rosie O’Donnel also called out Covington. Catch her post below where she mocked the MMA figther after his defeat to Osman by referencing a clip where Donald Trump Jr. is seen rooting for the Covington pre-fight. O’Donnel captioned her post,

Here we are two and half months later and Covington is calling out both 50 Cent and O’Donnel. The MMA fighter stated the following to MMAFighting.com‘s Damon Martin about the above-mentioned post-fight criticisms by 50 and O’Donnel,

“50 Cent? The guy was hit eight times and that’s his claim to fame ‘oh I was hit eight times and that couldn’t put me down’. If he gets hit one time by me, he’ll never get back up….There’s one guy who got his jaw wired shut and it wasn’t me. It was 50 Cent. He’s a little b*tch. I want to fight 50 Cent next. I think we should do a celebrity charity boxing match. I’ll put up $1 million of my dollars and it’s going to go straight to the troops. He’s a broke b*tch so he probably doesn’t have a million dollars but he can go as one of his f*cking sponsors to put it up and we can do this.”

The reality is 50 is far from broke. Reality also dictates that Bosses never fight workers. Covington is an MMA employee seeking to build up his brand at a Boss’s expense.