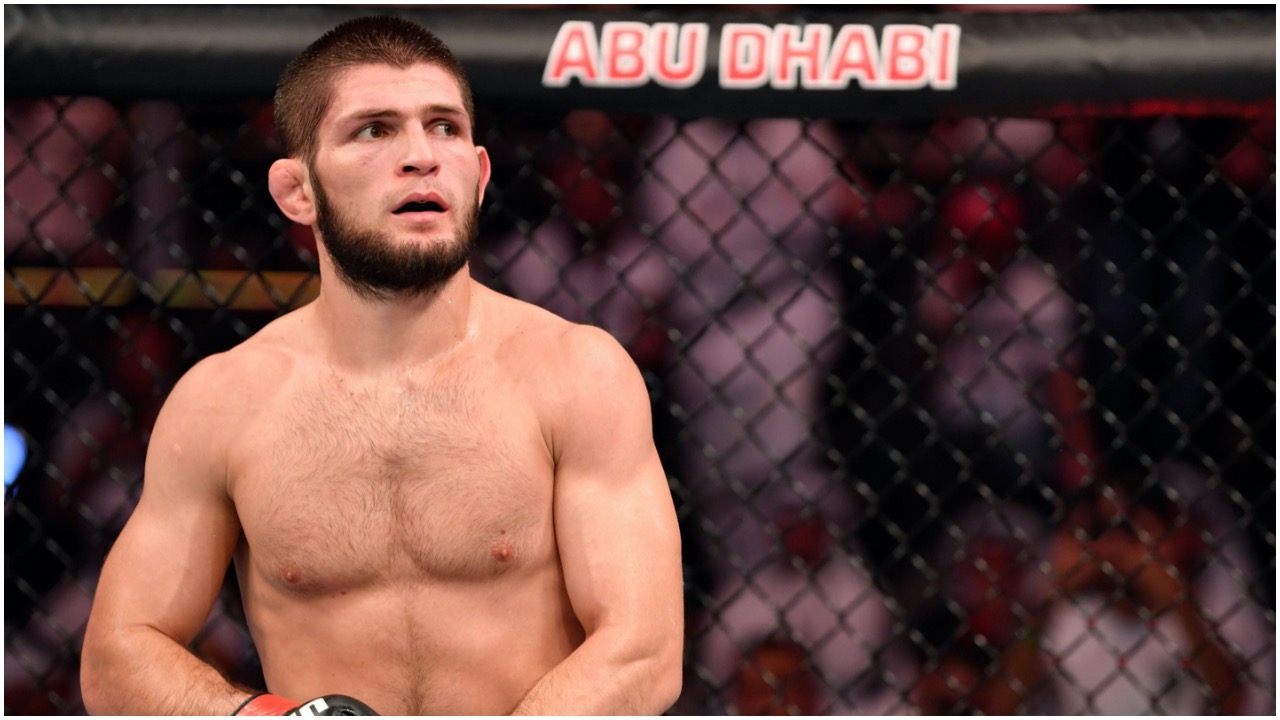 Khabib Nurmagomedov defeated Justin Gaethje in a second-round submission at UFC 254, Saturday (10/24) in Abu Dhabi. After the fight, the never-before-beaten champion announced his retirement citing the loss of his father, Abdulmanap Nurmagomedov, who passed away is past summer on July 3.

After the fight, Khabib stated, “This is my last fight, there’s no way I’m going to be back without my father,” The fighter then noted a previous conversation he had with his mother,  stating, “I promised her, this was gonna be my last fight…If I give my word, I have to follow this.”

Justin Gaethje was a fighter Khabib’s father wanted to see his son square-off against. Gaethje, who fought a respectable fight while firing off powerful leg kicks and remaining aggressive throughout, stated after the fight, “I know he made his father so proud,”

Khabib enters retirement with an impressive 29-0 record and tied the UFC record, alongside BJ Penn & Benson Henderson, for most title defenses in lightweight history. The Dagestani warrior easily goes down as one of the most impressive professional MMA fighters in the history of the sport.

Find the clip up top from today’s fight in Abu Dhabi.