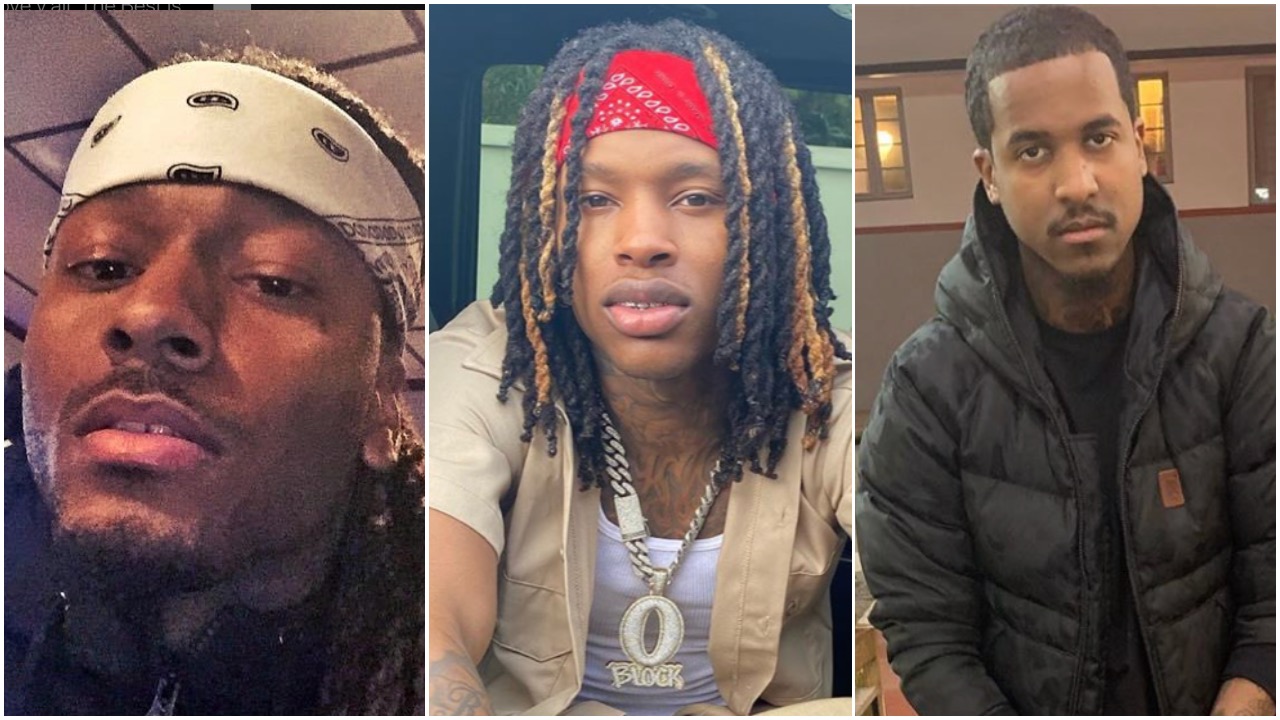 Chicago rapper King Von responded to Montana of 300 tweeting that Young Pappy and Polo G are the best “Chicago rappers” he’s heard “come out in the last 10 years.” King Von, who comes from the same neighborhood as Chief Keef,  directly responded, “I still don’t kno why 300 in yo name. Which part of Chicago you even from. I was locked up wen u was dropping sh*t I guess. I never heard none of yo sh*t.”

Montana then tweeted, “For years, I heard rappers ask me sh*t over the internet while out of arms reach. If any Chicago rapper wants 2 meet in person n lock themselves in a room w/ me 2 ask whatever they’re curious 2 know about me, it can be arranged. If u ain’t tryna meet like men, don’t tweet me sh*t.”

Chicago, similar to New York, never seems to experience unity amongst its rappers. Ideally, that’ll change at some point.

You can find the full exchange including Lil Reese’s reaction below. 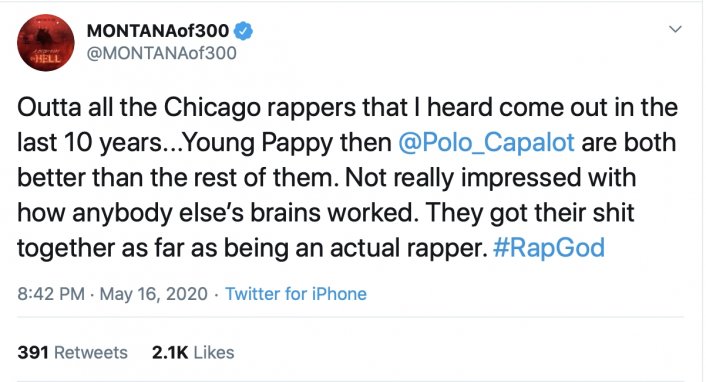 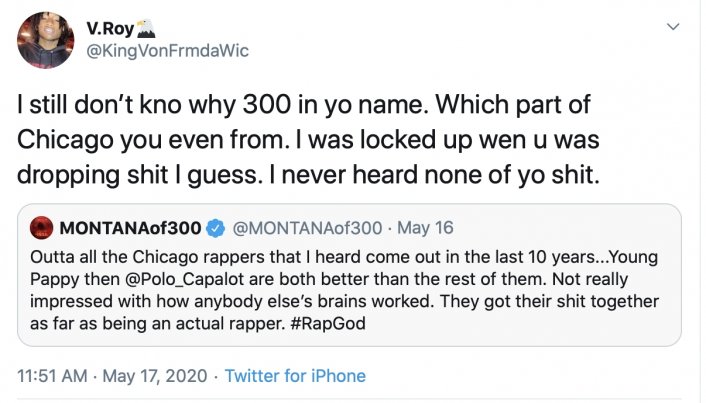 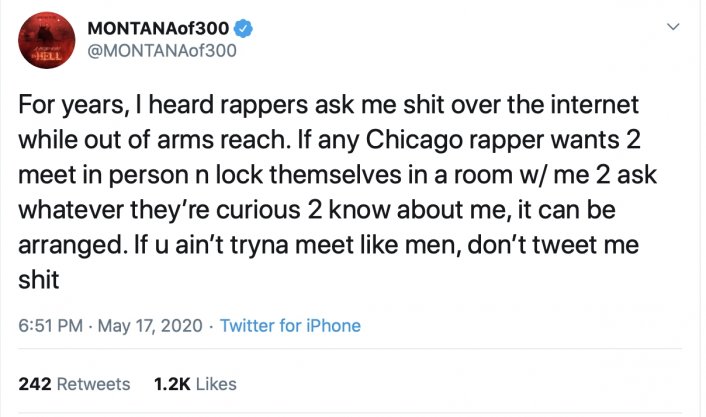 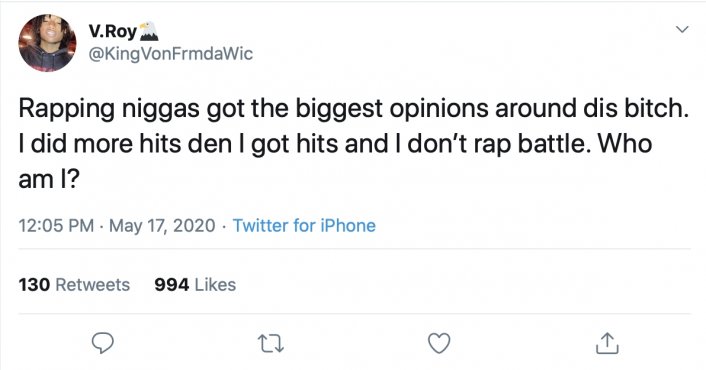 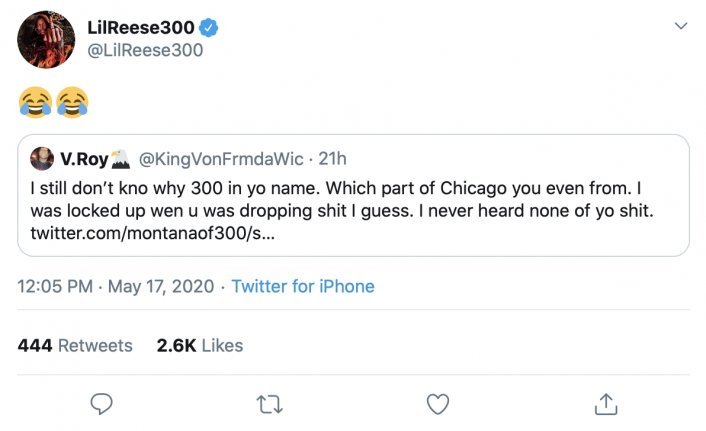