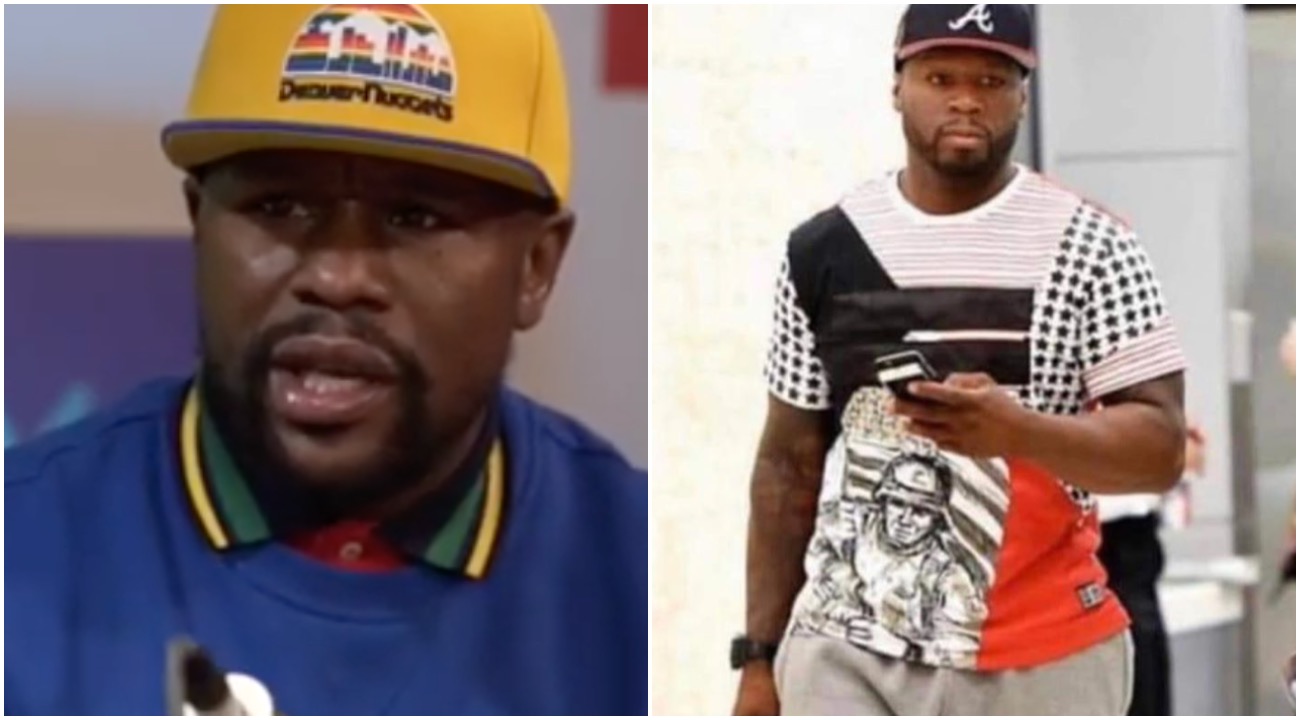 Floyd Mayweather and 50 Cent have beefed publicly for years. Often times the two men troll each other however there have instances in the past where 50 & Mayweather involved each other’s children in their public disputes. Before they fell out, Mayweather and 50 Cent were inseparable. Two bosses who took different paths to the top but indeed had become networked and brotherly. Nobody seems to ever know exactly why they fell out. Mayweather addressed the matter during his recent Drink Champs interview with N.O.R.E and DJ EFN. Mayweather states during the interview,

“If this man [50 Cent] comes over to my house, my chef cook big meals for us. We sit back, we kick it. We traveled on the jet together…This is coming out of the blue. It’s like me and you just kicking it, I’m right here talking with y’all, I come and do the show with you every day, and then one day, you just go out of the blue and I’m like damn, ‘Where is this coming from?'”

“I don’t know if he got upset. One day I saw on the internet, 50 Cent said something about me. That’s my family. I was with that muthafucka every day…Of course, I didn’t know what was going on. But I’m a fighter, you shoot at me, I shoot back. I can’t keep playing the back and forth game…I’m a fighter. Like a promotion for a fight. We talk and talk and talk. If we’re not going to do anything, just let it go. That was it.”

With that being said, it was less than a week that 50 Cent trolled Mayweather.

“👀who did this man, turned champ into my louis Bag 😆😆what the f*ck is going on”