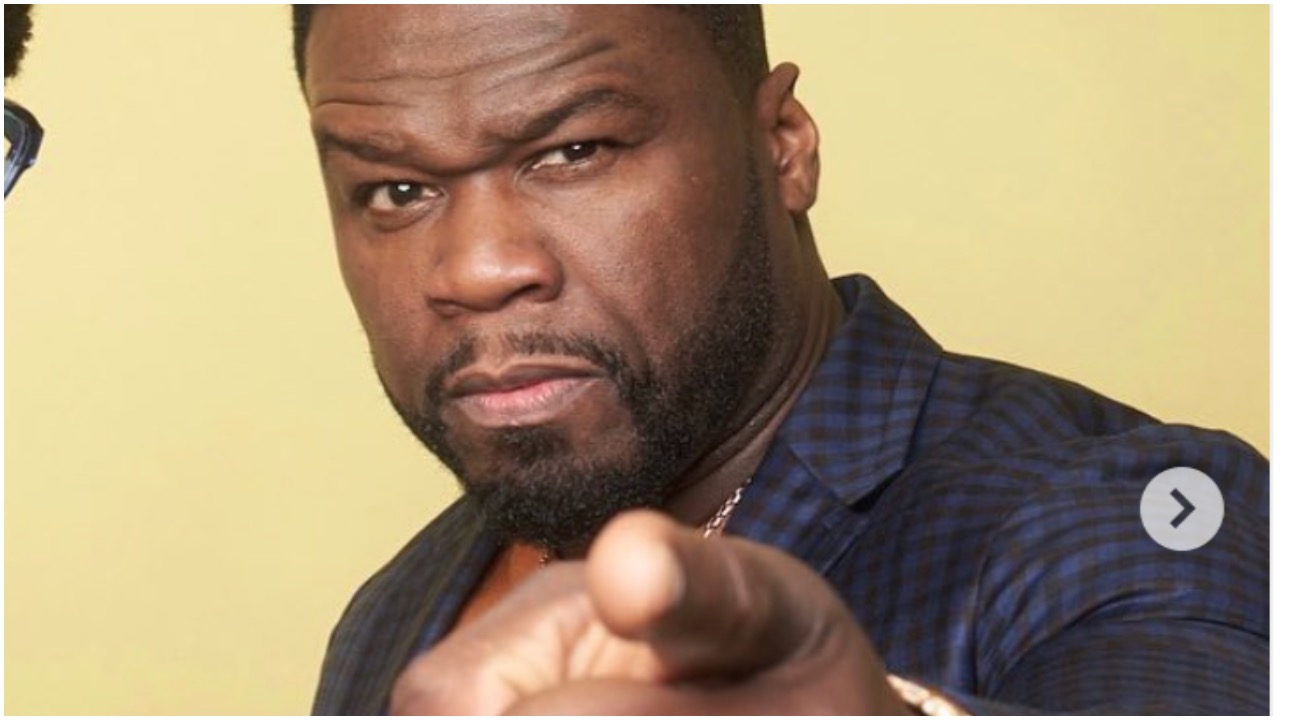 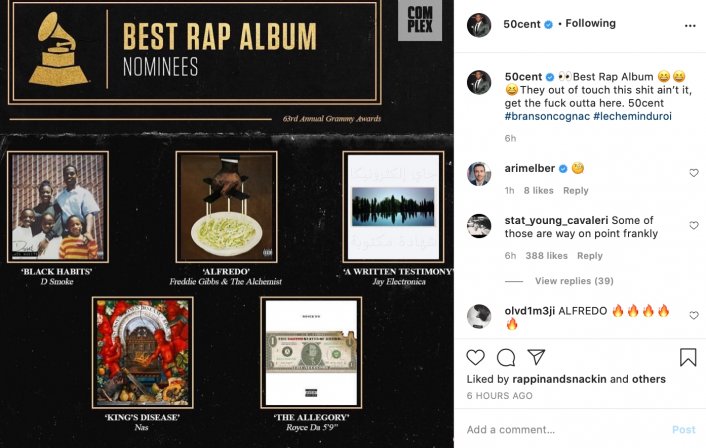 50 Cent offered his opinion on the “Best Rap Album” nominees, which included D Smoke, Freddie Gibbs & Alchemist, Jay Electronica, Nas, and Royce Da 5’9. 50 shared a photo of the nominees with the caption, “Best Rap Album. They out of touch this sh*t ain’t it, get the f*ck outta here. 50cent”

Before the nominations were announced, 50 noted that he didn’t expect Pop Smoke’s album, which he executive produced,  Shoot for the Stars, Aim for the Moon to be nominated, explaining to Spotify’s Rap Caviar, “If it’s recognized it will only be because he’s gone. The content is similar to what I would do. They didn’t recognize mine. They gave me Grammys when I was with Em, when I’m on records with Eminem. Other than that, they’re afraid to give him Grammys because they think it’s teaching the audience to want to be like Pop and to be like him is to be part of gang culture. Who you see get Grammys that is making drill music? You mean to tell me ain’t none of those songs worthy of it?”

50 continued, “It’s for the culture, the people to embrace those tones and to really appreciate the artist for doing that. Well, we know that a lot of the guys that come up specifically in Hip-Hop are rough around the edges. They coming from tough backgrounds. They come from real adversity. You hear them put it in the music the right way, it sounds so beautiful that they become amazing. That’s what makes it special, you know? Makes it unique.”