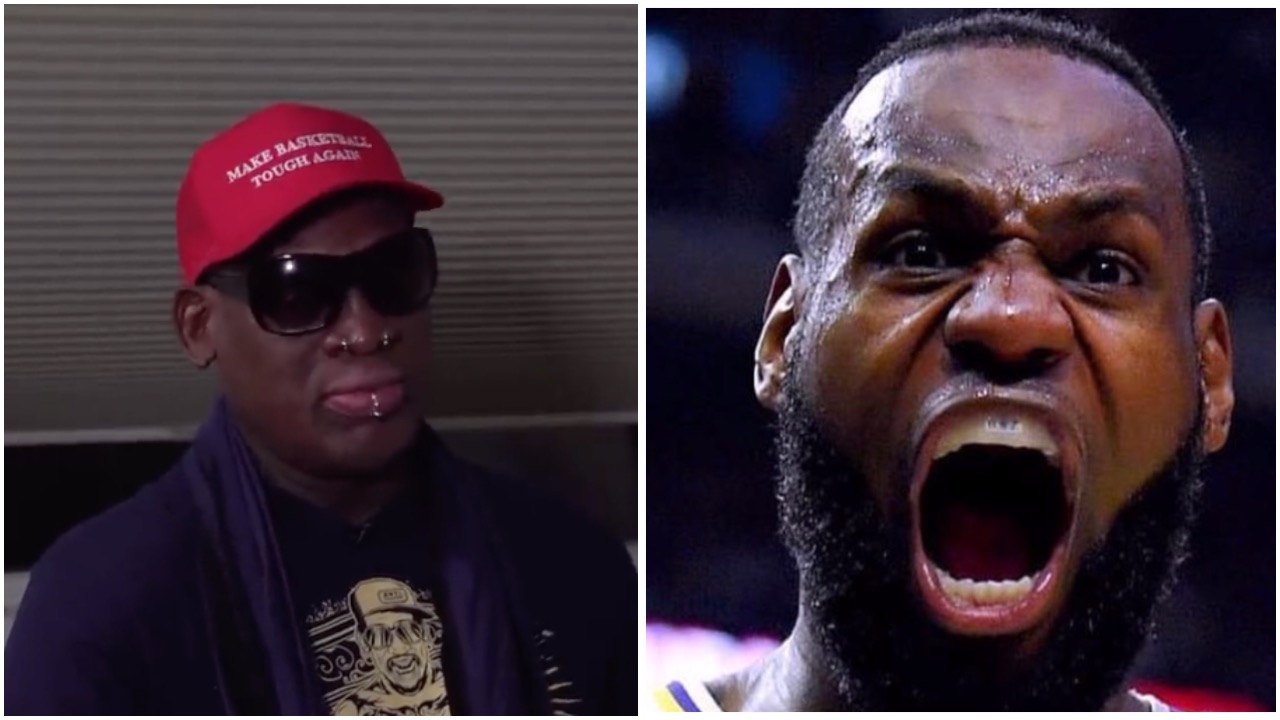 Dennis Rodman continues to belittle Lebron James’ greatness relative to his own skillset or in comparison of LeBron’s teams versus the Chicago Bulls. In a recent appearance on Overtime Rodman is connected to a lie detector wearing a Make Basketball Tough Again hat when he’s asked about LeBron, “Can you lock up LeBron?” to Rodman responds, “I could have locked his ass up.” The lie detector turns on immediately.

“Scottie Pippen could shut his f*cking ass down quick before I get to him…” Rodman goes on to call Bron’s game “too simple..” and more. Furthermore, Rodman says “KD, same thing” when asked about Kevin Durant. Catch the video up top.