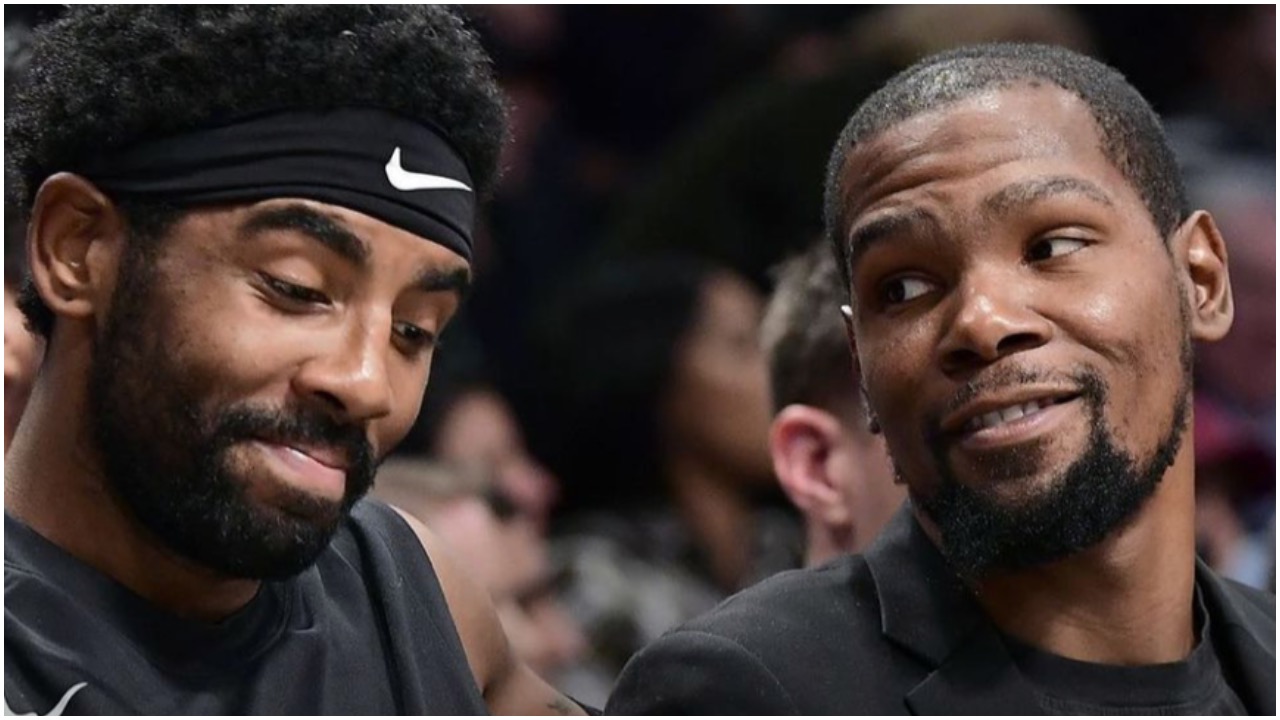 There is zero denying the strength of the personal brands of both Kevin Durant and Kyrie Irving. The two NBA superstars joined forces by signing with the Brooklyn Nets following the 2018-19 NBA season. This allows KD & Kyrie to market their brand power in NYC, America’s largest media market. It doesn’t hurt that both men are originally from the region (Irving, NYC & Durant, Washington D.C.).

According  to Stefan Bondy of the NY Daily News who reported this week Monday (10/26),

Bondy further reports that KD & Kyrie are working on a joint sneaker, noting,

“When Kyrie Irving first saw the latest model of his Nike line, he immediately contacted Kevin Durant to brag. And also to compare.

“He was like, ‘Look at this heat I have in my hand,’” said Ben Nethongkome, who designed the Kyrie 7 sneaker with Irving. “And there was some friendly competitiveness to them too, like, ‘Whose shoe is better?’””

As with many professional athletes these days, Kyrie & KD sought to leverage their strengths. Bondy continued by writing,

“It kind of spawned into, ‘Wouldn’t it be cool if we collaborated on something together in the near future?’” Nethonkome said. “And right then and there, KD was like, ‘Of course.’ So we’re excited to have some level of interaction between those two in terms of product creation in the near future.”

As of now there is no indication of a price nor release date. Assuming both men remain healthy, we can expect much from both KD & Irving on and off the basketball court. We’ll keep you posted as more details become available.