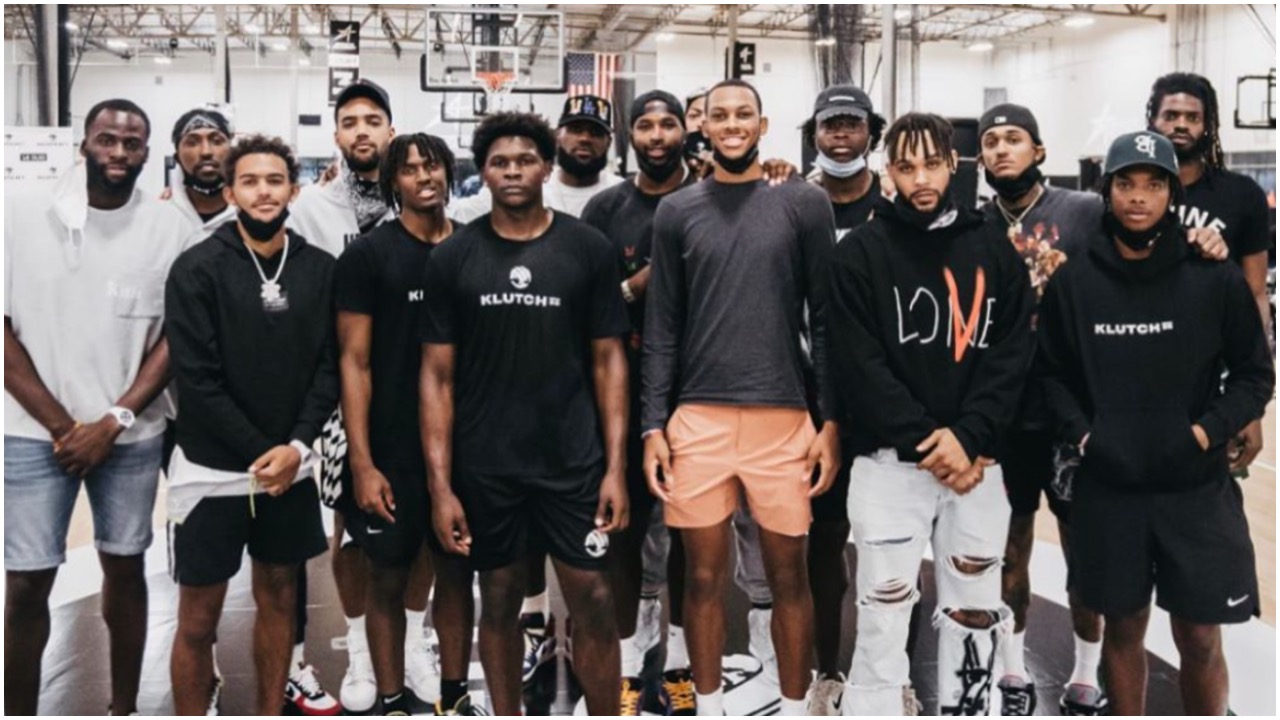 We recently reported how an anonymous pro-agent in the NBA heavily criticized the sports agency which represents LeBron James. Klutch Sports, which is led by founder/ CEO Rich Paul and is based in Cleveland, Ohio, was recently attacked by a source who refused to identify itself during an interview with the reputable outlet The Athletic.  Among other things, this source claims Klutch Sports leverages LeBron’s weight in order to recruit top-notch athletes to the agency.

“THE WORST THING THAT LEBRON IS DOING IS FORCING THIS POWER WITH RICH PAUL AND WHAT THAT IS, IN TERMS OF, HE’S A PLAYER, BUT HE HAS PROWESS IN THE MEDIA SPACE. HIS COMPANY SPRING HILL, THAT’S AWESOME. DOING THE MOVIES AND ALL OF THE PROJECTS. THAT’S SO COMMENDABLE. I LOVE THAT. BUT NOW THAT THEY’VE JUMPED INTO THE AGENT GAME, WHICH THE REALITY IS, IT’S ILLEGAL FOR A PLAYER, PARTICULARLY IF YOU’RE IN THE STATE OF CALIFORNIA, TO BE LICENSED TO REPRESENT TALENT. (read about the entire complaint here).

Rich Paul is now clapping back at his haters. Paul captioned his post by noting,

I want to thank everyone for their support last night. It’s not often you see support like this for these young men coming into the league. This is much bigger than makes and misses! When black it’s discredited, it’s critiqued, narratives are driven. It’s a shock when the black athlete isn’t making the black agent work for free, or feel as if it’s a privilege to represent them but instead respect their practice and expertise. Why? When is the other way around, the athlete should be lucky to have the agent and every move is genius. Why? Discouragement has killed more people than guns, but it won’t work here. These men are more than athletes, and I couldn’t be more proud to work with them . The old narratives won’t work. Young kids, this picture is what kicking discouragements ass looks like! Keep believing in yourselves, it will happen for you! #tmc🏁 #BuiltDifferent#Klutch”

In attendance at the Sports Academy in Los Angeles were Klutch clients (and L.A. Laker teammates) LeBron James and Anthony Davis, as well as Draymond Green, Tristan Thompson, Trae Young and Kentavious Caldwell-Pope, among others. Find the post below. 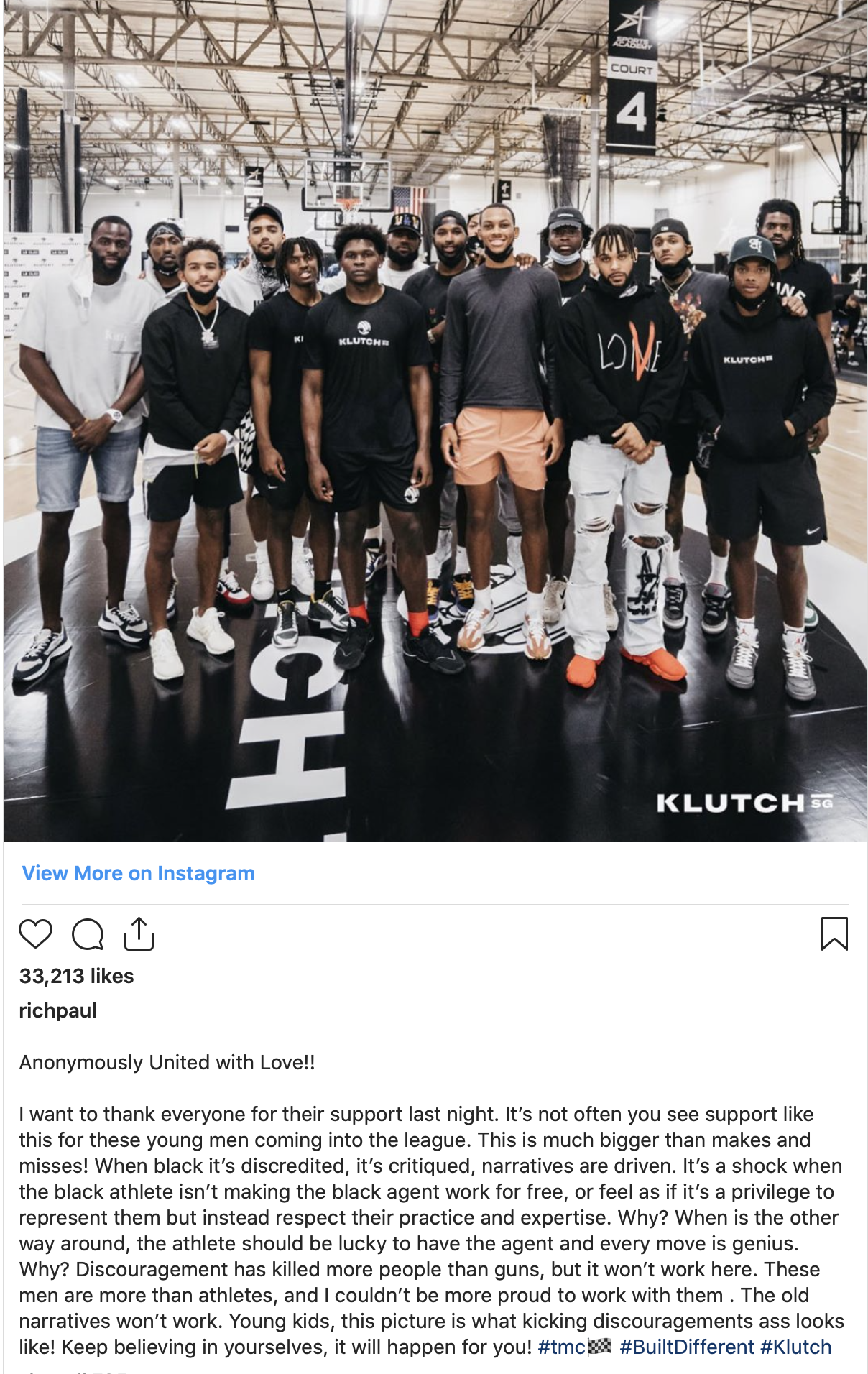