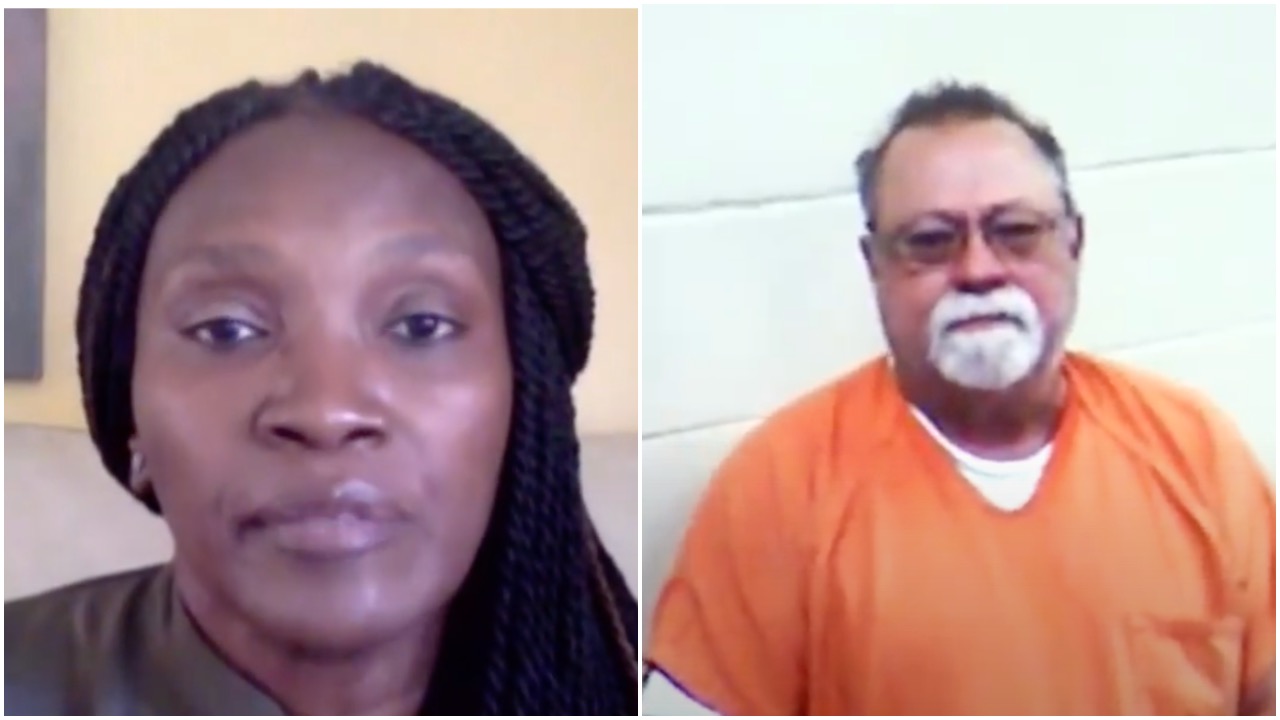 Wanda Cooper-Jones, mother of Ahmaud Arbery, the 25-year-old who was ambushed and murdered by father and son, Gregory and Travis McMichael,  in Georgia while jogging back in February of this year, says she supports the death penalty for Ahmaud’s killers, stating,  “Coming from my point of view, my son died, so they should die as well.”

According to Georgia state law, prosecutors can seek the death penalty if “the capital offense was outrageously or wantonly vile, horrible, or inhuman in that it involved torture, depravity of mind or an aggravated battery to the victim.”

You can watch more of what Ms. Cooper-Jones had to say, including speaking with the newly-appointed prosecutor, Joyette Holmes, above.

In another bizarre twist to this unfortunate case news has surfaced that the initial D.A. in charge of Arbery’s ambush and murder Jackie Johnson is being investigated for hiring and employing Gregory McMichael because the elder McMichael “was not properly certified to be a law enforcement officer.”  Find the news clip from local news Georgia outlet News4Jax WJXT4 below.