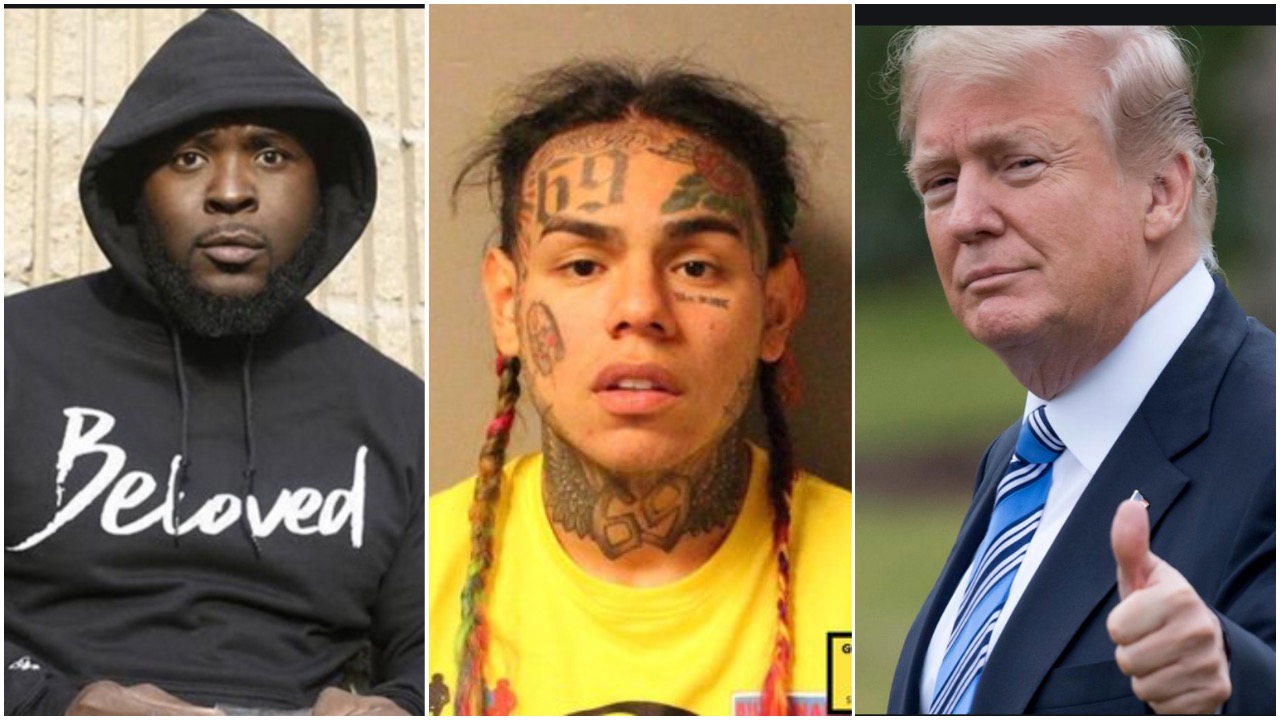 Taxstone, who hails from East New York, Brooklyn, was known as the podcaster who had no issues speaking his mind before being arrested and locked up as he awaits his trial to commence for the January 2017 shooting death of Ronald  McPhatter. McPhatter was the bodyguard of Brooklyn rapper Troy Ave.  The details of the incident are murky. Both Taxstone and Troy Ave continue to accuse each other of instigating the issues which led up to the shooting. Taxstone (legal name: Daryl Campbell) has been indicted on charges of being a felon in possession of a firearm and receiving a gun through interstate commerce.

Taxstone took to social media yesterday (5/8) in order to address 6ix9ine after the snitch rapper dropped his first music video since being allowed to leave prison on home release. Tax captioned the post by writing,

“It’s a sad day in the world where people find sympathy, empathy, and reason in weak people’s decisions. It shows the weakness in most of you. The point that was missed was that a man who committed crimes is now trying to justify why he cooperated. Why didn’t he call the cops when he first got kidnapped? Why didn’t he tell the feds that someone was embezzling his money that was working for him? Why? He cooperated because he did not want to receive the penalties for the risks that he took in the streets. No one put a gun to his head when he said put a hit on Chief Keef. He chose to do that. But because he didn’t want to go to prison he decided to offer information on people. No one told him to fake gang bang, that was his decision. Just say you didn’t want to go to jail so you told. What did @iamcardibdo for you to mention her? What did @casanova_2x do to you? The two of you were just taking pictures together. So is this about the people who stole from you, f*cked your girl, and tried to kidnap you? Or is this just about you not wanting to go to jail for the crimes that you committed? It should be illegal for people who commit crimes to get leniency for making things up about other people. Where they do that at? #BeSafeTho #OnlyInAmerica”

Anyone interested can check out the following article where we break down 6ix9ine’s lies (see here).

In the video Taxstone is referring to a previous August 2018 interview President Trump conducted with Fox News where the issue of “flipping” is addressed. Essentially, the criminal justice system, from petty drug cases to sophisticated grand jury investigations by specially appointed former FBI directors, runs on flipping defendants. Prosecutors leverage this tactic of inducing lower-level targets to implicate higher-ups in exchange for a reduced sentence. Find that video up top. 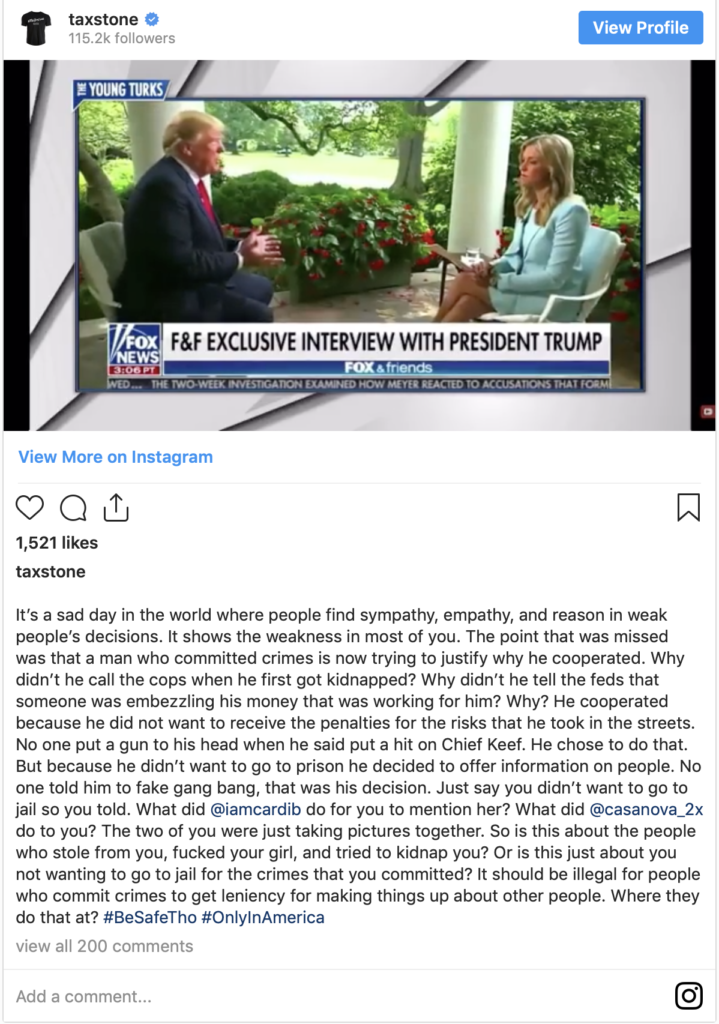