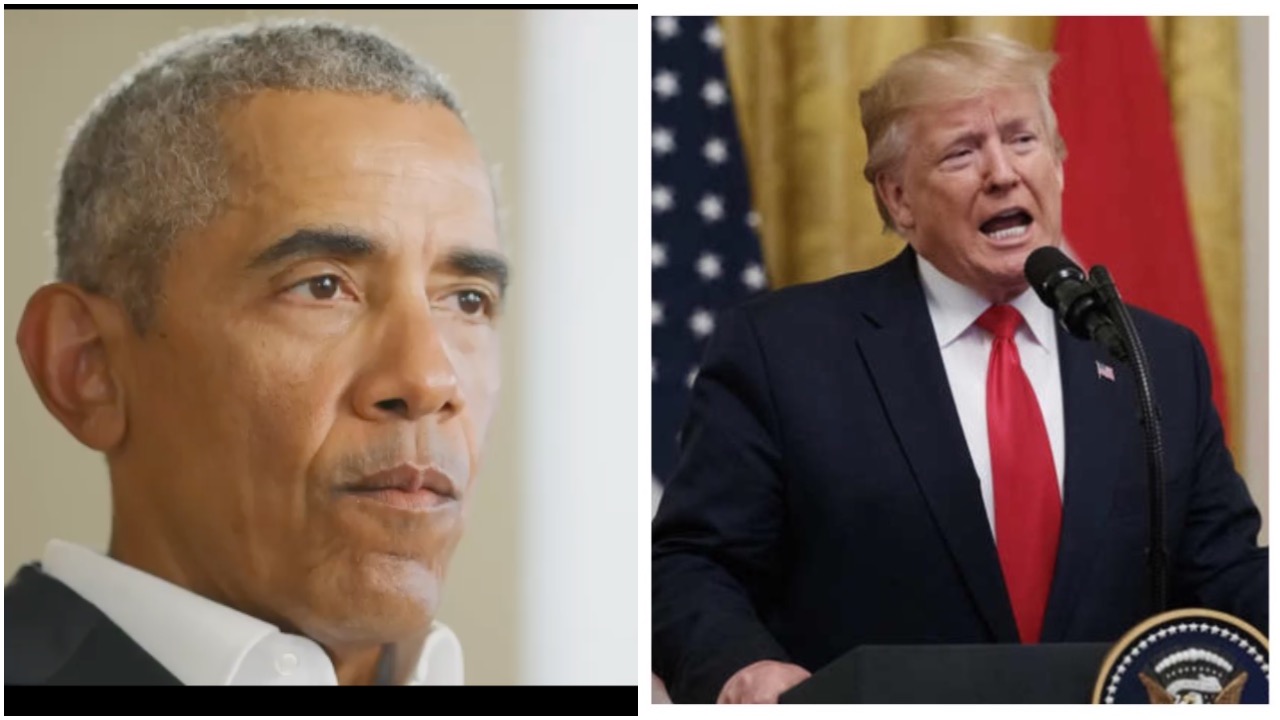 Donald Trump’s share of the Black man’s vote in America increased in the 2020 election in comparison to 2016 and former U.S. President Barack Obama offered his take on this phenomenon.

In an recent interview with media publication The Atlantic the 44th American President addressed matter relating to the coronavirus, his legacy, and the idea that President Trump’s support from Black men might be due to “the bling, the women, the money” which is often front & center in Hip-Hop. Obama also suggested that attention should be paid to how Trump values success and the way a lot of the rap videos convey success.

“It’s interesting—people are writing about the fact that Trump increased his support among Black men [in the 2020 presidential election], and the occasional rapper who supported Trump. I have to remind myself that if you listen to rap music, it’s all about the bling, the women, the money. A lot of rap videos are using the same measures of what it means to be successful as Donald Trump is. Everything is gold-plated. That insinuates itself and seeps into the culture.”

NBC’s exit poll indicates Joe Biden received 80 percent of the support of Black men, whereas Hillary Clinton got 82 percent of the demographic in 2016. Whereas, Obama received 95 percent and 87 percent in 2008 and 2012.

Obama continued by stating, “America has always had a caste system—rich and poor, not just racially but economically—but it wasn’t in your face most of the time when I was growing up. Then you start seeing Lifestyles of the Rich and Famous, that sense that either you’ve got it or you’re a loser. And Donald Trump epitomizes that cultural movement that is deeply ingrained now in American culture.”

Obama also thinks  Trump’s popularity on television helped propel #45 into the world of politics, showcasing “the power of television in culture” while also stating, “I certainly don’t watch reality shows.”

While Trump continues to insist that election fraud happened on a rampant scale, Obama addressed Trump’s refusal to concede the 2020 elections, stating,  “For all the differences between myself and George W. Bush, he and his administration could not have been more gracious and intentional about ensuring a smooth handoff. One of the really distressing things about the current situation is the amount of time that is being lost because of Donald Trump’s petulance and the unwillingness of other Republicans to call him on it.”

Do you feel as though Obama is being insulting by suggesting that the Black male vote is easily swayed by “the bling, the women, the money” displayed in rap videos considering the demographic who actually watches music vides are generally teenagers and young adults?