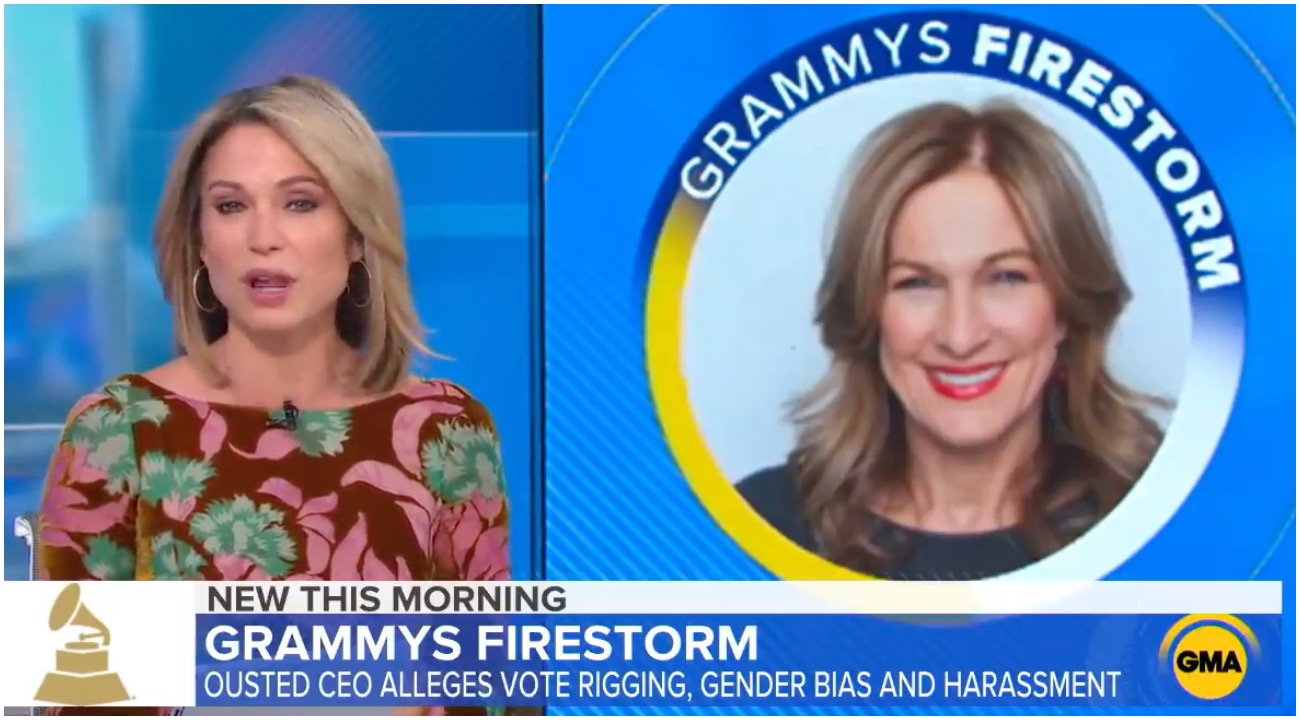 Deborah Dugan was hired as CEO of the Recording Academy/ Grammy Awards in August 2019. Afterwards, she was clear about her mission to rid the secretive institution of its corruption, secrecy and aimed to make the Grammy Awards process more transparent. Keep in mind, a Grammy Award is a big deal. Dugan was

Dugan was placed on administrative leave only three weeks after sending a memo to the Recording Academy’s head of Human Resources outlining “’exorbitant and unnecessary’” legal bills, and conflicts of interest involving members of the academy’s board, executive committee and outside lawyers.”

Now, Dugan, the first female to hold the title of CEO for the Recording Academy, is publicly claiming in a bombshell accusation that the voting system for the Grammys is “rigged.” Many of us who observed The Grammy’s over the years believe this but to have the (suspended) CEO publicly state is groundbreaking.

A transparent nomination process, Dugan claims, is not encouraged. Rather, submissions for Grammy awards are said to begin with a vote from voting members, after which top 20 selections are looked over by “secret committees” whose members are picked by Head of Awards Bill Freimuth and the Board Chair. Dugan claims these committees have members “who represent or have relationships with” potentially nominated artists. The Board is then alleged to use the committees to promote artists who have relationships with them.

Some people might think no big deal but the credibility in our society associated in the minds of the masses for the artist winning a Grammy Award is huge. Explained differently, this could explain why genuine artists who are not bankrolled by entertainment industry seem to never win these awards. Over the years, this could be skewing perceptions about quality of the art itself.

Dugan didn’t stop there. She also alleges regarding the voting process,

“[O]ne artist who initially ranked 18 out of 20 in the 2019 Song of the Year category ended up with a nomination. This artist was actually permitted to sit on the Song of the Year nomination committee. Incredibly, this artist is also represented by a member of the Board. As a result of the foregoing, it is not surprising that many high caliber artists who could have taken home the award in a specific category have, at times, not been nominated at all. For instance, Ed Sheeran and Ariana Grande, who had been voted for by the membership, missed out on nominations in the 2019 Song of the Year category in part because the aforementioned artist who ranked 18 out of 20 was nominated instead.”

Then, on Good Morning America, Dugan said she has evidence to back up all of her claims. “There are conflicts of interest that go on . . . I have evidence [of] that in another room because there were complaints made in the jazz category,” Catch that video below. Anyone interested in reading Ms. Dugan’s complete bombshell accusations leveled against the Recording Academy should check out her official complaint registered with the Equal Opportunity Commission Los Angeles District Office in Deborah Dugan vs. National Academy of Recording Artists and Sciences here.