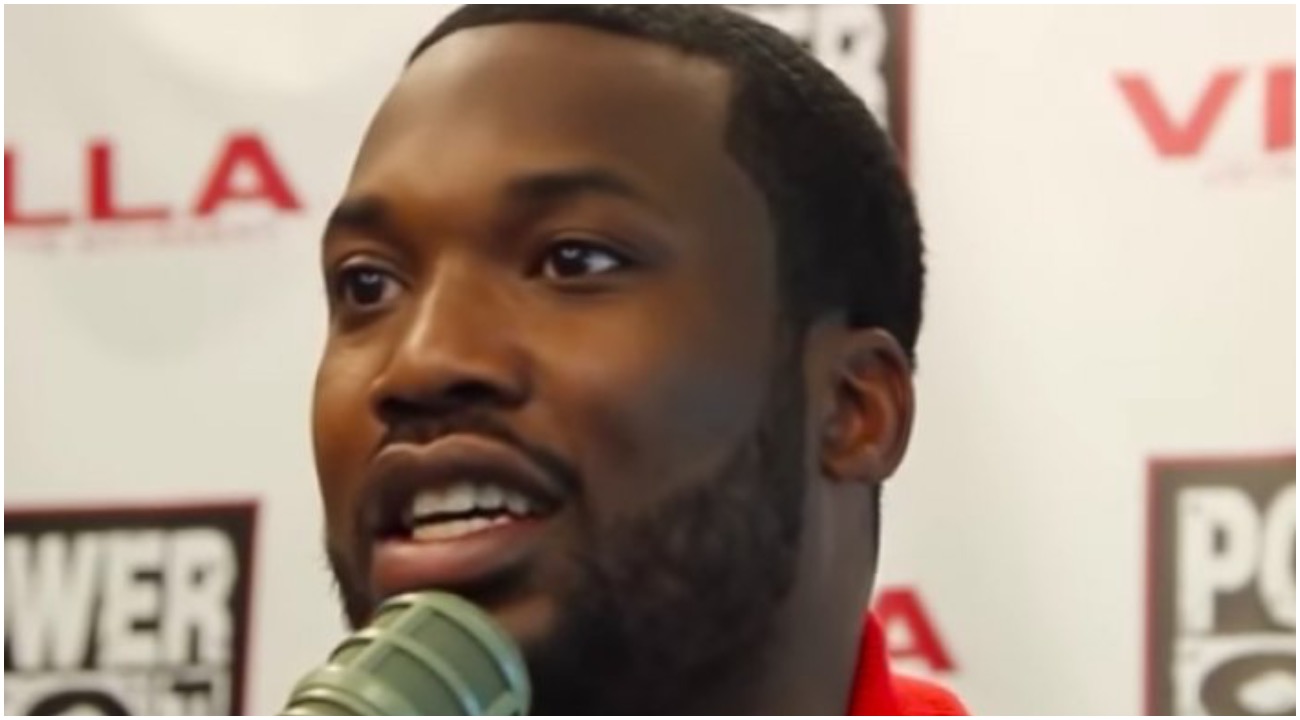 Meek Mill took to social media to plead with Philly rappers to stop beefing and ending the vicious cycle.  Meek wished Boosie and Benny the Butcher “well” after both rappers were shot in the leg this past week in Texas (although the two incidents are unrelated). Sadly, Dallas rapper MO3 was also shot and killed this past week.

Meek tweeted,  “I’ll get all the main big artist in philly a deal if they put them bodies behind them and squash them beefs …I hear about ….got some hot young bulls from my city but they all beefing!” “And when I say bodies I mean friends or family you lost!”

Earlier this year, Meek tweeted a similar message about violence, writing, “The amount of animosity built up in my hood got the young bulls killing each other 200mph while a virus chasing their parents down to kill them too! Somebody gotta identify what happened to our mindframe in certain cities! The hate level too high for blacks.”

Meek also responded to allegation that he isn’t doing enough to help put on Philly rappers, stating, “Why y’all always leave out the part when y’all got treated! I ain’t got no hate left in my heart for my people lol but damn ….” 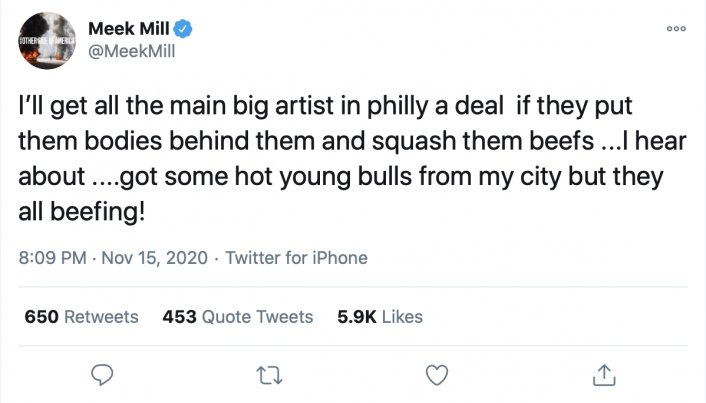 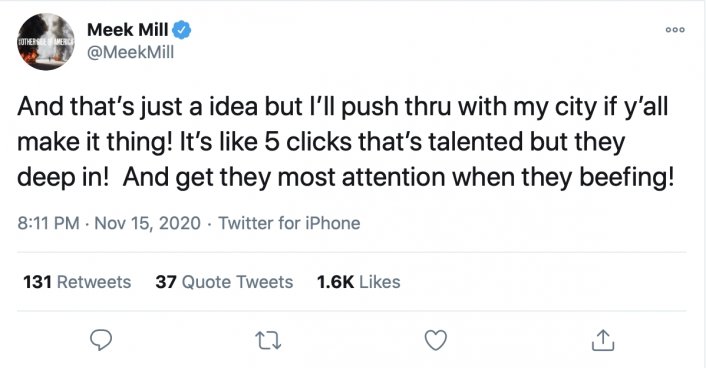 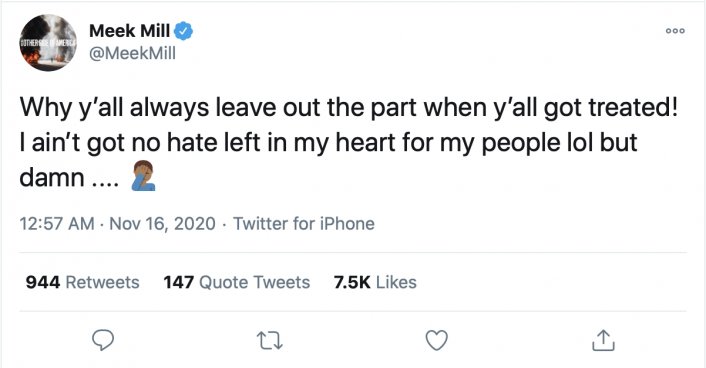 Meanwhile, the Drill Rap scene appears to have entrenched itself in Philadelphia, a city otherwise known for being firmly rooted in Hip-Hop’s 5 elements for decades. Find the video below from Mir220.