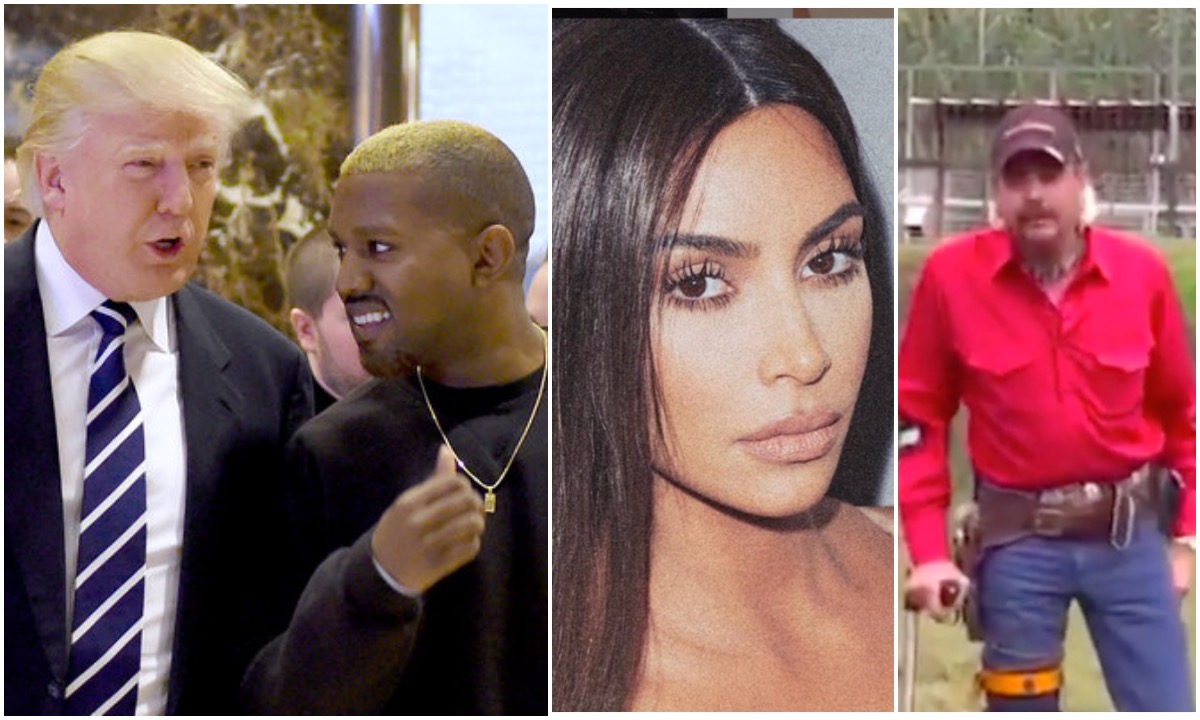 Joe Exotic, (who’s born name was Joseph Allen Schreibvogel before legally changing it to Joseph Allen Maldonado-Passage), was sentenced to 22 years in prison this past January and following his widely popular docuseries ‘Tiger King: Murder, Mayhem and Madness’ on Netflix, has caught the attention of Americans far and wide during the ongoing Coronavirus “pandemic.”

Now, it’s being reported by High Snobiety that Kanye West and Kim Kardashian have spoken with President Donald Trump in regards to having Exotic’s case tossed out. Cardi B also recently expressed support for the embattled TV personality.

Bout to start a gofundme account for Joe .He shall be free.

Joe Exotic’s 22-year prison sentence came as a result of trying to arrange the murder of his adversary, Carole Baskin. Baskin and Exotic beefed over as to whether or not the “Tiger King” was engaging in animal cruelty, or, as Baskin described, “an industry of misery.”

Notwithstanding the criticism, the West’s (Kanye and Kim) have petitioned the President to free Exotic, according to High Snobiety. They met with Trump via a Zoom (computer-based) call but not much else is known of the meeting.

“I’m as riled up as a mangy dog gettin’ sudsed up in the tub. It ain’t right that some famous celebrity can ring up Trump and take a dump on the concerns of all them big kitties. They ain’t got no president who’s gonna care for em or listen to em purr real good. Just because that murdering pelt-wearin Kardashian can string two words together don’t make her a lawyer, so I don’t see why any federal counsel would treat her as such!”

We’ll have more on this matter as the details become available. In case you missed it, a 2015 video has surfaced of Joe Exotic proclaiming it’s unfair for a White man to not be able to say the N-Word. Find that video up top.