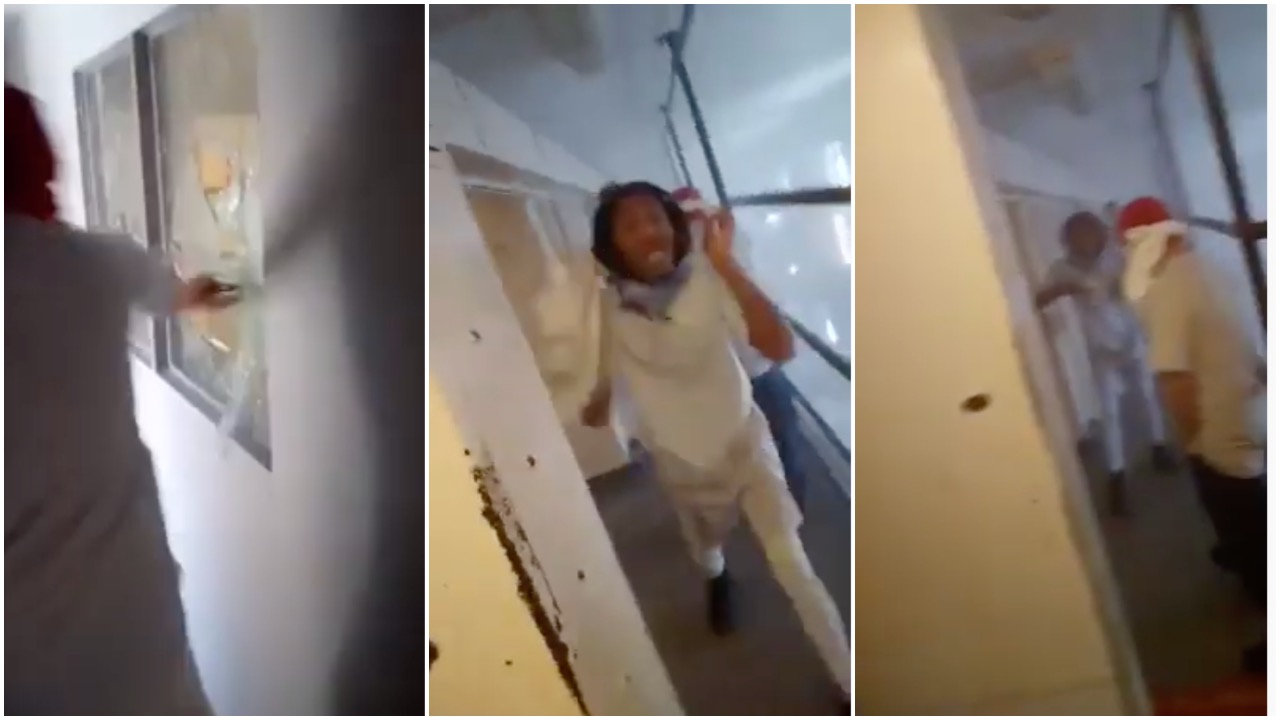 Videos have leaked of a Washington State prison riot which started after inmates reportedly began being diagnosed with COVID-19 (i.e., Coronavirus). The prison in Monroe, Washington (located approximately 35 miles north of Seattle) had over 100 prisoners rioting after six prisoners tested positive for Coronavirus, according to the Washington State Department of Corrections (DOC). The DOC now reports 8 people have tested positive for the virus.

The riots began, according to Tacoma-based The News Tribune,to “halt the demonstration with verbal commands, pepper spray, and sting balls, which release light, noise and rubber pellets. The inmates returned to the living unit and were told by guards to get on their bunk beds, but about 50 would not, said DOC spokesperson Susan Biller.”. Biller is then quoted as stating, “That was when they started behavior of knocking stuff over and making a mess,…I have confirmation of [guards] hearing from [inmates] in the living unit that if they came down there, there would be harm to them.”

Catch the two leaked videos (1 below, 1 up top) of the inmates rioting. NOTE: THE PERSON WHO UPLOADED THE VIDEOS INCORRECTLY LISTS THE PRISONS AS BEING LOCATED IN LOUISIANA (presumably confusing Monroe, LA with Monroe, WA). ANYONE SEEKING MORE INFORMATION CAN REFERENCE THE TWO LINKS WE’VE INCLUDED IN THIS POST.