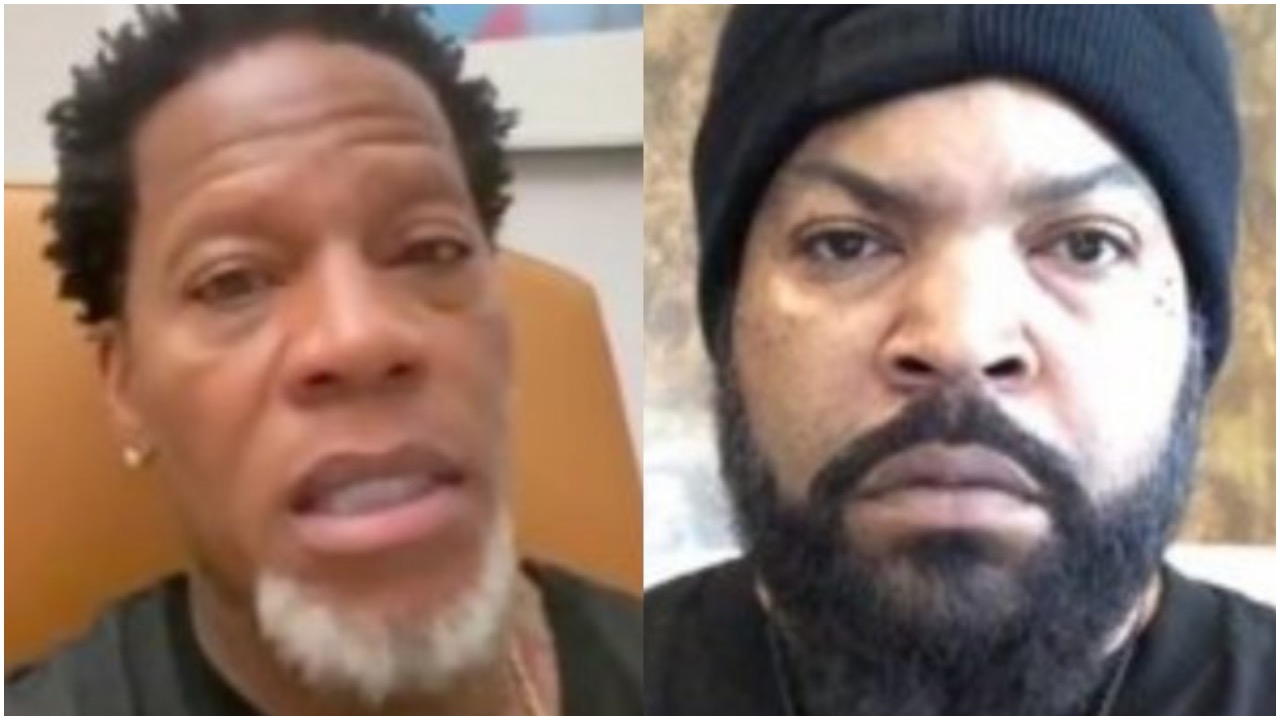 Ice Cube took to social media to respond to D.L. Hughley and other critics who expressed their opposition to the entrepreneur’s decision to engage in talks with the Trump administration over Cube ‘Contract With Black America.’

The first response came on 10/16 after D.L. Hughley retweeted an article from Politico titled, “The inside story of how Ice Cube joined forces with Donald Trump,” to which Ice Cube responded, “Joined forces? Stop pushing these bull**** headlines.”

When the comedian retweeted another article from Medium criticizing the rapper, Ice Cube responded with a middle finger emoji.

Today (10/190, Cube correctly addressed D.L.’s statement about Cube not being qualified to speak with Trump’s campaign and questioned the credentials of others who share the comedian’s opinion.

“I hope all these people with podcast and radio shows telling the world I’m too unqualified and uneducated to talk about a document I created, don’t get asked to pull out their Communications degrees and show you they are qualified and educated enough to speak to you over airwaves,” 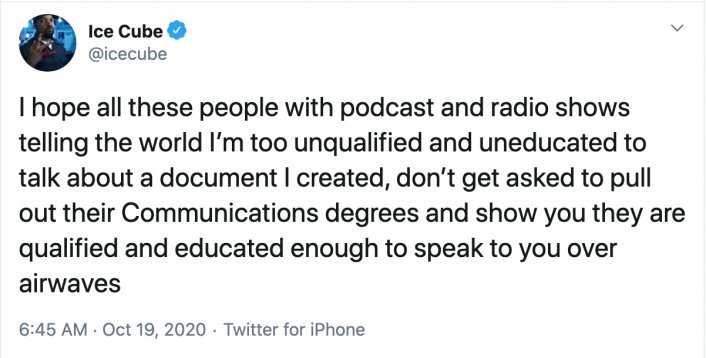