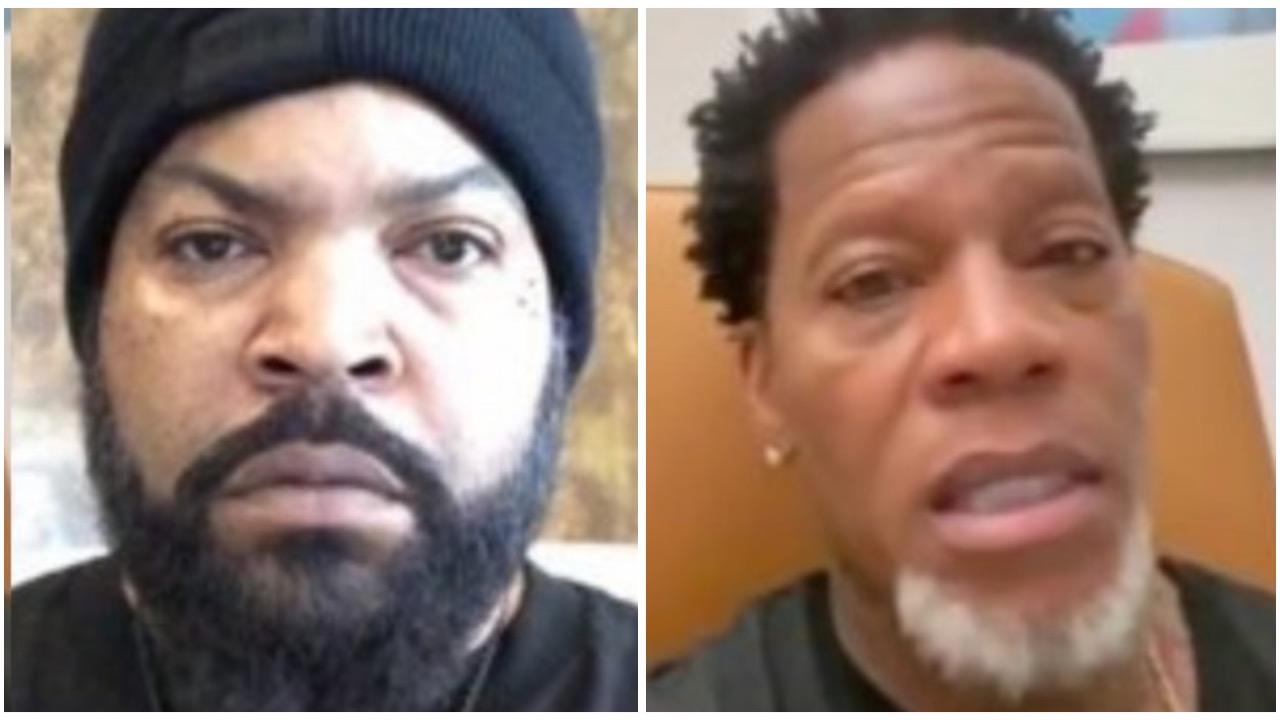 While the United States continues to anxiously await final election results from the race for U.S. President, Ice Cube took time out to level blunt criticism at the countless online trolls who relentlessly criticized his meeting with senior members of the Trump campaign in order to discuss Cube’s “Contract With Black America” which helped produce the Trump administration’s “Platinum Plan.” The President stated that the “Platinum Plan” was a “contract with Black-Americans” which would invest $500 Billion in the Black-American community while targeting, among other things, Black home- & business-ownership and the establishment of Black-owned banks.

DL Hughley, for instance, took to Twitter and mock Ice Cube by reposting the following article with the headline stating, “Ice Cube Isn’t Winning At Chess–He’s Losing At Poker.” 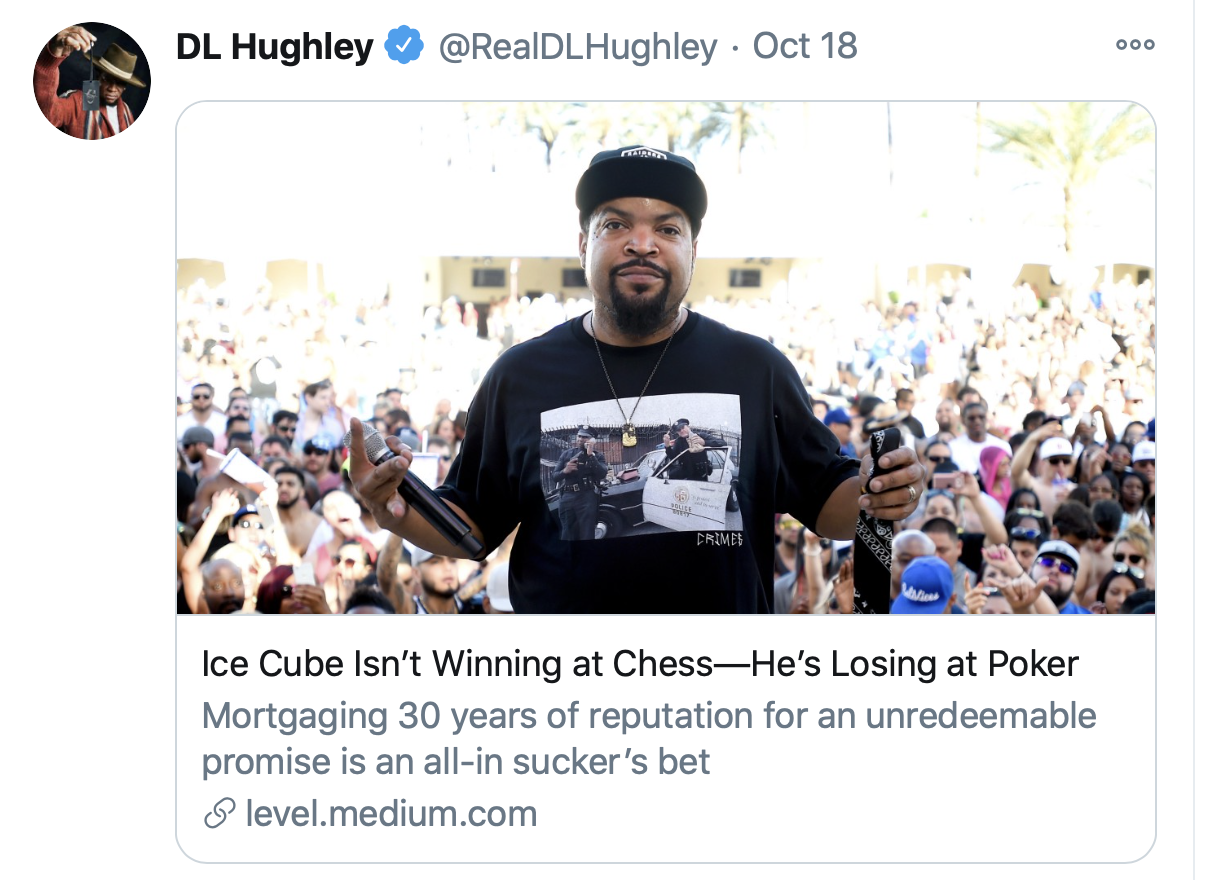 To which Ice Cube promptly responded by with,

A few days prior DL Hughley stated that Ice Cube isbn’t qualified to speak on such matters.

Ice Cube, undeterred, proceeded to give multiple interviews with CNN, Willie D, Lord Jamar and others where the business mogul explained how he not only sought to pitch his “Contract With Black America” to the Trump administration but also to the team of Joe Biden. Cube would also explain whereas the Trump team was eager to meet with him in order to discuss the document the Biden team insisted on meeting after the election.

This morning (7/5) Ice Cube put out the following tweet, stating,

“Let me get this straight, I get the president of the United States to agree to put over half a trillion dollars of capital in the Black Community (without an endorsement) and N***as are mad at me? …have a nice life.” 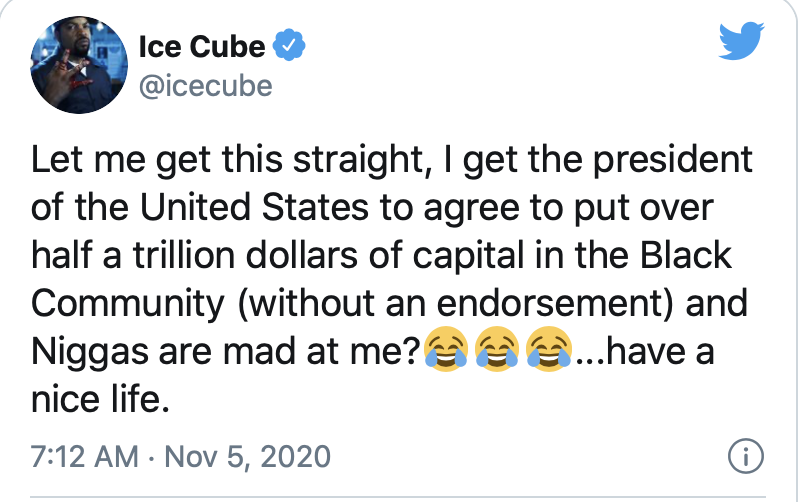 Many observers feel Ice Cube is justified in taking issue with every person who’s criticized him. Cube has been on the front-lines candidly explaining the plight of the ghetto for decades whether it was in his rhymes, films or TV interviews. One example alone is the video up top from 1993.