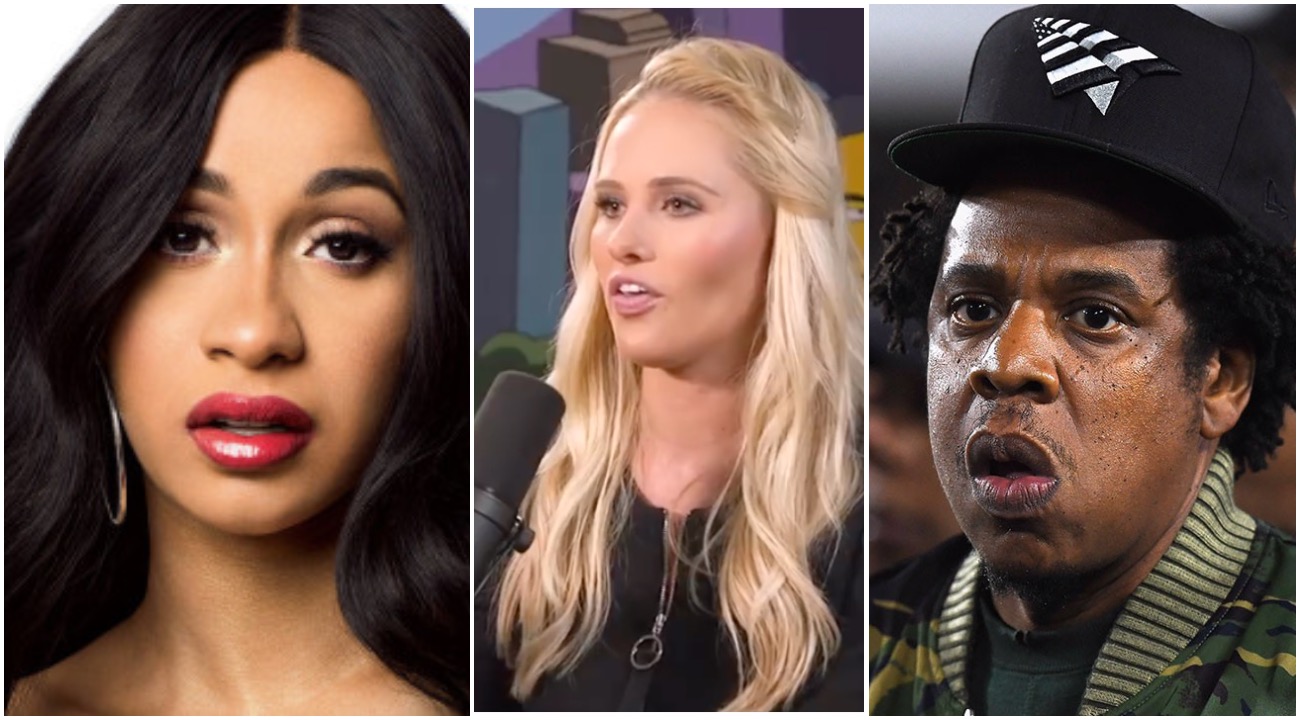 Tomi Lahren is back to using stereotypical language with a racist slant. If Tomi Lahren is going to criticize anyone for selling drugs let her start with the CIA and their role in disrupting every Black community across the United States. Before the infamous Crack Epidemic the Black-American family unit was vigorous, notwithstanding massive poverty levels and the civil rights struggle. The Crack Era decimated American-Black men, women and children to which this community continues to recover from to this very day. Anyone curious to understand more about this phenomena can information here.

Lahren, who demonstrates more and more that her only value as a journalist consists of using sensationalized language in order to shock and arouse an insecure, albeit loud, fanbase of men who she seems to speak for. Now she’s back to attacking Jay-Z through her platform in the media and via her social media accounts. The first post below is from August 2019.

Lahren seems to only troll rappers. Catch her latest posts below.

Notice in this final tweet Cardi B jumps in (after being tagged by a Twitter user) and writes, “Get me my leash” 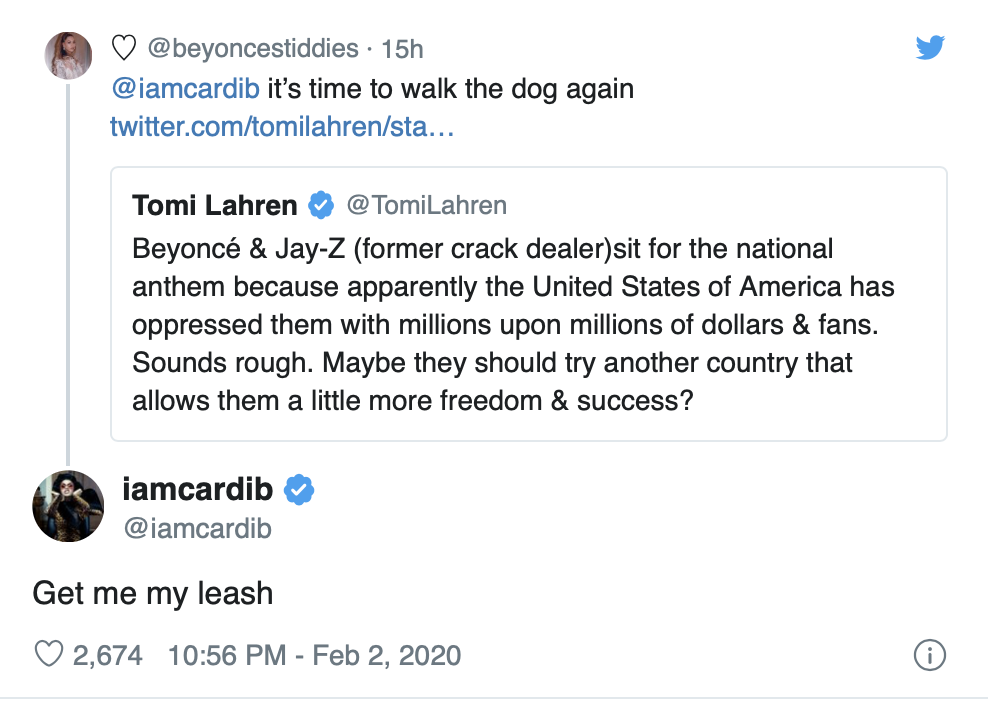 This isn’t the first time Cardi has publicly went after Lahren. One year ago, Cardi posted the following:

Before that, in January 2019 the two females were again going at each other on Twitter which was prompted after Lahren publicly went after Congressional Representative Alexandria Ocasio-Cortez:

You’re so blinded with racism that you don’t even realize the decisions the president you root for is destroying the country you claim to love so much .You are a perfect example on no matter how educated or smart you think you are you still a SHEEP! https://t.co/khRpoOt16B

Aren’t you the same girl who whines about Trump inciting violence? Now you applaud it because it’s against a female conservative you disagree with politically? Convenient. P.S. I do fully acknowledge @iamcardib is smarter than YOU. https://t.co/S066IdLMB6

Again, anyone curious to understand more about the Crack Epidemic can find information on that matter here.