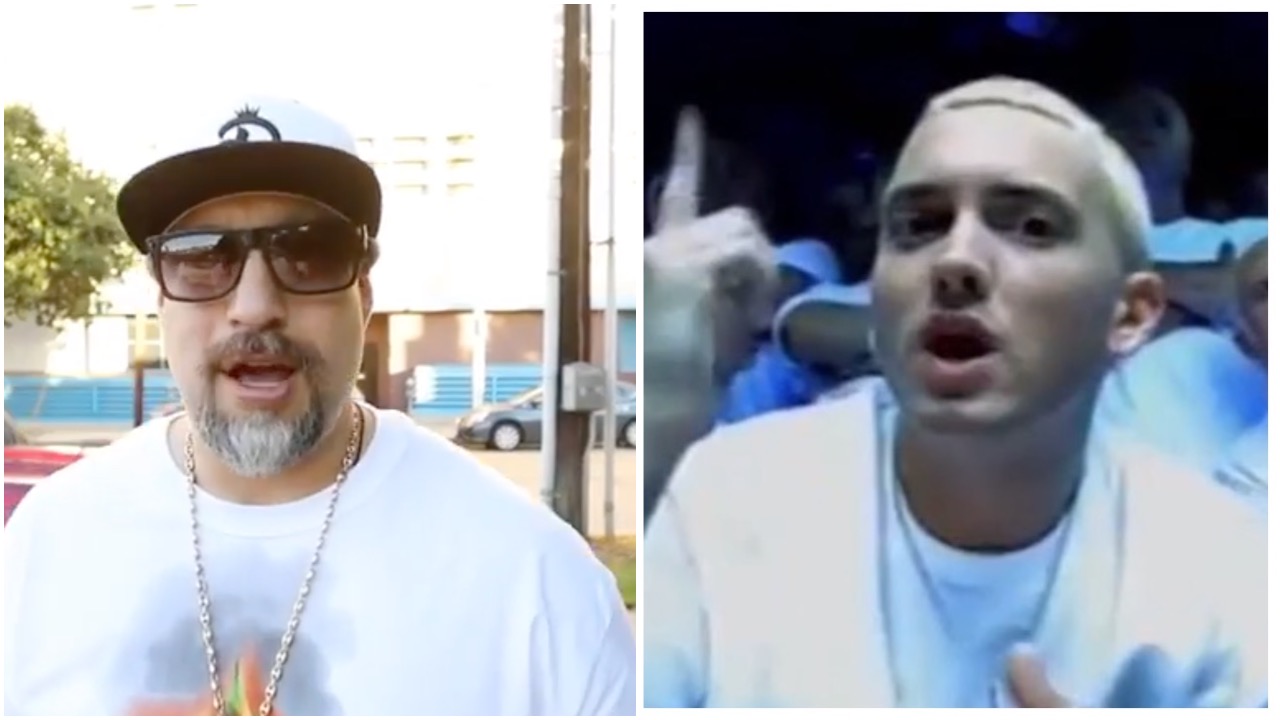 Eminem fans may recall in the early 2000’s how Em was beefing with Murder Inc., Benzino and, eventually, Suge Knight’s repurposed Death Row Records. In 2003, the veteran Detroit-rapper dropped a track with the Boo-Yah T.R.I.B.E. Although the track initially seemed like a strange combination we found out recently why the parties came together on the track, ‘911,’ along with Cypress Hill member B-Real.

As we explained back in late October in an in-depth article, Eminem was getting “extorted by some Crips” according to Monsta Gunjah (read the full article here). Gunjah is kinfolk to members of the Boo-Yaa T.R.I.B.E. Now, B-Real has reflected on the situation during a recent interview with HipHopDX. When asked about Eminem being “extorted” in accordance with Monsta Gunjah’s story, B-Real answered,

“I didn’t hear too much about that because I never got involved with any of that stuff with Em.” B-Real then explained how he got on the track with Em & Boo-Yaa T.R.I.B.E, stating,  “They just called me to be on this record and Boo-Yaa, they’ve always been family to us. Ganxsta Ridd was one of my big time homies. They were always with us in the early days.”

The Cypress Hill member continued,  “And I didn’t think of the politics, he was just somebody I wanted to get down with because I love Em…He’s one of my favorite top three, and so I had a chance to work with him there, along with my family. It was a no brainer to me, and yeah, you know the politics I heard about it later, but Boo-Ya washed that sh*t out for them….If [Boo-Yaa T.R.I.B.E] got behind you and they said, ‘Hey, he’s with us,’ you don’t f*ck with him. Nobody f*cks with those guys. But yeah, I was just glad to get on it, and me and Em talked about it some time later, and it was just a cool experience.”

If you’re interested in revisiting Monsta Gunjah’s interview you can find it up top. Anyone seeking to better understand the need for rapper’s getting protection out West can read this piece here.