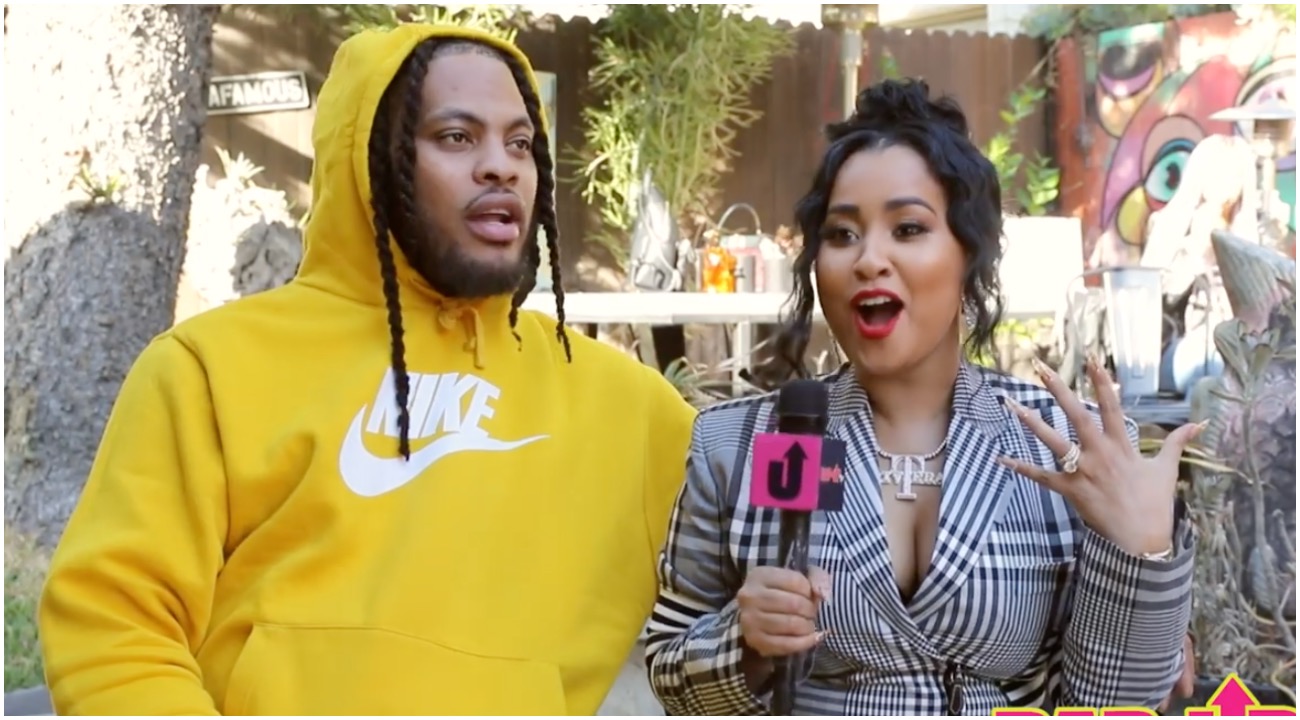 Waka Flocka clarified his recent statements about his rap skillz where he called himself a “wack rapper” claiming that it was a form of “reverse psychology.” During an interview with Rap-Up TV, Waka claims the statement was intended to get others to admit that he had an influence on them.

Waka Flocka also goes on to state that if men are expected to provide then it’s only logical to expect women to “cook and clean.” Waka states,

“I don’t think you should earn what Nature already designed you to be.” At which point, Waka’s wife, Ms. Tammy Rivera, interrupts her husband and pointedly asks, “What Nature designed us to do?…..What is that? Cook and clean?” Waka answers in the affirmative with his body language and proceeds to contrast this expectation of men to “provide.” Waka responds, “So why is the pressure of man is the provider? Be a Man around the house! No, be a Woman!”

Catch the brief debate up top. We’ve also included Waka’s previous statement where he called himself a “wack rapper” below to which Waka stated the following,

“It was more reverse psychology, […] It was more so of this generation and the people that got power and feel that way—You know I be seeing make these little lists that say ‘Influential people of the decade.’ And I be sitting here like, ‘Yo, Hip-Hop never sounded like this before me. Who’s more influential than that? Okay, cool I’mma wack rapper I guess.’ Let me say I’mma wack just so y’all can actually hear people say ‘No this guy’s actually the GOAT—one of the GOATs—I’m not saying I’m the GOAT. I actually be sitting next to them by default.”