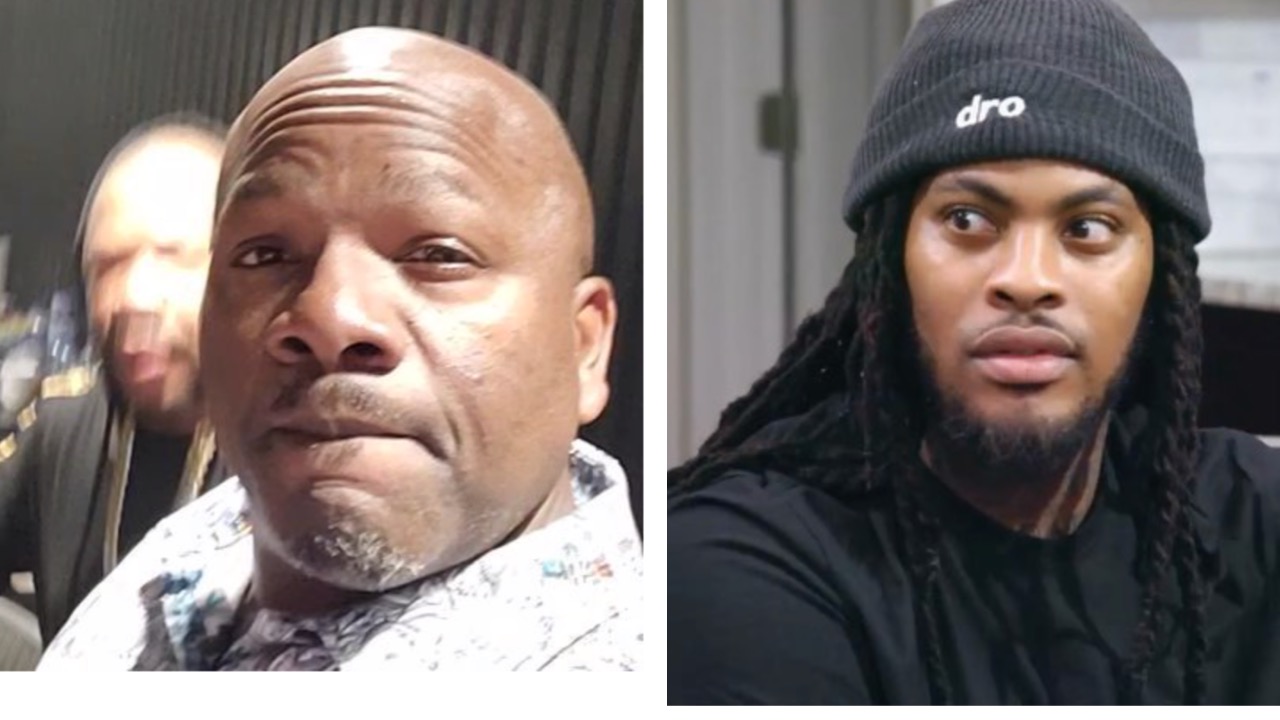 Big U took time out in order to second Waka Flocka’s suggestion about being a “man.” This came after Wake took to social media and posted the following in regards to the “Switch Challenge”:

“Never will I act or dress like a female:
Not for promo. Not for comedy and damn sure not for a f*cking challenge. Where’s the be a real man challenge 🤔 it’s like being feminine a wave 🤦🏾‍♂️ please stay W👁KE #WhatTheFlocka”

Female boxing champion Claressa Shields seemed to disagree with Walk over the Switch Challenge anyway after suggesting that a boyfriend/ husband doing the Switch with his girlfriend/ wife is no different than a father/ daughter relationship.

“The thing is, it’s for fun. Some men know for a fact they aren’t gay. Just like when fathers polish their nails with their daughters. If you know truly what you are and what you stand for, something as simple as switching clothes will not make me feel less of a man.”

West Coast triple OG Big U took to social media and reposted Waka’s post regarding the Switch Challenge and added his own commentary in so far as a “NEVER GOING TO PUT ON YALL DRESS.” 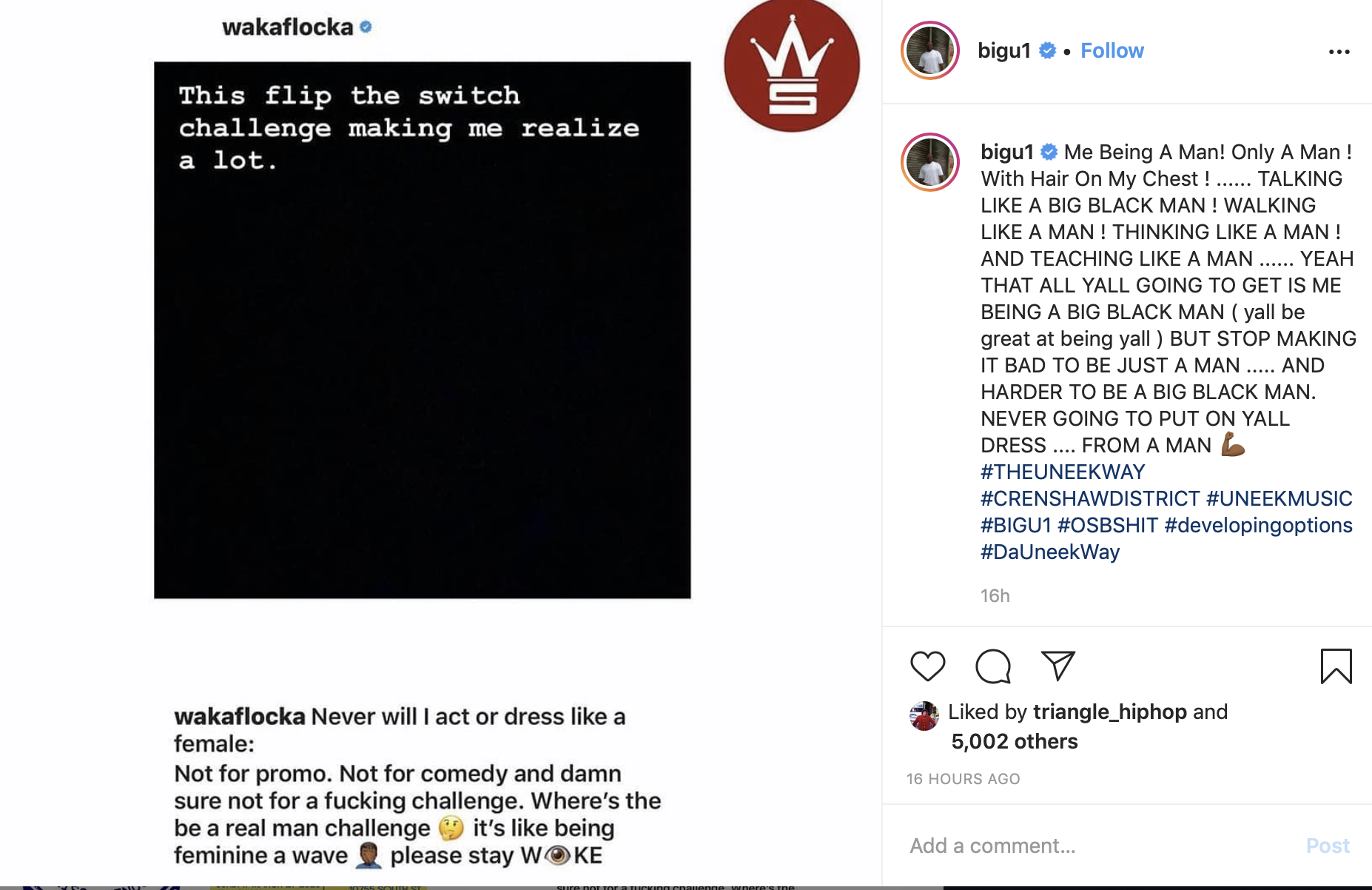 Jennifer Lopez recently had A-Rod doing the “switch.” Find that clip below.