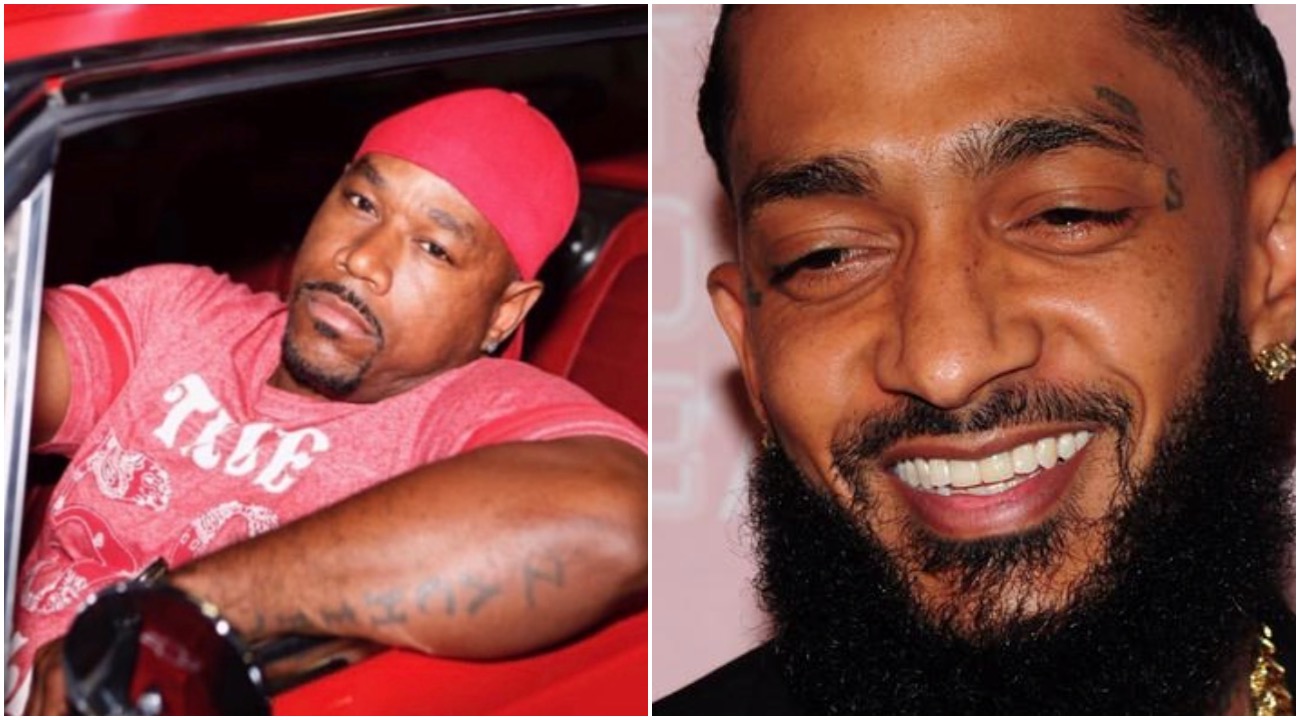 Wack100 is the “old head” version of 6ix9ine. He trolls himself into relevancy. Besides that, he’s a person nobody would talk about. Comparing him to 6ix9ine is adequate. Recall Wack100 wanted everyone to think he and Mike Tyson got into a fight. Then, we realized he was trolling. He also likes to call people fake gagsters (e.g., YG) while promoting CB4 personalities such as Blueface. Similar to 6ix9ine, Wack likes to often times say the most outrageous things in order to keep his buzz alive. Such is the state of the Rap Game in 2019. It’s more or less based on trolling than it is based on skill. Unfortunately, getting passed the noise is a challenge for most rappers these days but there are exceptions to the rule. Plenty of exceptions to the rule. The Griselda movement is one. Dave East, Nino Man, Maxo Kream, the entire Dreamville roster, Rapsody, Freddie Gibbs and many others. The late Nipsey Hussle & Mac Miller (rip) are two other examples of rappers who blessed the underground circuit for years at the expense of mainstream likeness but built up solid bases of real rap fans. Unfortunately, there are examples of rappers, i.e., skilled emcees, who have yet to get that sort of shine but they don’t resort to sucker tactics (i.e., shock value) in order to create buzz. Rappers that come to mind are Locksmith, Mayhem Lauren & Termonology.

Moving along, we now get to the point of this article. Word on the West Coast since last night is that Wack 100 allegedly has been audio taped criticizing Nipsey Hussle. The audio has been allegedly played to Nip’s people. The criticisms allegedly leveled at Nip are low class on multiple levels. One, nobody should speak on the dead. Two, one would expect everyone from the rap community out West to appreciate the relevance Nipsey Hussle helped bring back to West Coast street rap. Three, Nip’s social work in the community is a testament of his greatness. Only a sucker would not be able to comprehend that. Then again, we live in a world full of suckers.

The alleged recording has yet to be leaked however the following statement is floating online. 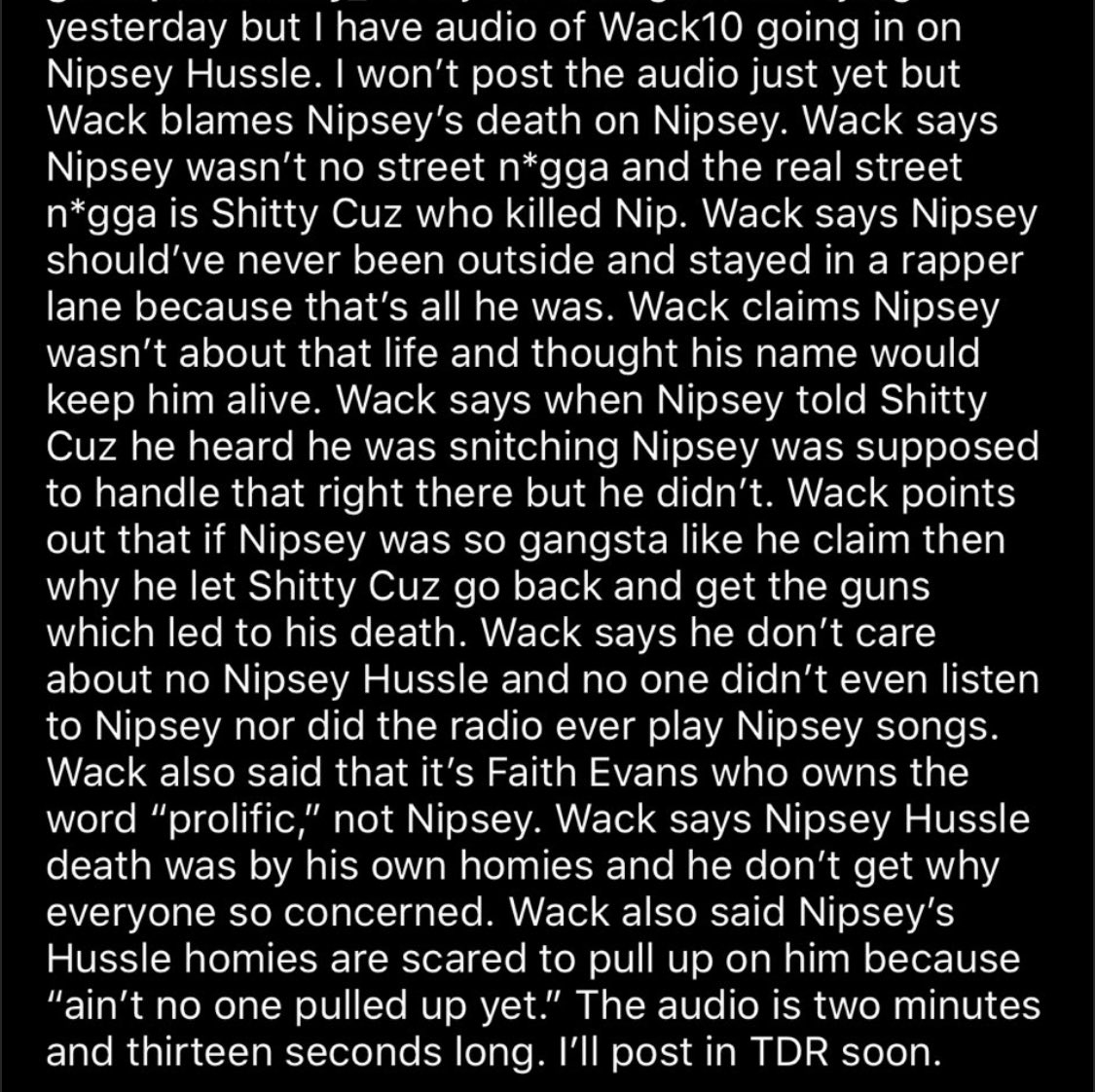 Allow us to give some context to the situation. Wack100 is The Game’s manager. Recently, we posted at article explaining about a potential disagreement between The Game and Nip’s people over The Game’s founding of his Prolific Records label. The disagreement was presumed to be over The Game’s using of the term “prolific.” We do a thorough job explaining that issue in this article here for anyone who didn’t read it. 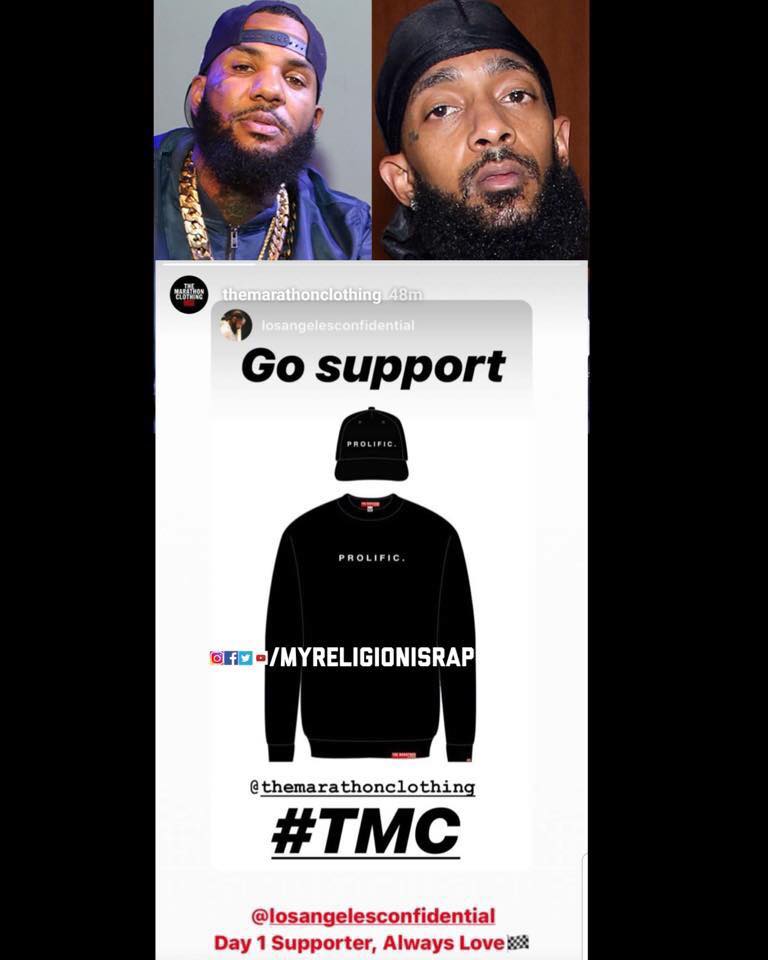 One presumed there was no misunderstanding following these exchanges of support from The Game and the TMC camp. However, as we explained above word on the West Coast is that Wack 100 was recorded saying some sucker stuff about Nipsey Hussle. But that’s only hearsay. Then, Wack100 posted something in what appears to be him defending the alleged recording. Check out Wack’s post from around midnight last night. We took a still shot of the photo because celebrities have a tendency to delete their posts. 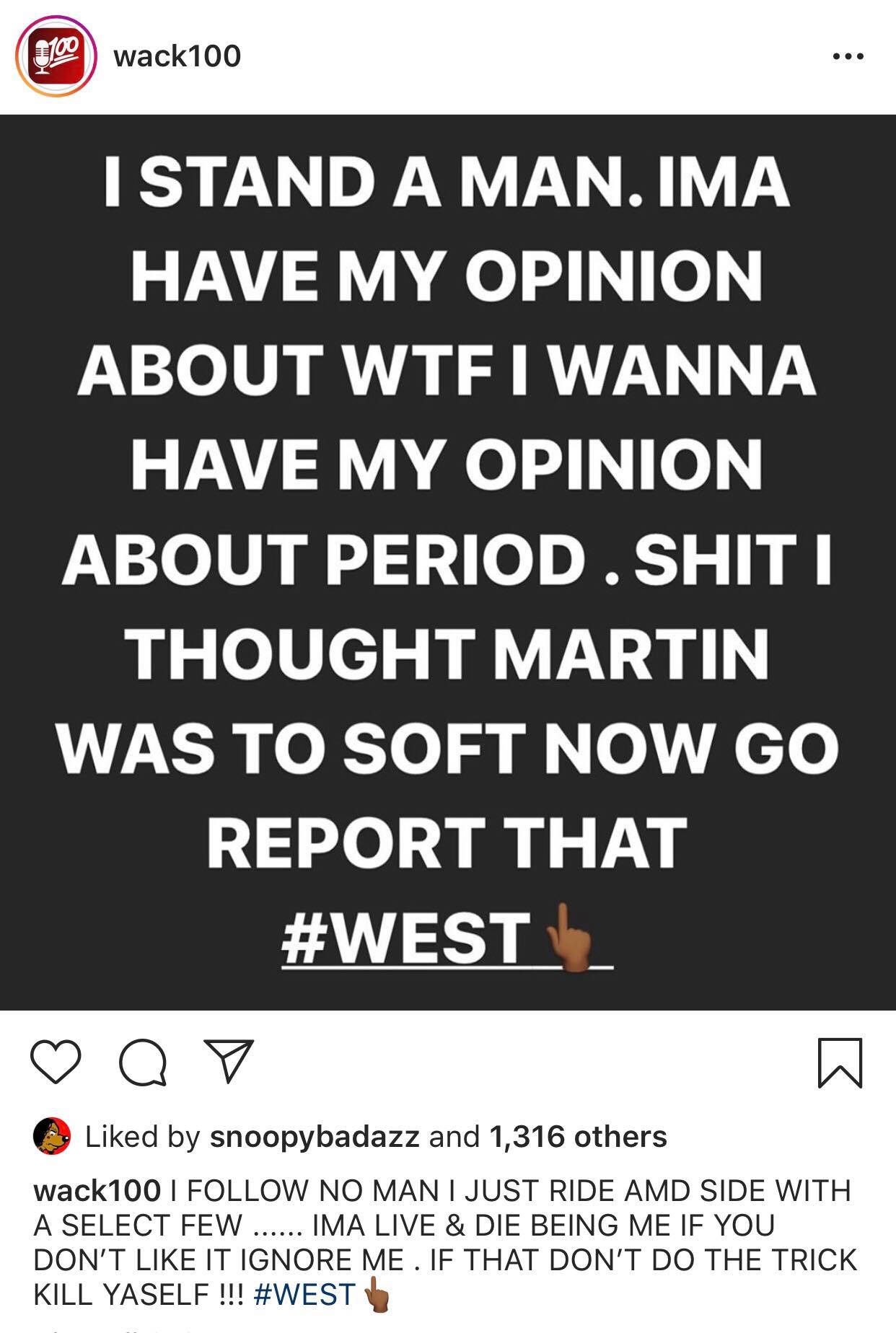 Then, earlier this morning (10/19), Wack posted the following information implying why The Game should have no problem using the term “prolific” as the name of his record label (and brand hence). Wack showcases how Faith Evans also used the term. 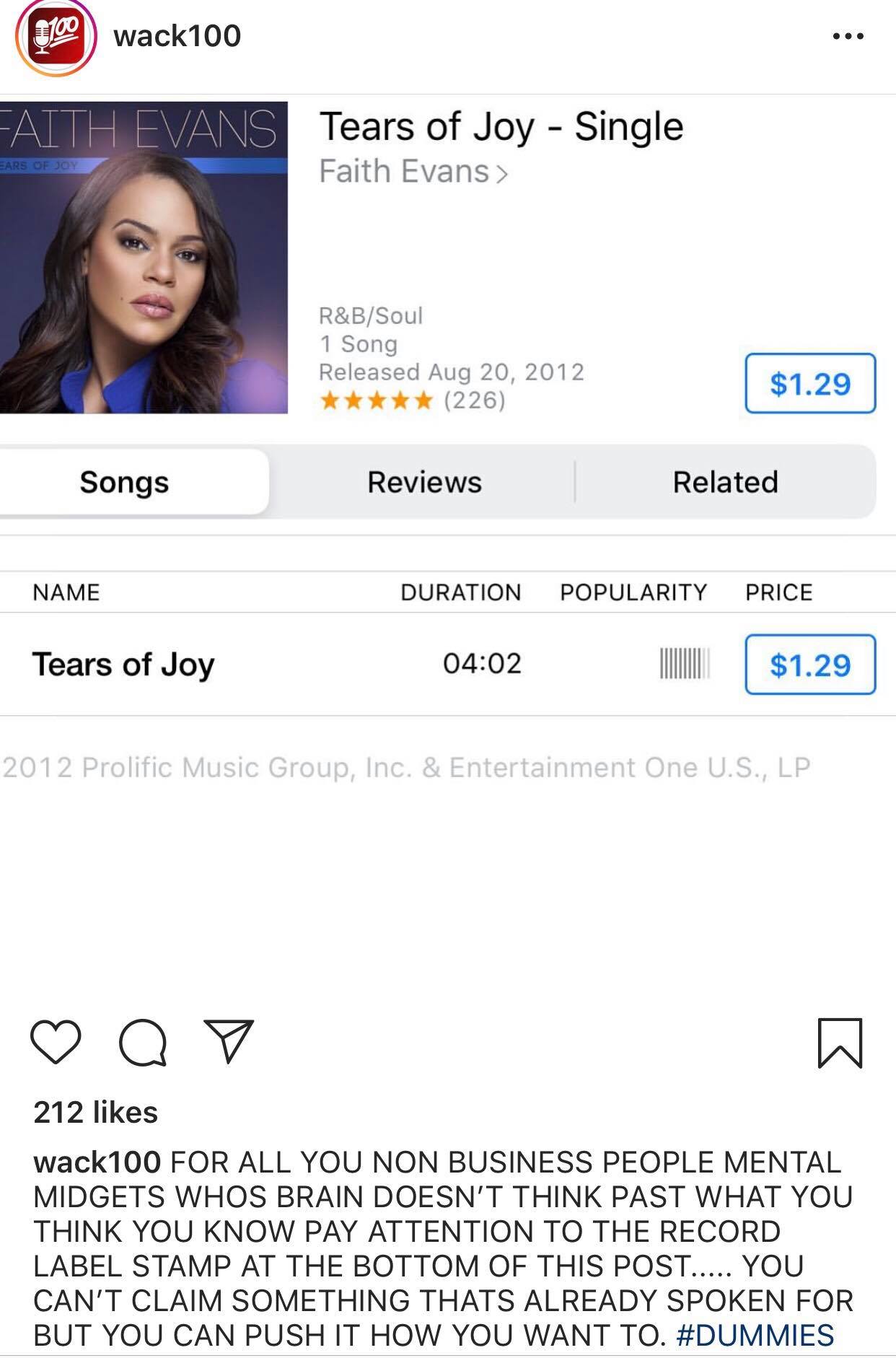 We’ll have more on this matter as the details become available. Hopefully there’s nothing to it but we will say that Blacc Sam, Adam, David Gross and the entire All Money In camp shouldn’t even give a response to such nonsense if it turns out to be true. They have too much to lose than to entertain such low-grade nonsense.