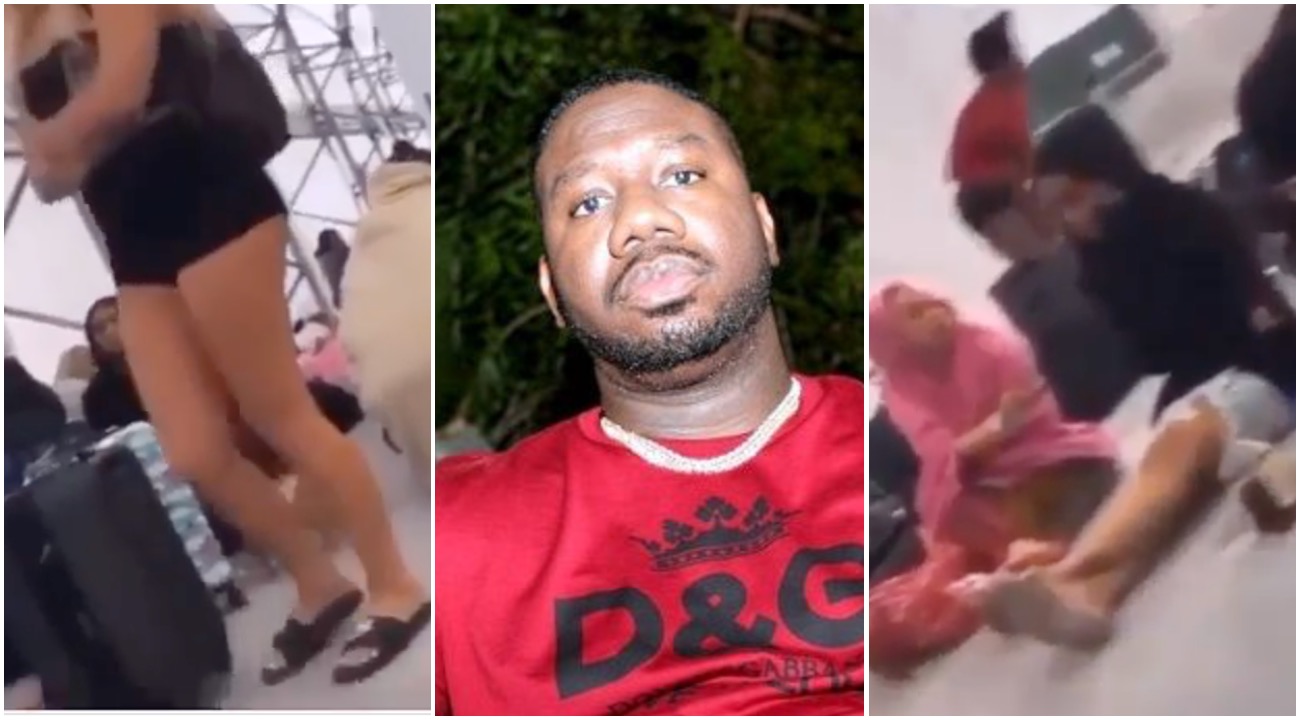 A video made it’s way to the Internet showing a group of strippers stranded in Miami while waiting for some money after the QC Stripper Bowl which took place during Super Bowl Weekend.

The dancers reportedly signed a contract before entering the premises of the ‘Stripper Bowl’ which disallowed them from picking up or touching any of the money even though the cash was tossed all over the floors of the establishment. Turns out they were reportedly paid a flat $1,000 fee for their time at the event which in turn left some of the strippers fuming (and broke). A video emerged of one dancer trying to grab a bag full of cash.

Quality Control Music CEO Pierre “Pee” Thomas, the label which has client deals with artists including Migos, Lil Yachty, Lil Baby and others, addressed the controversy on social media, stating,

“To all the dancers that were at the party last night, please understand we that don’t own clubs or venues. We don’t control or make the rules of how many girls dance, who split or pay out, how much money get stolen. I personally know a lot of money as thrown between our camp and you all know this. We don’t do contracts with dancers. Sorry for any confusion that went on but that’s out of our control.” 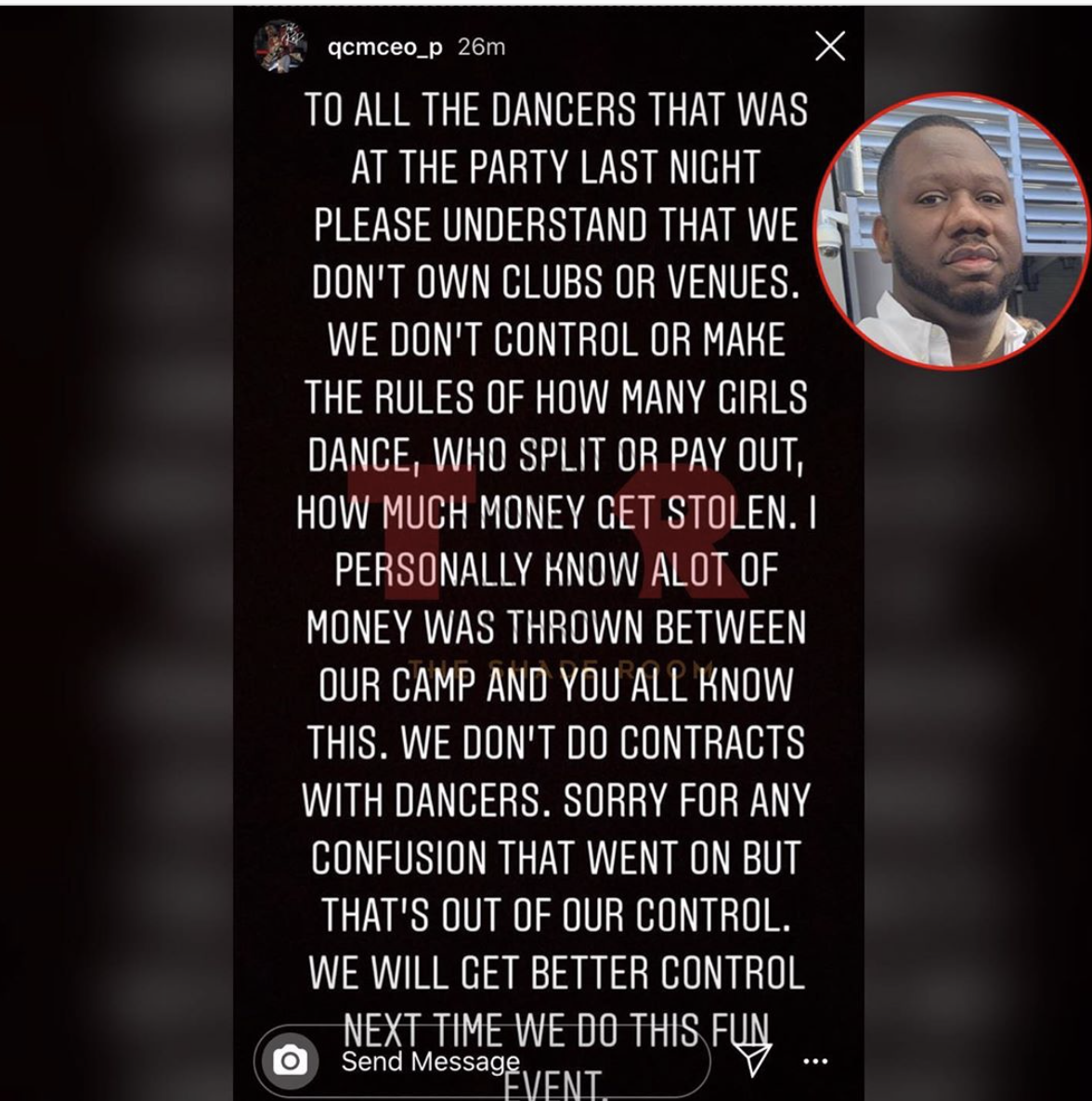