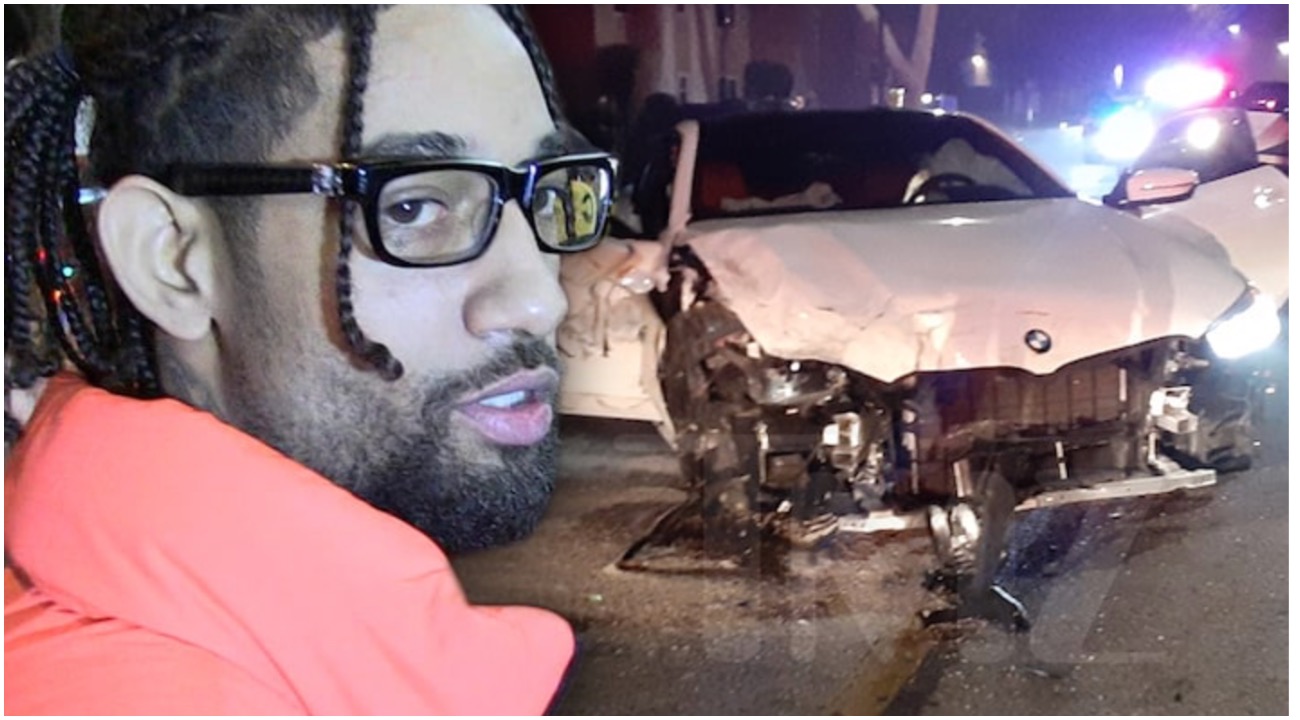 One thing about young people is they can be wild. Give a young person some money and they’ll provide you with the best entertainment you think of. PnB Rock, 28, was involved in a serious car accident after drag racing his BMW against a Rolls-Royce Wraith. The Philly rapper was pushing his vehicle through the luxury confines of Burbank, California when he encountered the driver of the Rolls-Royce who was like-minded enough to push the pedal to the metal (literally).

The race between the two vehicles reached speeds of 100 MPH before PnB Rock last control of his car and rammed into three parked vehicles before his car flipped. The BMW was destroyed. Fortunately, PnB Rock and his female passenger walked away with only minor injuries.

TMZ reports PnB Rock was charged with DUI because he had been smoking marijuana just before he wrecked his car. Catch some of the photos below (slide to the right 6 times).