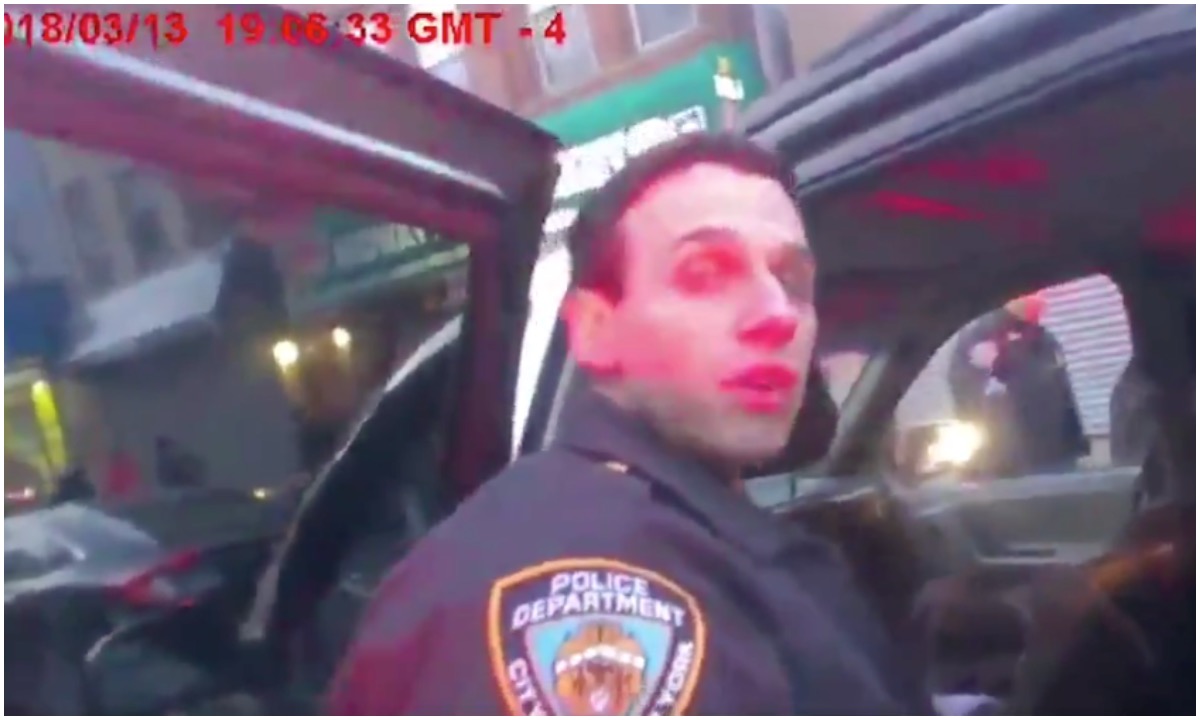 The Intercept has exposed a video that seems to showcase a New York Police Department officer, Officer Kyle Erickson, planting weed inside a civilian’s car while conducting a traffic stop. It was the second time that the officer had allegedly done so in just a two-month span. Erickson and his partner Elmer Pastran asked the passenger, Jason Serrano, to exit the vehicle. Serrano noted the officers made a U-Turn to pull their car over which contradicts the officers’ claim to have pulled over the car because of a taillight issue.

The video is going viral online. Meek Mill chimed in also. Meek is encouraging everyone to repost the video first shared by activist Sean King who captioned the video by noting, among other things, that Erickson & Serrano are still patrolling New York’s streets as police officers,

“🤬🤬🤬 I’m furious. This is NYPD Officers Kyle Erickson and Elmer Pastran PLANTING weed on a man. This was 2 years ago. They are still on patrol. Prosecutors forced a guilty plea out of this innocent man.THEY NEED TO BE FIRED TONIGHT @NYCMayor.”