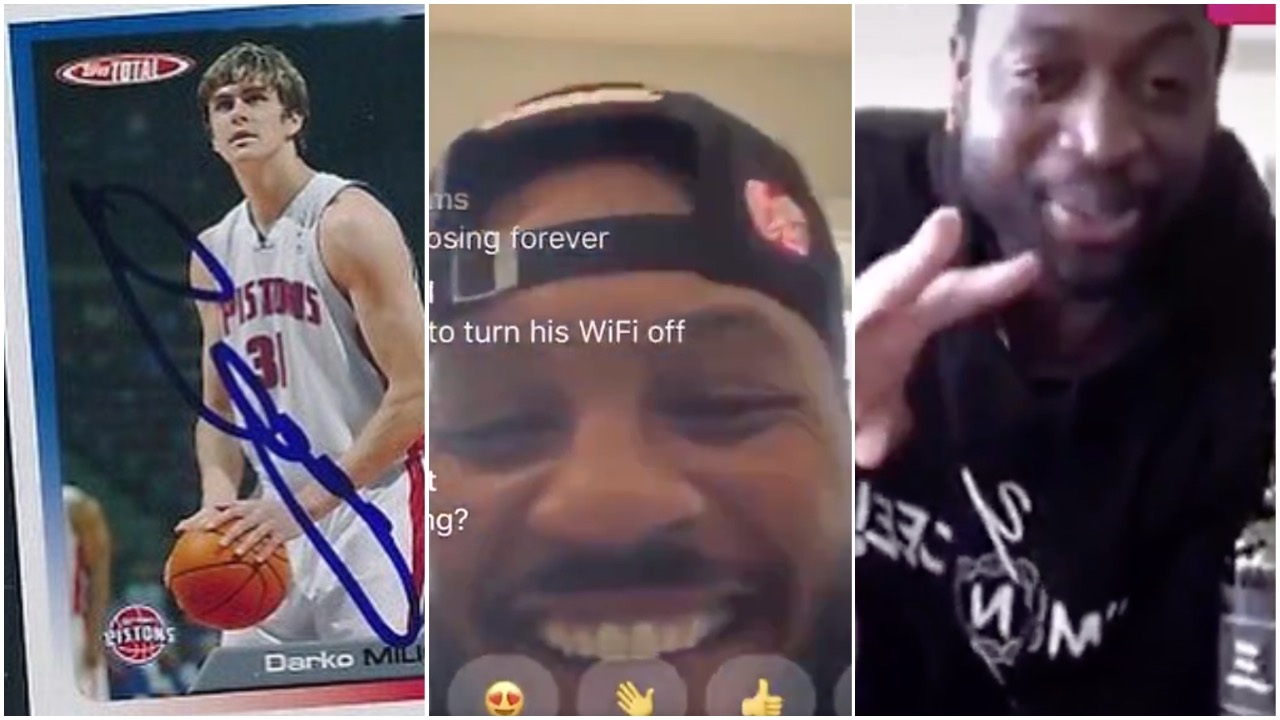 Dwyane Wade and Carmelo Anthony hopped on a Live IG session recently and happened to mention Darko Milicic in passing during their conversation. You may recall, Milicic was drafted #2 in the 2003 NBA draft by the Detroit Pistons. If anyone has a right to discuss that draft it would be Wade and Melo. LeBron James was taken #1 in the draft by Cleveland, Anthony was taken #3 by Denver, Chris Bosh was taken #4 by Toronto and Wade was drafted #5 by Miami.

While on their Live feed, Wade mentioned Milicic’s name but Anthony couldn’t recall who the Serbian athlete is.

DWade says he didn’t know about Darko before the draft

Melo says he probably would’ve had 2 or 3 rings if he got drafted by Detroit pic.twitter.com/ayPPcy76P1

Darko heard of the ordeal and it’s unclear if he is responding to Melo not remembering him and/ or D-Wade’s laughter after Melo responds with, “Who?” During an interview with b92.net Darko humbly responds by stating, “As for these stories, so if my story is not told, thank God they have succeeded—I have not. We are not kids, we are adults…I hope you are ripe to understand that life is full of ups and downs. … I consider myself less good guys, it is not necessary to judge and ridicule when, thank God, you have not passed the path that I am. To them, as always, I wish everyone good and every honor in their careers and in further life a lot of success and less condemnation.”

After playing 10 seasons in the NBA Darko became a professional kickboxer in 2014. Find the video of his first fight up top where he lost due to disqualification. As for these days, Darko is an agricultural businessman in his native Serbia in addition to playing for an amateur team named ‘KK I Came To Play’ which competes in the Serbian 4th-tier Second Regional League, North Division.