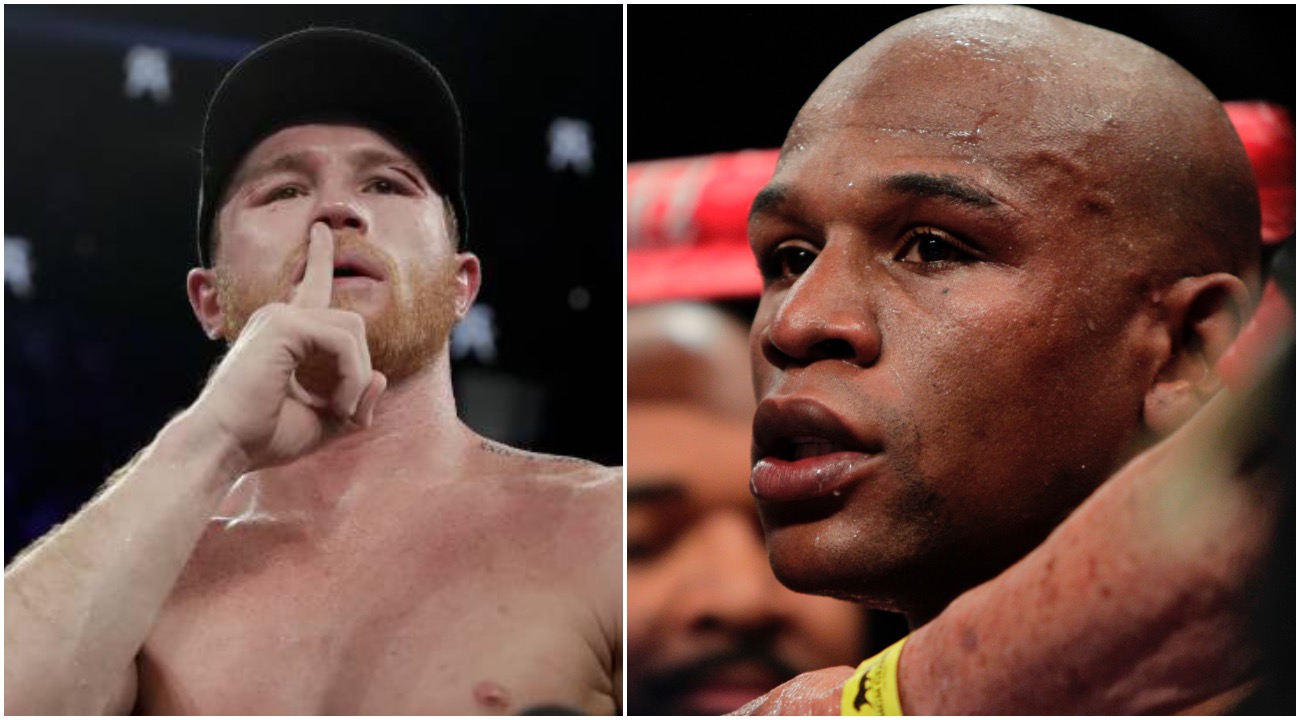 It’s disputable whether or not Canelo Alvarez (29) has earned the right to talk smack towards Floyd Mayweather (42). Old School boxing rules would indicate that Canelo can talk his junk. As we reported yesterday, three of George Foreman’s five losses came after the age of 42.

Floyd and Canelo boxed a tad more than six years ago (9/14/2013). Canelo was 29-years-old while Floyd was 36-years-old. During the fight, Mayweather easily outboxed Alvarez. This begs the question whether or not Canelo even has a right to a rematch. The Mexican-bred Alvarez has a respectable record with his only loss coming to Floyd (53-1-2) with 36 KO’s.

That being said, Floyd Mayweather (50-0, 27 KO’s), recently announced he’s coming out of retirement and who could possibly be a more worthy opponent. Fans of the Sweet Science would also know that following Canelo’s loss to Mayweather, he changed his defensive style to model Mayweather.

TMZ Sports recently caught up with Saul–catch what he had to say below.