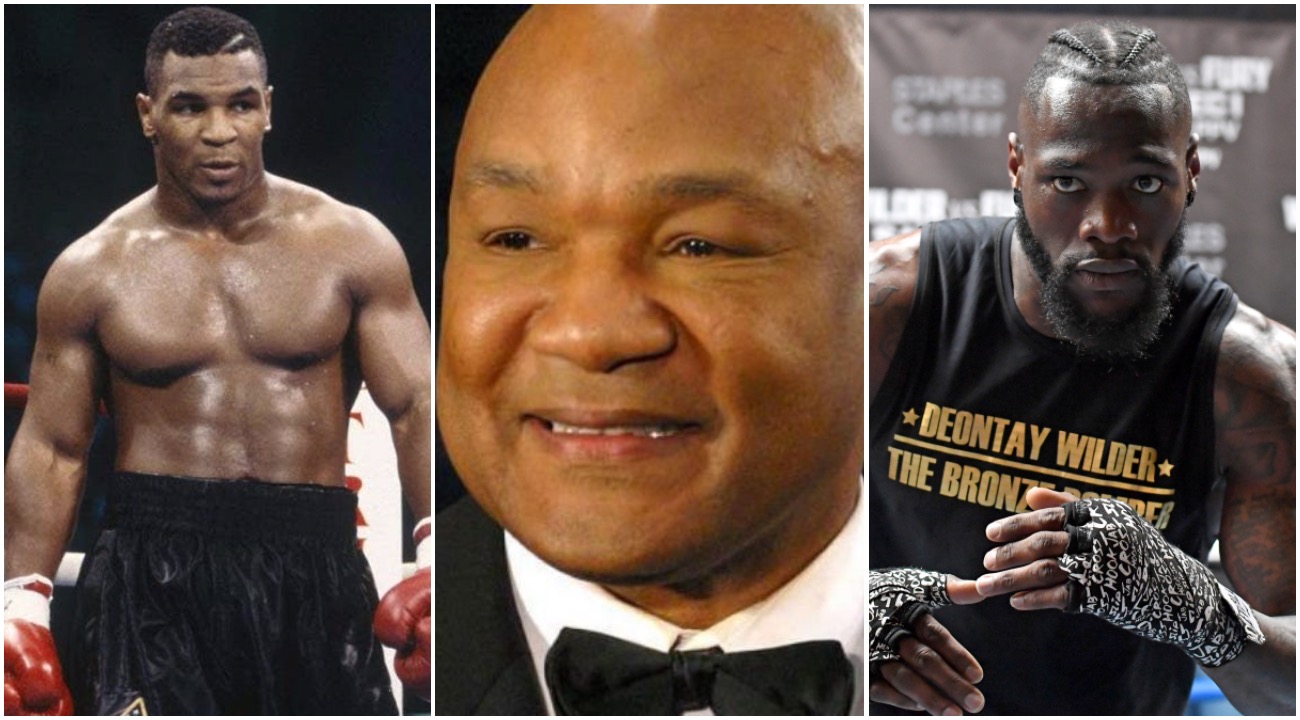 Most of us on the Internet have an opinion on the various subject matters that we engage in and that’s fine. That’s what makes social media enjoyable. However, when it’s George Foreman discussing the Heavyweight division of boxing then one should give special attention to his point of view. Foreman fought 81 fights for a record of 76-5 with 68 knockouts. The man is from the Golden Era of the Heavyweight division. Three of his losses came after age 42 with the 5th loss coming in his last fight just a few days shy of his 49th birthday. Foremans’ first loss came against Mohammad Ali. The point is that his opinion carries weight (no pun intended).

When asked by TMZ Sports how he feels about Deontay Wilder’s power punches compared with those of Mike Tyson Foreman shoots down the question instantly and basically states Wilder has yet to earn the right to be compared to the likes of Tyson, Frazier, etc. Foreman goes on to say that Wilder needs to knockout someone similar to how Tyson knocked out Trevor Berbick.

Catch what Foreman had to say below. We’ve also embedded Tyson’s colossal KO of Berbick.