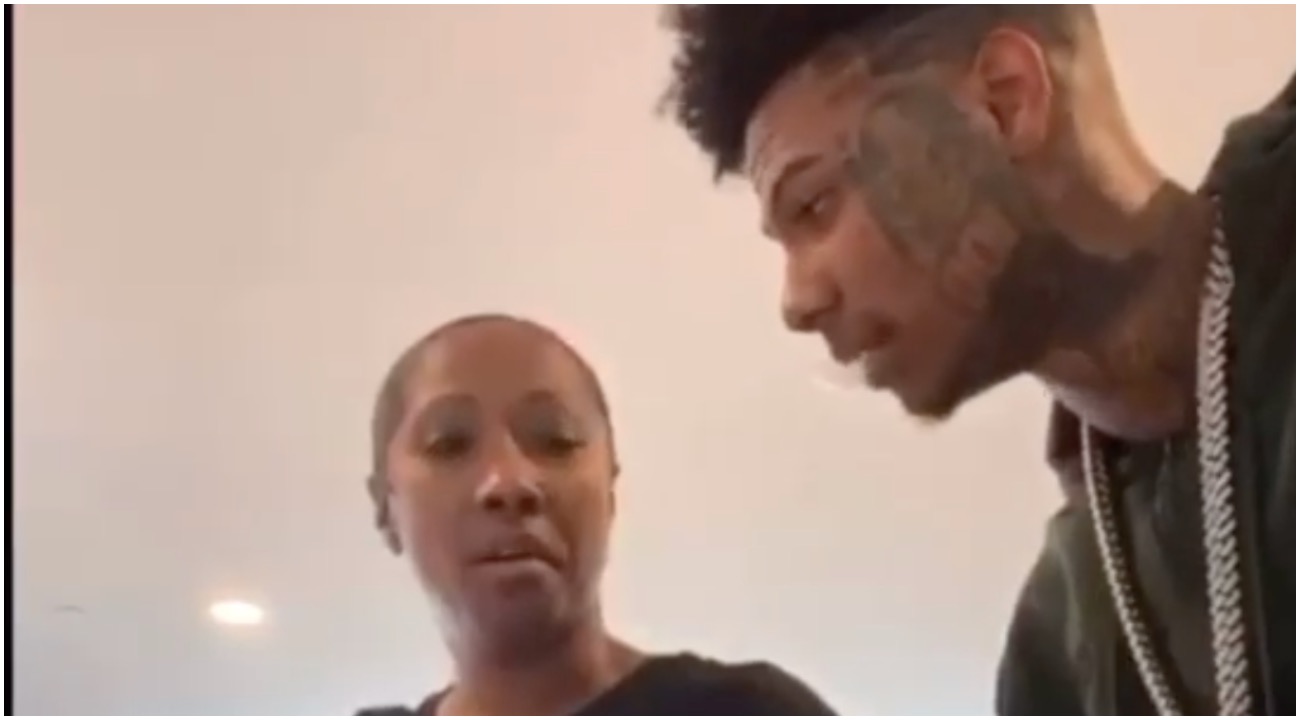 On Wednesday (3/25), Blueface posted a video of himself cracking an egg over his mother’s head. In the video he posted to social media, the rapper told his mother that he’d give her $1,000 if she let him crack two eggs on her head.

His mother replied to his proposal by raising the stakes. “$1,000 an egg, take it or leave it,” she says in the video. It’s unclear whether Blueface ended up paying his mother afterwards.

This comes a week after Blueface’s debut album did very low first week sales numbers. Catch the clip up top.

Both, Blueface 'Find the Beat' and Rich The Kid 'Bossman' albums are on pace to sell between 15K-20K first week each with Rich the Kid in the lead between the two so far.