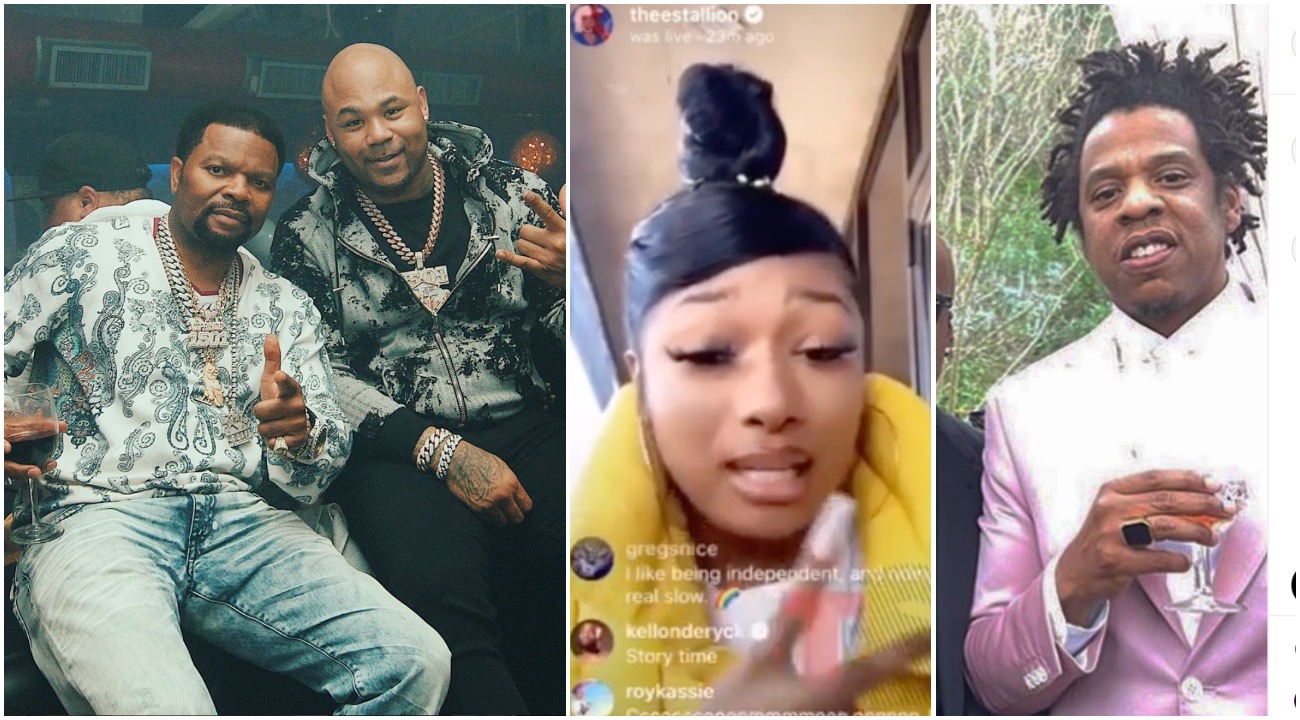 It wasn’t that long ago that Megan Thee Stallion signed to a management deal with Roc Nation. The deal was negotiated through her current label, 1501. 1501 is owned by Houston-bred Carl Crawford. You may recall Crawford from his days as a Major League Baseball player having played a highly respectable 15 seasons. Some of his accolades included both his accomplishments as a fielder and hitter/ baserunner. Crawford won the Golden Glove for the AL in 2010, 4x AL stolen bases leader, 4x AL All-Star and All-Star Game MVP in 2009. Crawford also led the AL in triples for four seasons. In 2014 he was named the Tampa Bay Rays’ “Face of the Franchise” by ESPN and is the Rays’ all-time leader in at bats, plate appearances, RBIs, runs scored, hits, doubles, triples, strikeouts, stolen bases, and singles.

“Congratulations to the homie @1501_certified_ent and @tfarrismoney for their success with @theestallion –
–
A lot of athletes become success from the hood and forget about where they came from. You was different because you don’t only come to our hood, 5th Ward, but you’re giving artist opportunity throughout Houston. –
–
And that’s why I have no problem sharing my blueprint of success with you, because I respect that.”

Congratulations to the homie @1501_certified_ent and @tfarrismoney for their success with @theestallion – – A lot of athletes become success from the hood and forget about where they came from. You was different because you don’t only come to our hood, 5th Ward, but you’re giving artist opportunity throughout Houston. – – And that’s why I have no problem sharing my blueprint of success with you, because I respect that. – – #TheArtAndScienceOfRespect #JPrince

This week Megan Thee Stallion publicly stated her label wasn’t releasing any of her music.

According to Carl Crawford, Thee Stallion isn’t telling the truth about her situation and blamed JAY-Z for instigating issues in an attempt to steal his artist. Crawford explained to Billboard,

“She just has so many holes in her story, and it’s almost on some delusional type stuff. The bubble of Hollywood and her eight million followers has really clouded her head, because the stuff that she’s saying is not true. It’s a whole lie. Nothing is true that she said. Me being greedy and taking money from her, that’s crazy. I never tried to take nothing from her. The only thing we ever did was give, give, give. Now, she fell for the oldest trick in the industry: the conquer and divide theme.”

“Everybody in the industry knows this is what JAY-Z and Roc Nation do: They come in, find the smallest things wrong with the problem — because there weren’t any problems before she left — and then she says that I didn’t want to negotiate?…OK, tell everybody your definition of negotiating. Your definition is, ‘OK. I’m going to send Suge Knight’s old lawyers to come in, and it’s a stick-up…’ Of course, I’m like, ‘This isn’t a negotiation. This is a robbery.’”

Their real plan was to get you out of my contract so they can sign you to Roc Nation. That’s all they want to do. We gave this girl a 60-40 split. Now go ask the artist about that. She got parts of her masters [the] first time. You think Jay-Z would have gave her part of her masters on her first deal with Roc Nation? F*ck no. Then, she’s getting $100,000 a show and she don’t want to pay up. That’s what the issue was about. She signed with Roc Nation in August and decided she didn’t wanna pay me no more.

They’re using that as a strong-arm tactic so that I can renegotiate the contract. They’re holding the money, and they haven’t paid me since August. She done over 15 shows. Y’all do the math. She gets $100,000 a show. She owe me, and I haven’t recouped almost $2 million that we spent on her, building her up so that Roc Nation would wanna come [around]. Where was Roc Nation at when we was grinding and riding around on them backstreets? Roc Nation was nowhere to be found.”

Roc Nation has yet to respond. We’ll keep you posted on this matter as soon as the details become available. Catch Crawford’s post from two days ago (3/1) below. 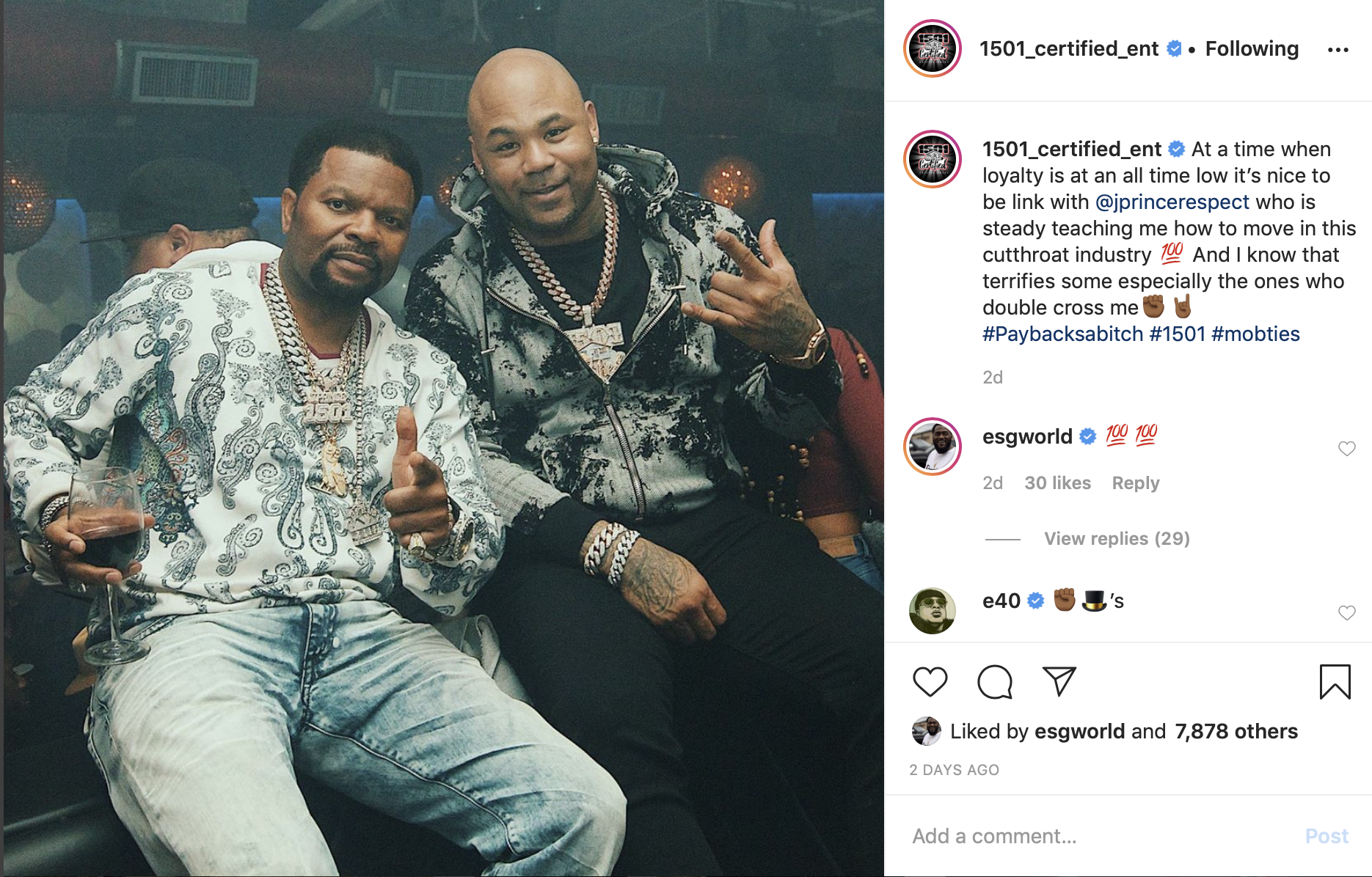