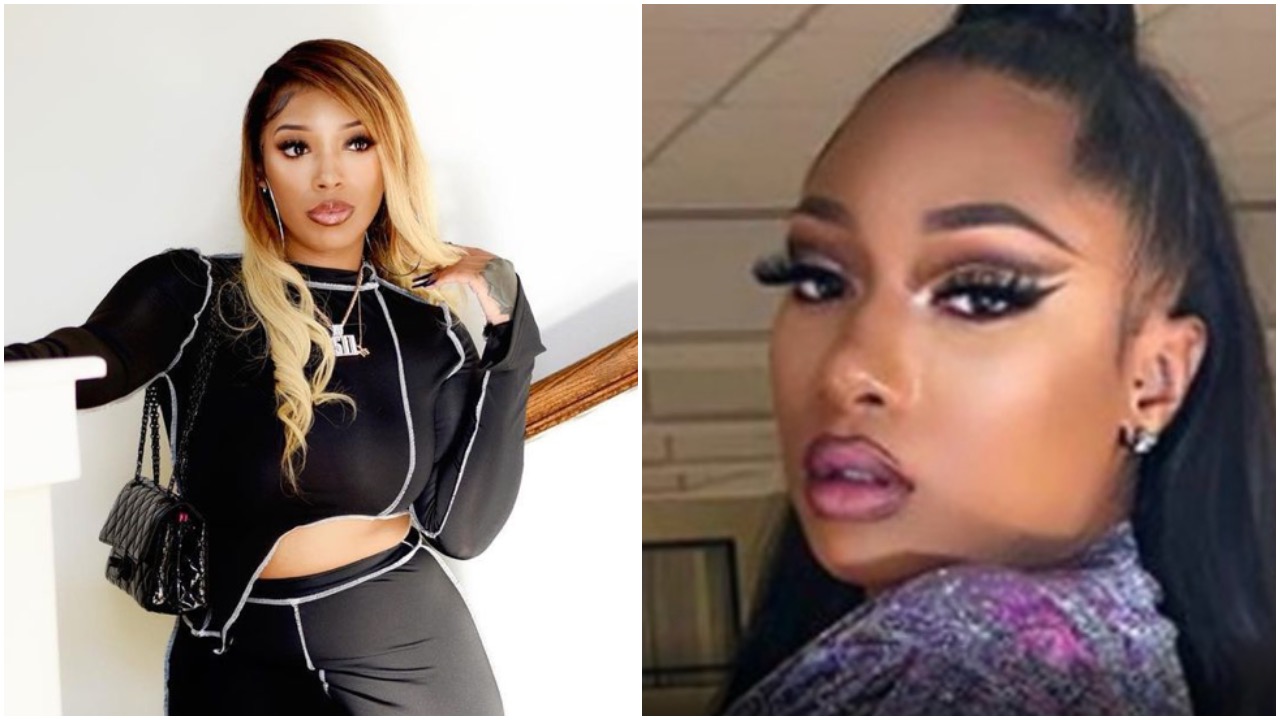 Megan Thee Stallion’s former best friend Kelsey Nicole is no longer in contact with the Houston-bred superstar Kelsey is making that clear on social media. After news spread about Megan shot, Kelsey Nicole remained silent on the matter. She is reported to have been a witness to Megan’s shooting. Kelsey is now making it clear that she and Thee Stallion are far from being on good terms.

This also comes as Megan seemingly addressed both Tory Lanez and Kelsey on the track ‘Shots Fired’ from her debut album ‘Good News.’

“And if it weren’t for me, same week, you would have been indicted/You offered M’s not to talk, I guess that made my friend excited, hmm/Now y’all in cahoots, huh, you a puss in boots,”

Replying to someone’s comment that Kelsey wants to be just like Megan, Kelsey wrote:  “Lol I would never want a soul like hers. Face & body don’t mean shit. Relax.” 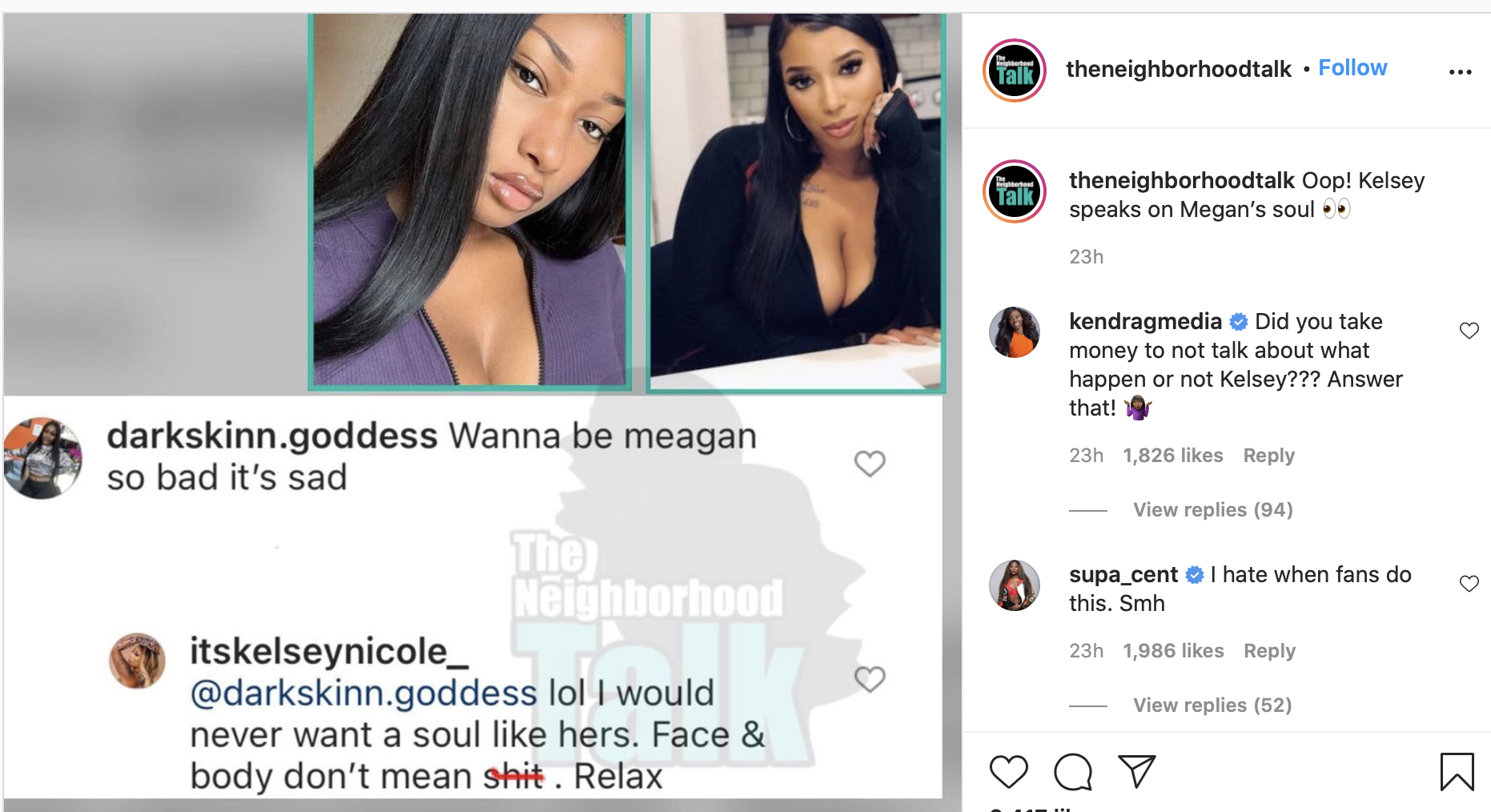 On a separate post, Kelsey responded to Megan’s diss about Kelsey wanting the same type of attention that she gets, stating: “The most weirdo sh*t she could’ve ever said.” 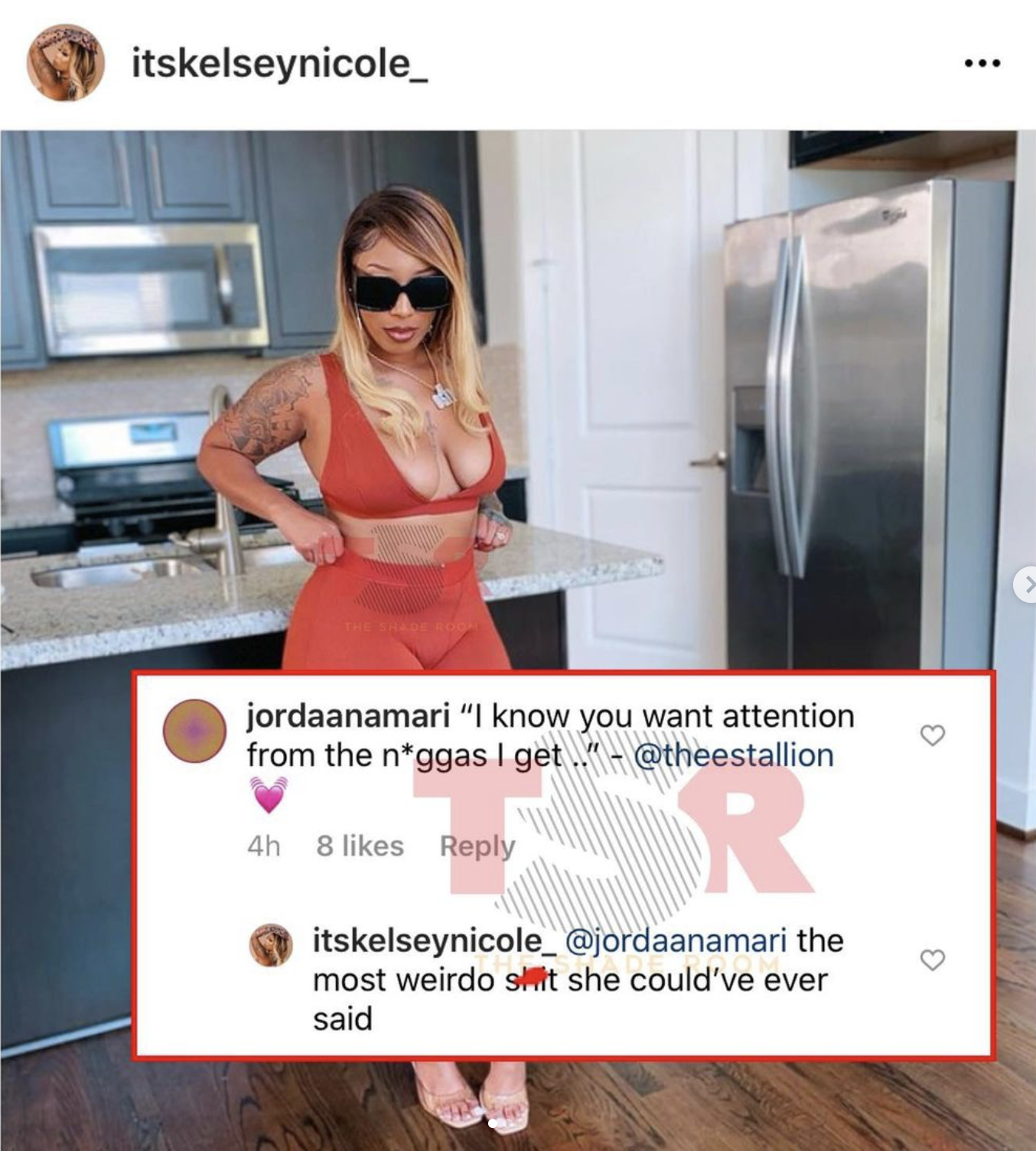 Megan’s debut album was meant to be a time of mutual celebration for Thee Stallion and her hometown former best friend. Perhaps at some point the two lades will make amends.