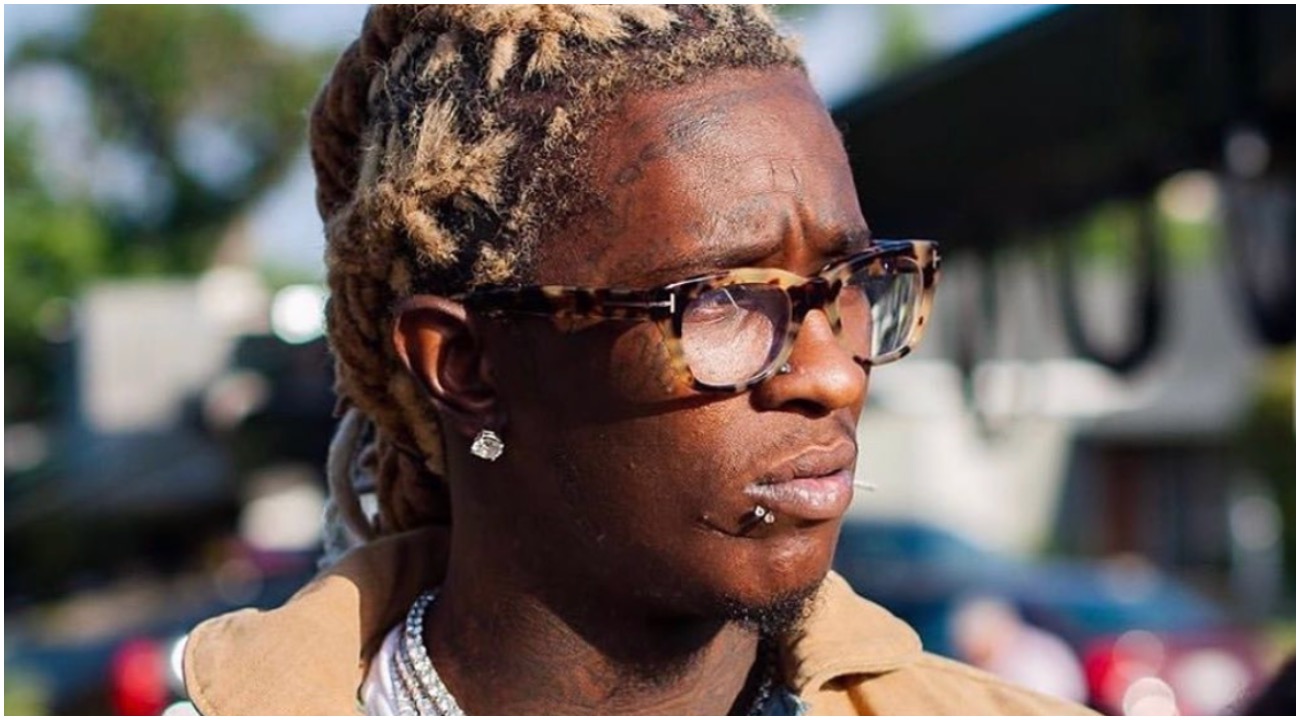 The BBC, arguably the U.K.’s most authoritative print (and online) publication, claims ATL artist Young Thug as “the 21st Century’s most influential rapper” and how “the last 24 months have seen Thug rise to become the sun king at the centre of rap’s solar system.” The article explains how Thugga dropped an top Billboard album, So Much Fun, in addition to having “briefly occupied 11 spots on the Billboard Hot 100, including his Post Malone collaboration, Goodbyes.”

The article, clearly written by someone who is not a Hip-Hop Head which is evident in the energy emanating from their writing, also uses unorthodox language for a Hip-Hop setting to describe Young Thug’s success. For example,

“Thug’s last album So Much Fun debuted at number one in the United States, a commercial culmination that displayed the artist’s musical contrasts in all their glory. It’s his answer to Lil Wayne’s career-defining Tha Carter III, a smartly-constructed distillation of his appeal – more coronation than a classic – diluting his berserk experimentation in favour of a restrained fluorescent joy that could appeal to suburban teens discovering vape pens and rap for the first time.”. Who thinks, talks or writes with these choice words?

The article goes on to state how the number 1 thing which makes Young Thug “the 21st Century’s most influential rapper” is his influence over the genre. There’s no denying the respect Young Thug receives in the rap scene of today’s Atlanta. There’s also no denying the influence of the ATL’s rap scene in Rap Game today. Not only Young Thug but ATL-area artists such Future, the Migos, and Thugga’s protege Gunna. That, however, is where is stops. Atlanta’s strip-club influenced style of rap music has had influence on New York’s rap scene to some degree. Rappers today in NYC seek out strip-club DJ’s to play their music in order to help increase the rapper’s buzz. In times past, a mix-tape DJ was the avenue to take for a NY rapper. In terms of the rap art itself many young New York rappers have been much more influenced by Chicago’s Drill scene over the past decade as opposed to the ATL. The West Coast rap scene by and large still has a West Coast feel in terms of style & delivery. The non-ATL South in general, similar to the West Coast, continues to put out it’s own style. For example, Megan Thee Stallion, Moneybagg Yo, Yella Beezy and others, just to mention some Southern rappers who’ve received more mainstream recognition, continue to display a style rooted in the places they grew up.

Publications like the BBC and NY Times are happy to write content about untraditional rappers like Young Thug, Drake in front & center pieces but rarely addressed the Rap genre in such a high-profile manner when the subject matter includes police brutality, institutional racism, or simply who has the best #Barz. These publications of so-called high-culture feel no threat from Drake, Young Thug, etc. This is no disrespect to such rappers because they’re in their own lane. Rather, it showcases what “elite” Western culture is willing to accept from society’s underground cultures.