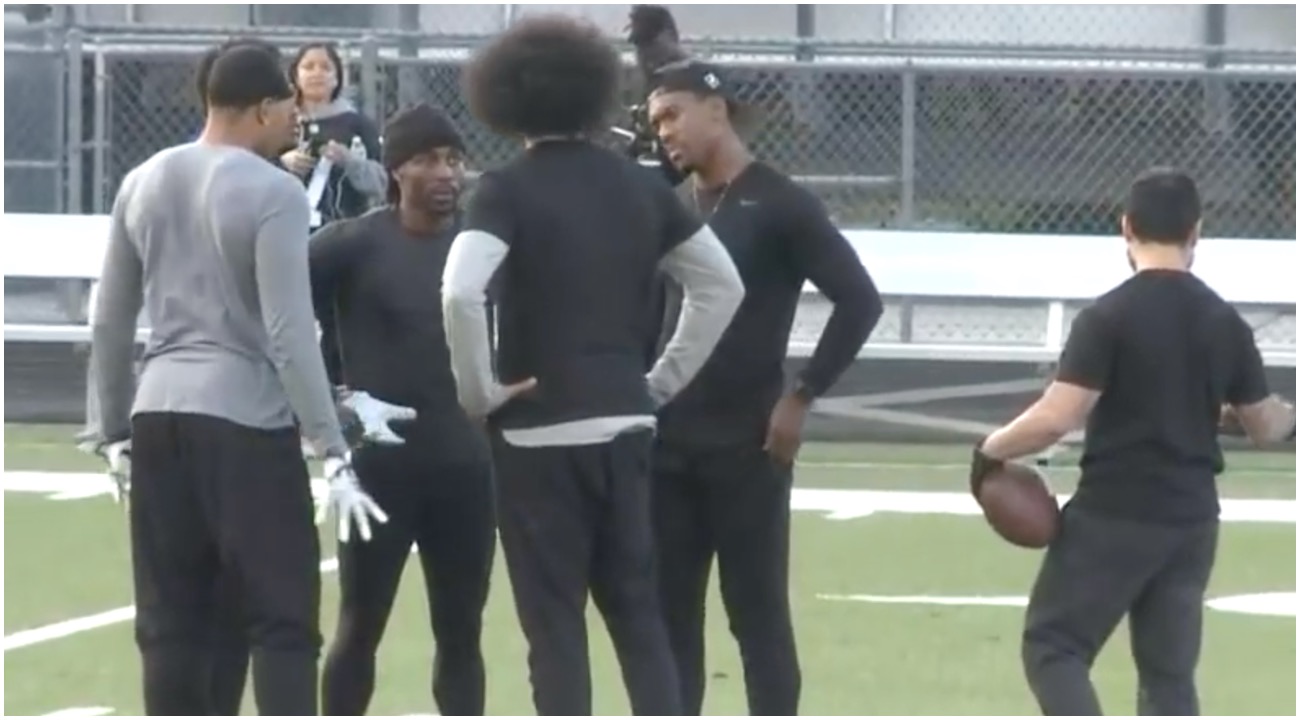 Colin Kaepernick’s combine-like workout for the National Football League has taken on a storyline of its own. When first reported, the underlying idea was an NFL-grade workout scheduled for this weekend in Atlanta. The initial perception was that the the League was attempting to mend fences with Kaepernick, especially considering the recently inked deal between the NFL & Roc Nation. Ever since the story broke four days ago (11/12), the League & Kap’s camp have been communicating via the media showing a continued distrust between the two parties.

Two things we know: 1) Kaepernick is a free-agent who has expressed on numerous occasions that he still wants to play in the NFL. 2) The NFL feels obligated to run this combine-like workout for the former San Francisco 49er quarterback. The ordeal has since transpired like a chess game.

The League refused to explain which receivers would catch Kap’s passes during the workout resulting in Kaepernick personally inviting receivers to catch his passes. Now, we’ve learned the location of the workout facility has changed and the media will be allowed to access the event (whereas previously the workout was closed to the media).

Kaepernick arrived at the practice session wearing a shirt with the words “Kunta Kinte” on it. 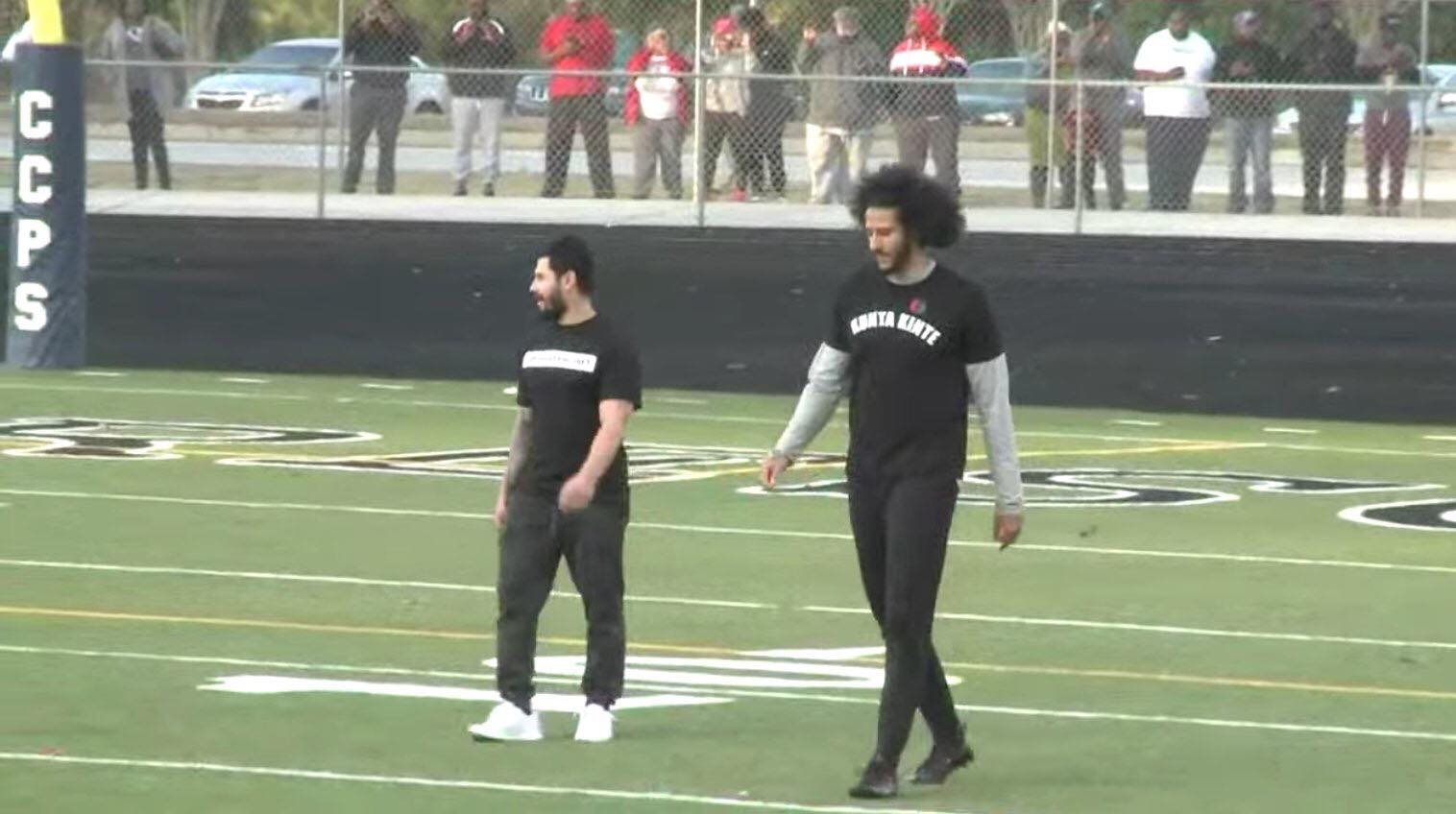