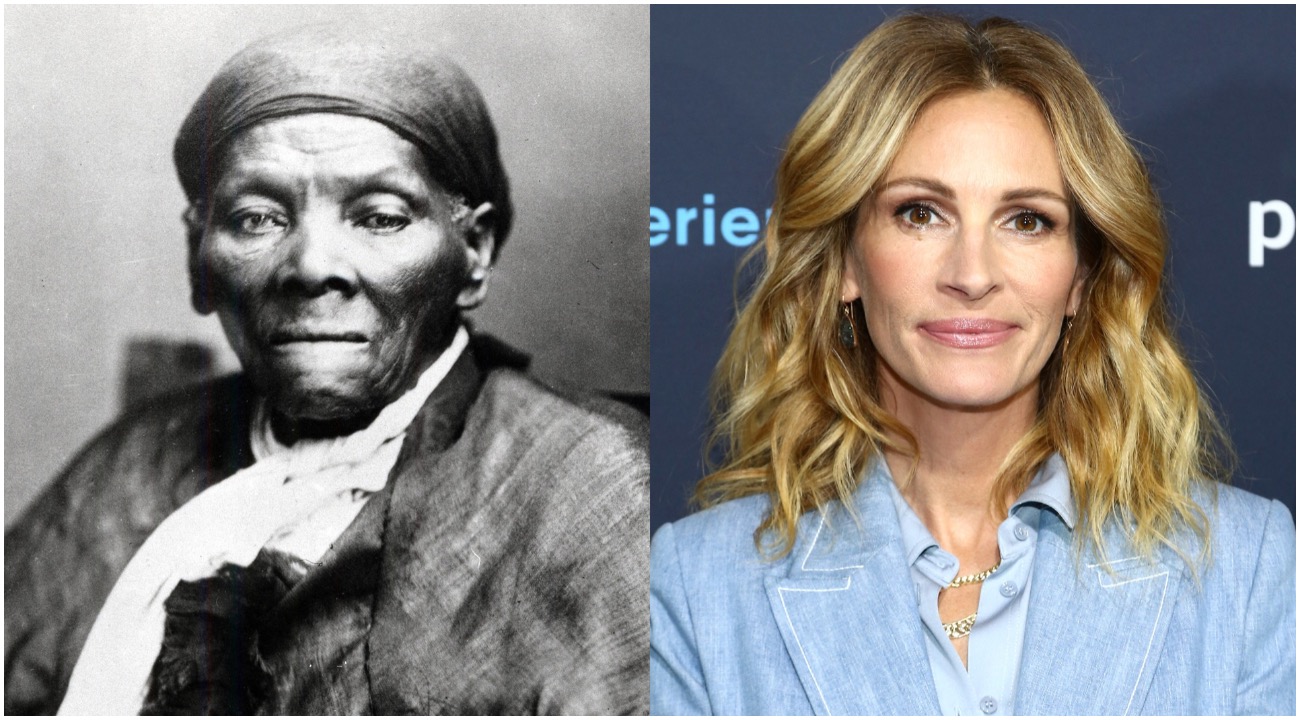 This is the kind of stuff you just can’t make up. Apparently, a Hollywood executive once suggested 25 years ago that superstar actress Julia Roberts act the role of abolitionist heroine Harriet Tubman. This revelation comes from none other than Gregory Allen Howard, the screenwriter and producer of ‘Harriet,’ the current biopic on Ms. Harriet Tubman starring Tony winner Cynthia Erivo.

Howard began to first pitch the project 25 years ago. Howard wrote the following in a Los Angeles Times essay this week, quoting the above-referenced Hollywood executive, “This script is fantastic. Let’s get Julia Roberts to play Harriet Tubman….there was a single Black person in that studio meeting 25 years ago who told him that Harriet Tubman was a black woman. The president replied, “That was so long ago. No one will know that.”

You read that correctly. The Hollywood executive would go on to state that nobody would remember that Harriet Tubman was a Black woman. Where else in history has that thinking been applied to? Howard never did name which film executive he was referring to but would go on to say that Hollywood has a “herd” mentality and back in 1994 nobody was willing to risk taking on a movie about a Black heroine freeing slaves. Reasons varied from racism in Hollywood to other decision makers who didn’t feel as though the market was big enough to justify the movie’s budget. Nevertheless, Howard, in a true story of personal perseverance, persisted with his idea for 25 years before it finally came to fruition.