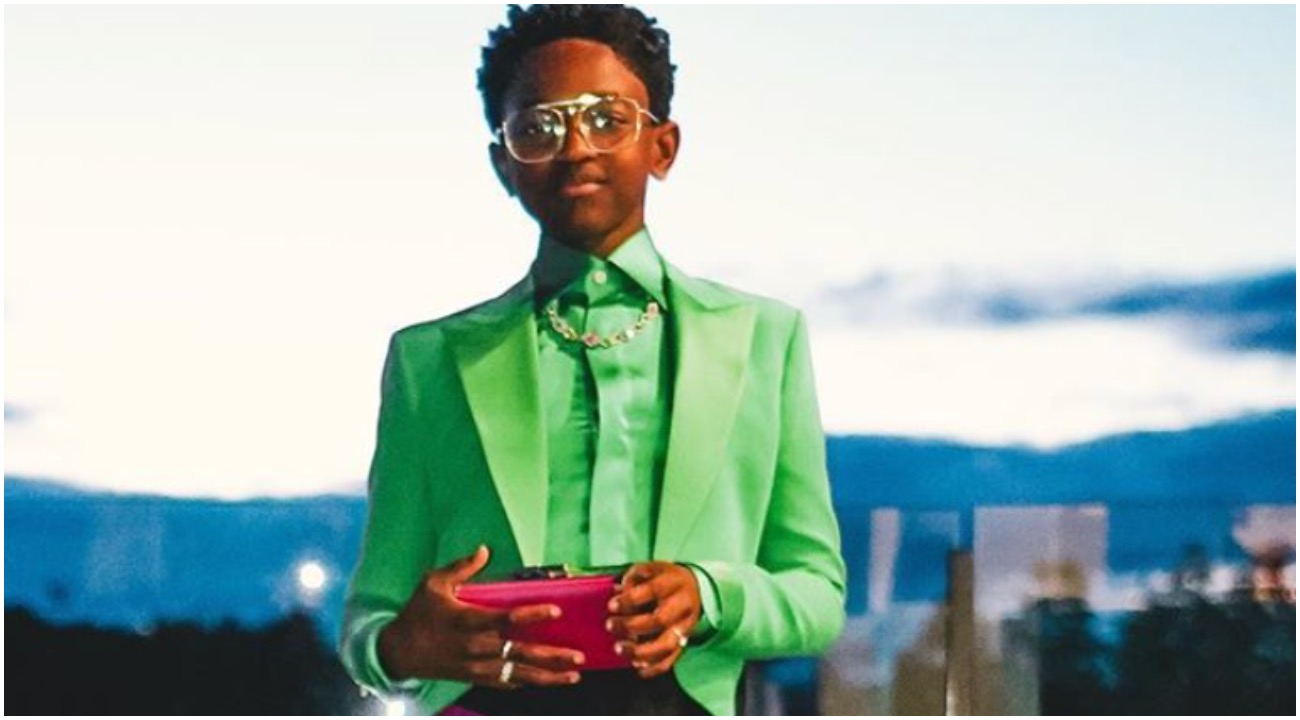 Dwayne Wade has received much heat for introducing his transgender daughter Zaya Wade, who was born on 5/29/2007 and is 12-years-old, as a female. Many critics of Wade and Gabrielle Union’s decision stems from Zaya’s pre-teen age. However, Dwayne Wade seems as though he won’t be deterred from having his way with his transgender child.

Wade is now introducing Zaya as the “face” of the LGBTQ+ community in his most recent posts while hasgtagging the posts with “#truthawards.” The Truth Awards was created to recognize and highlight the accomplishments of the Black LGBTQ+ community and its allies. Six days ago Wade posted the following photo of his child with the caption, “Enough Said 😍” 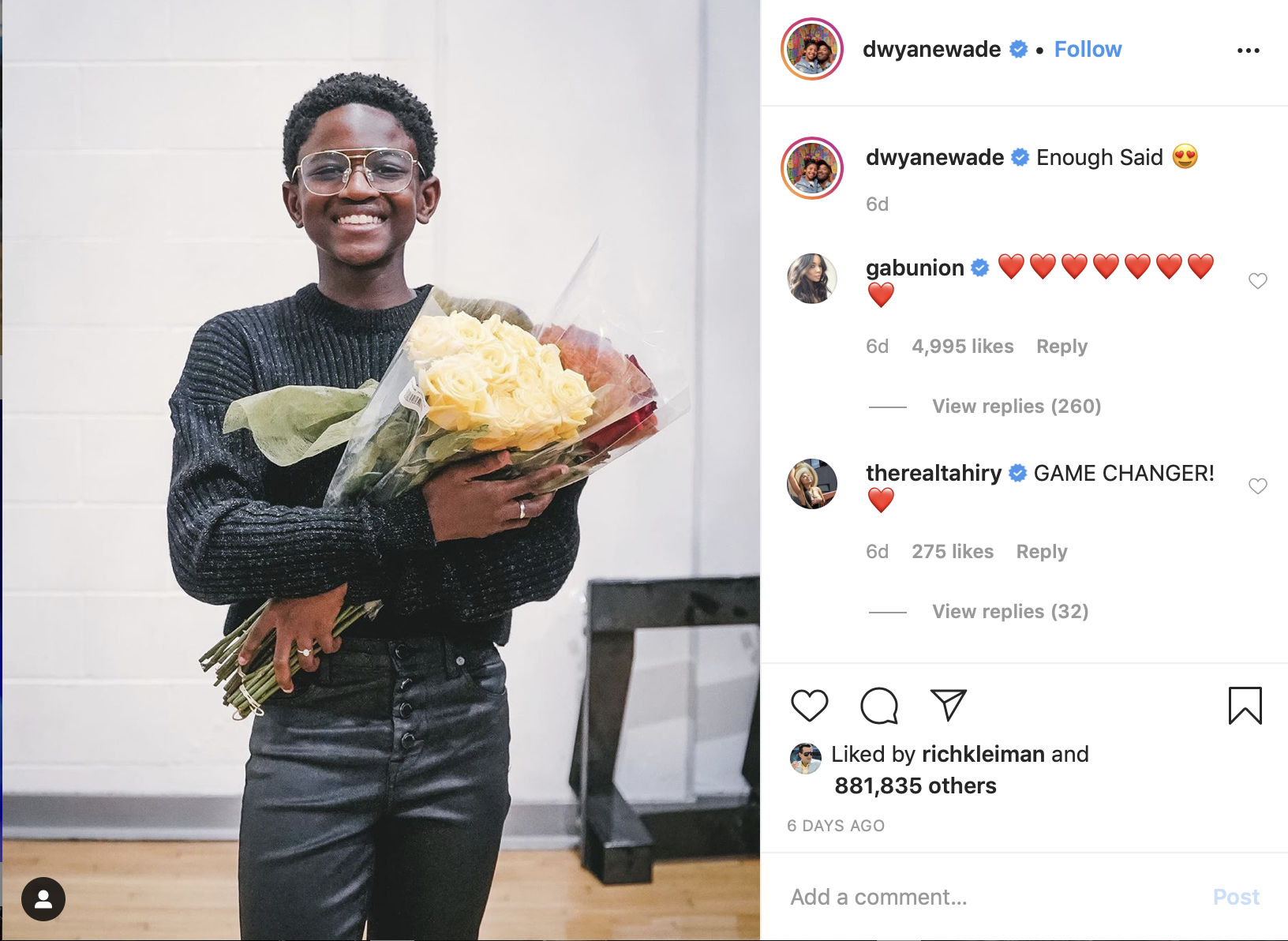 Then, this morning (3/8) Wade again took to social media to introduce his child as “…as one of the young faces and voices for the LGBTQ+ community. #truthawards”

“Everyone allow her to re-introduce herself her name is Zaya Wade! Last night was Zaya’s first red carpet and we couldn’t have been prouder of how she handled the questions that were asked of her. She has emerged as one of the young faces and voices for the LGBTQ+ community. #truthawards” 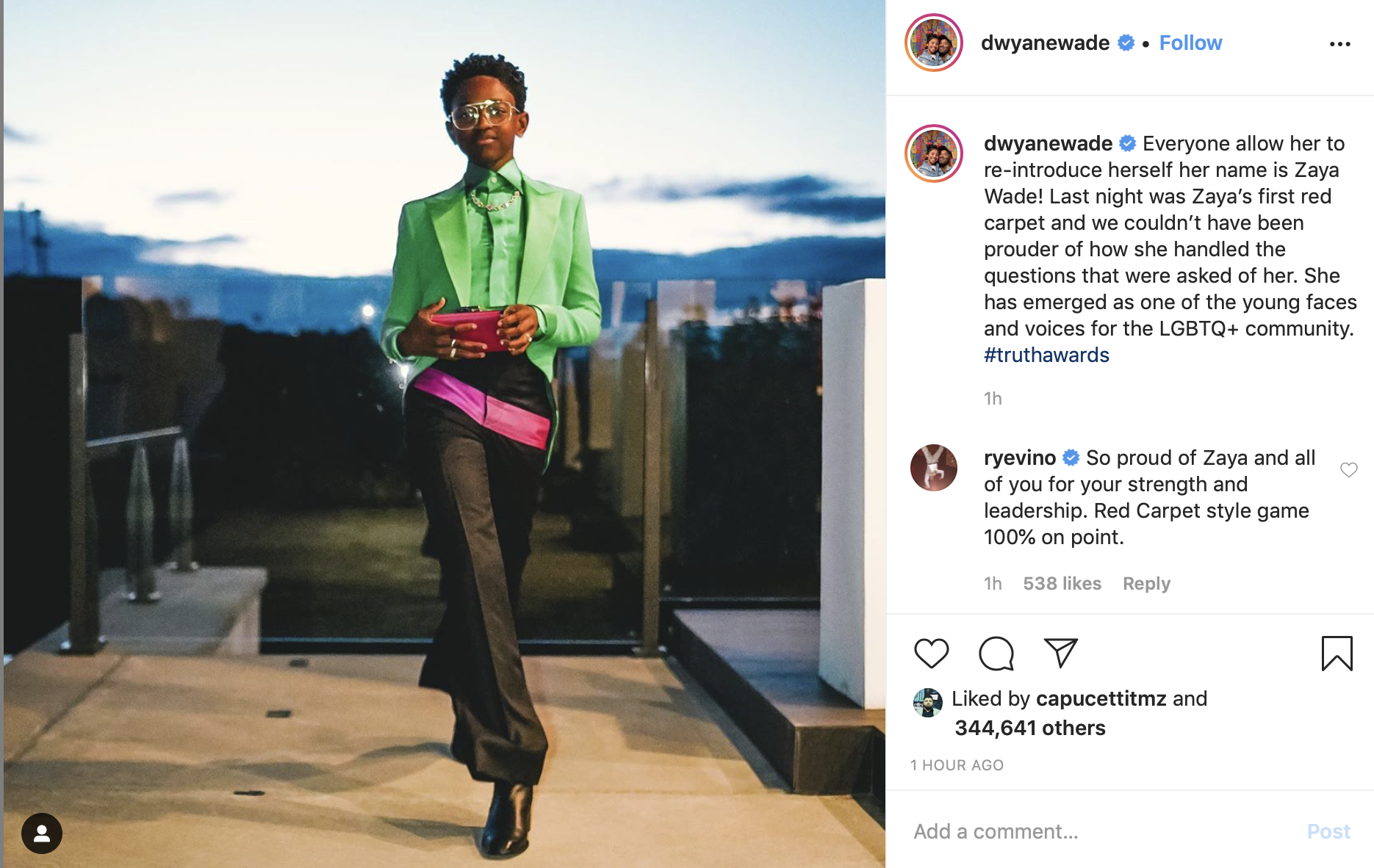 “Zaya how does that custom @richfresh feel??? Last night was a dope experience for our family. Thank you to @betterbrothersla and the #truthawards for recognizing our good friends @jasonbolden @adair_curtis with the Bussiness Leadership Award. The Truth Awards was created to recognize and highlight the accomplishments of the Black LGBTQ+ community and its allies. In doing so, they increase the awareness of there contributions to Society, Popular Culture and the Arts, and help refocus the lens through which they are seen. The Truth Awards also provides funding for scholarships that supports educational opportunities for youth in the LGBTQ+ community! ✊🏾🖤” 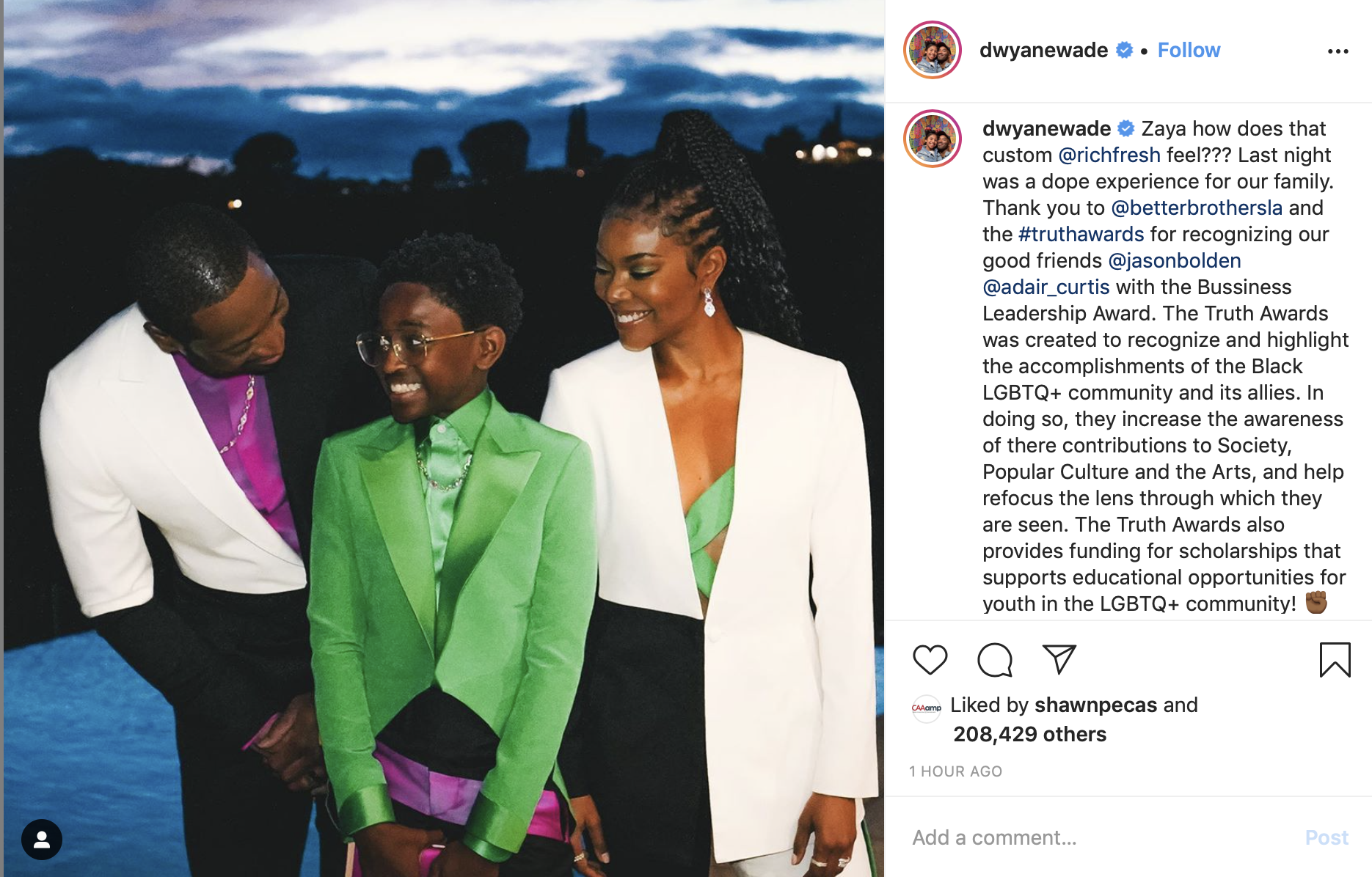 It was only last month that Boosie, and others, publicly questioned Dwayne Wade’s parenting decisions with his child. Find that clip below.