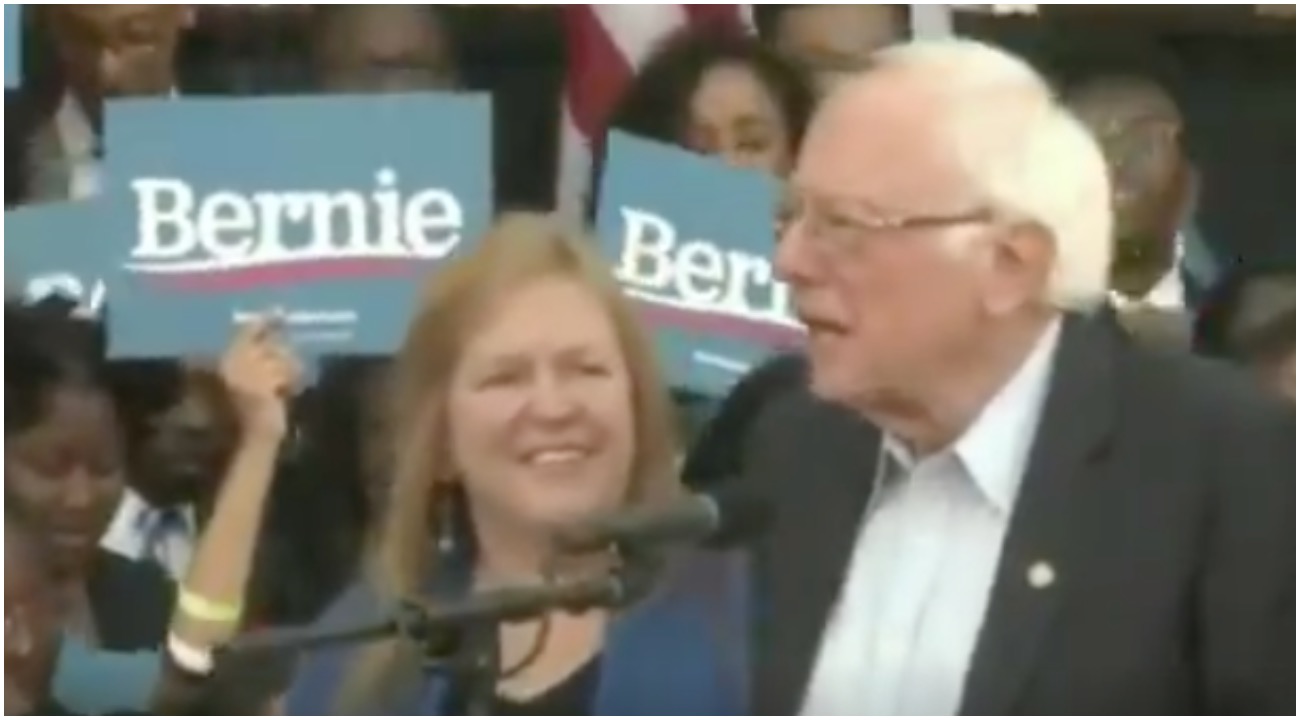 Last night (11/21), Senator Bernie Sanders, while campaigning for President, gave a campaign speech at Morehouse College in Atlanta when he opted to make a grand entrance. Keep in mind his target audience of college students, The Bern decided to pick up the energy and get the rally going by walking out to Young Thug & Travis Scott’s ‘Pick Up The Phone’ track. The crowd goes nuts for Bernie.

Catch the video clip below.

bernie sanders spoke at morehouse college today and walked out to "pick up the phone" by young thug and travis scott pic.twitter.com/mhOql2dC3z