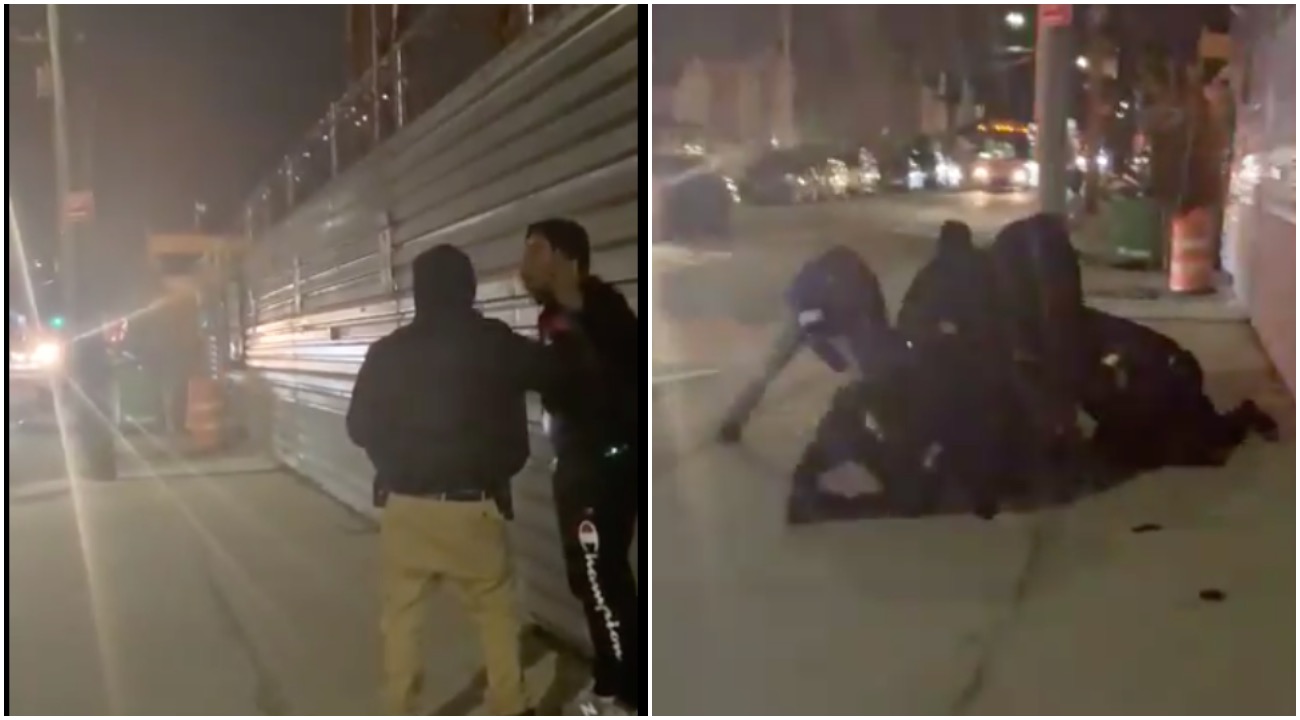 Fitzroy Gayle, 20, was violently assaulted and arrested in a Canarsie neighborhood in Brooklyn after officers from the NYPD approached him in regards to smoking weed at a local park. Video of the arrest has since gone viral. Gayle can be witnessed in the video getting jumped by multiple officers after asking the initial cop who stopped him as to what crime did he commit. After being pinned against the wall by the initial officer, several others attacked the 20-year-old in order to force Gayle to the ground. Gayle can be heard pleading for cops to stop assaulting him and crying out for help.

Gayle explained to BuzzFeedNews, “It’s not like I was fighting with the officers. I was just trying to find out why [they were arresting me], […] I was panicking a little because I had never been in this type of situation before. They probably took that as me being aggressive.”

Gayle was charged with marijuana possession, resisting arrest, and obstructing governmental administration. Gayle adamantly denies having weed on him at the time. Cops have a notorious reputation for planting drugs on people in order to justify assaulting and/or arresting them when necessary.

Sanford Rubenstein, Gayle’s attorney, told the NY Times the video demonstrates “that the era of stop and frisk is not over in New York City. The police officers involved in this brutal assault must be brought to justice.”

Stop & Frisk policing tactics resulted in millions of police apprehensions of mainly Black & Hispanic New Yorkers. A federal judge eventually ruled the tactic as unconstitutional in 2012 prompting the NYPD to drastically decrease its use thereafter.

I’m walking home from work and this undercover cop was holding this man. The guy asked for the cop to identify himself, he ignore that. He asked what crime he commit, he ignore that too. I pulled out my phone. You can hear the guy screaming “I never thought it would happen to me” pic.twitter.com/YW2dI3g8fk

Pt 2. This shit was just completely unnecessary. Yes the guy was in the park but he has a right to be in there because it closes at 9pm. This happened in Canarsie, Brooklyn. pic.twitter.com/hHjPq3JY2c

It was all unnecessary. And the fact that the cop would not identify himself in his street clothes when using police force and would not answer him when he asked what crime he committed is a complete abuse of power