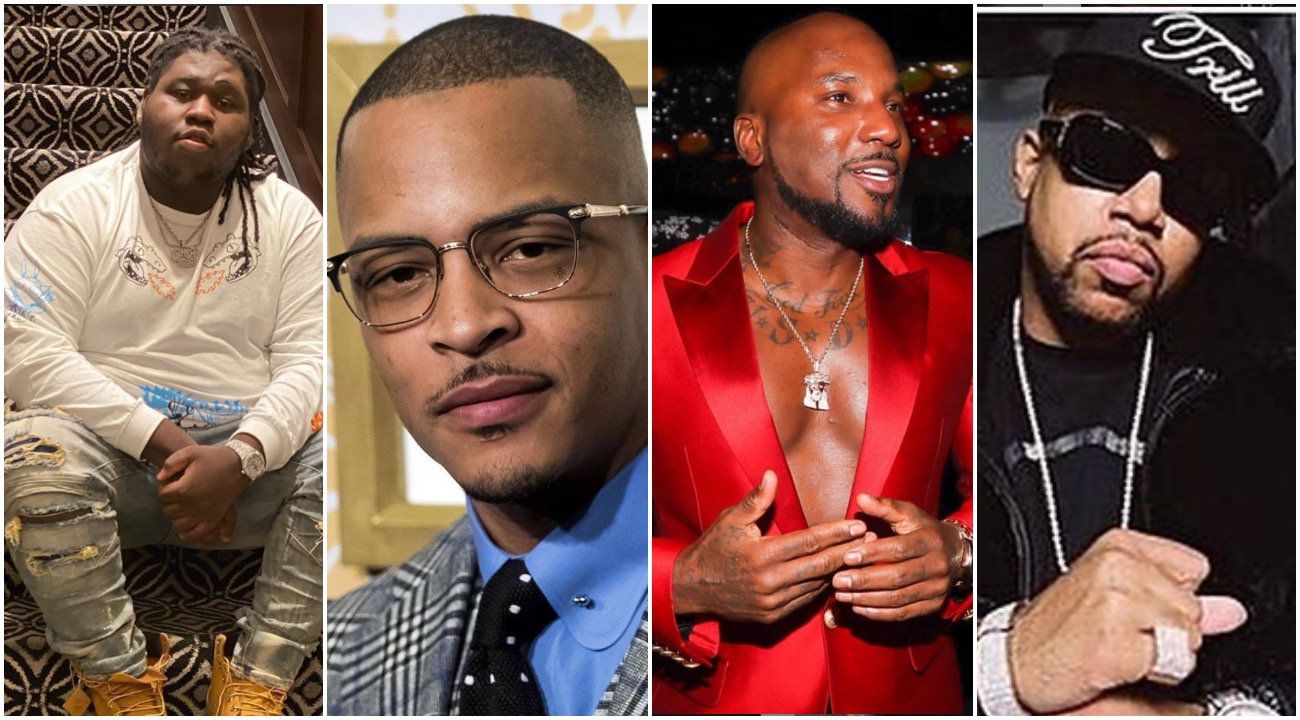 First, Young Chop had an odd Live conversation with J. Prince Jr. (see here) and also hopped on a Live feed with Gillie Da King and called Meek Mill, Lil Wayne and French Montana “scary” (see here). Then, the Chicago-bred beatamker went hard dissing the whole New York (swearing on the Bible) except for specifically shouting his fans in Brooklyn and 50 Cent (see here). He also publicly has been beefing with Queens, New York-bred beatmaker Trav who was formerly signed with G-Unit (see here). This comes at a time when Trav is publicly coming at 50 Cent (see here and here).

Chop now seems to have his sights set on the ATL, the same city where he’s reportedly living. First, chop dissed Migos member Offset. Then, he called 21 Savage a “b*tch” (see here).

“Pimp C exposed alot of these niggas.. If Pimp C saw what Pharrell strange ass was doing wearing that Butterfly yellow dress he’d call him out too… Ni**a gave him fashion sense but would be rolling in his grave seeing this shit transpire… RIP to mama Wes too..” 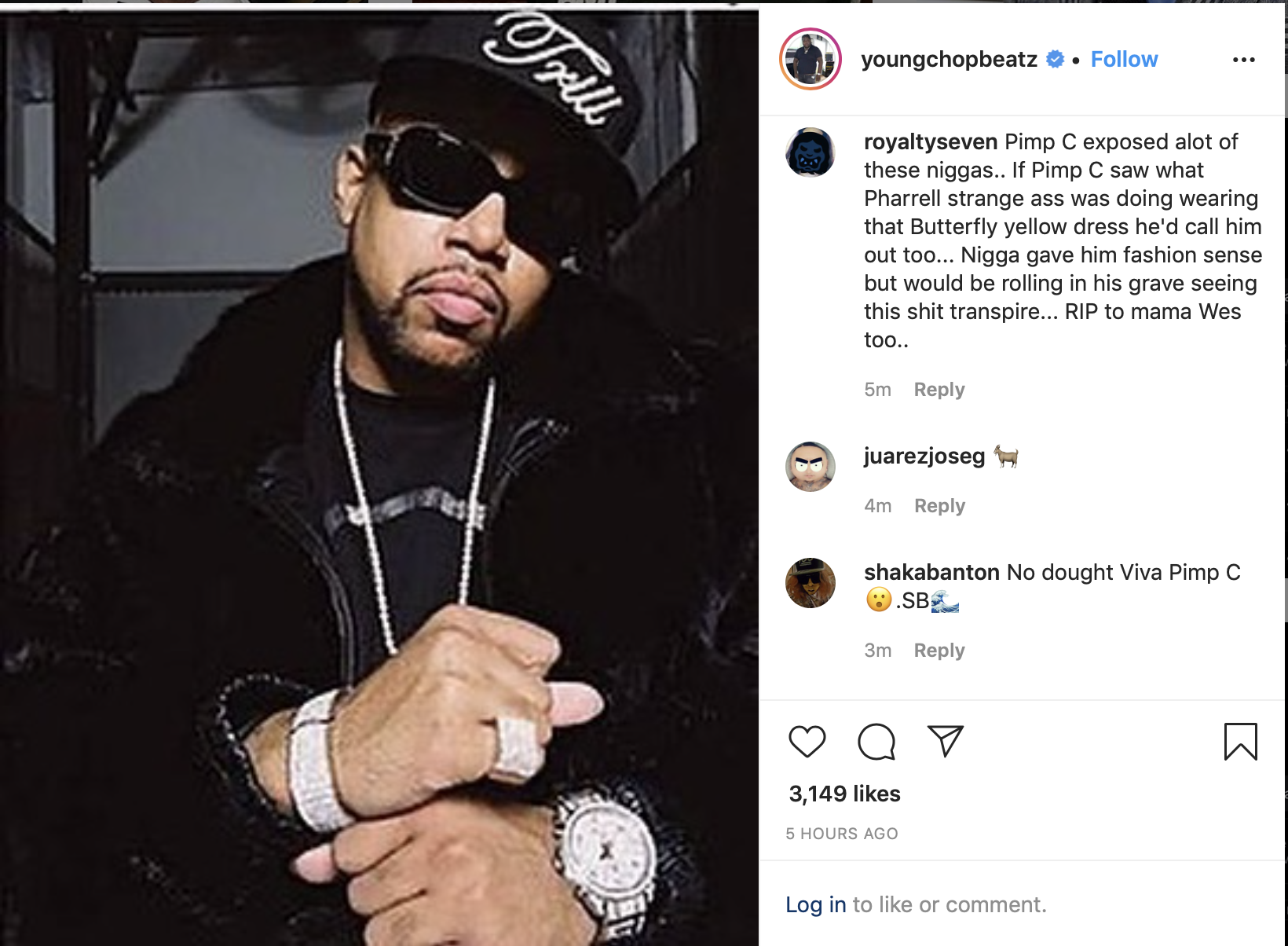 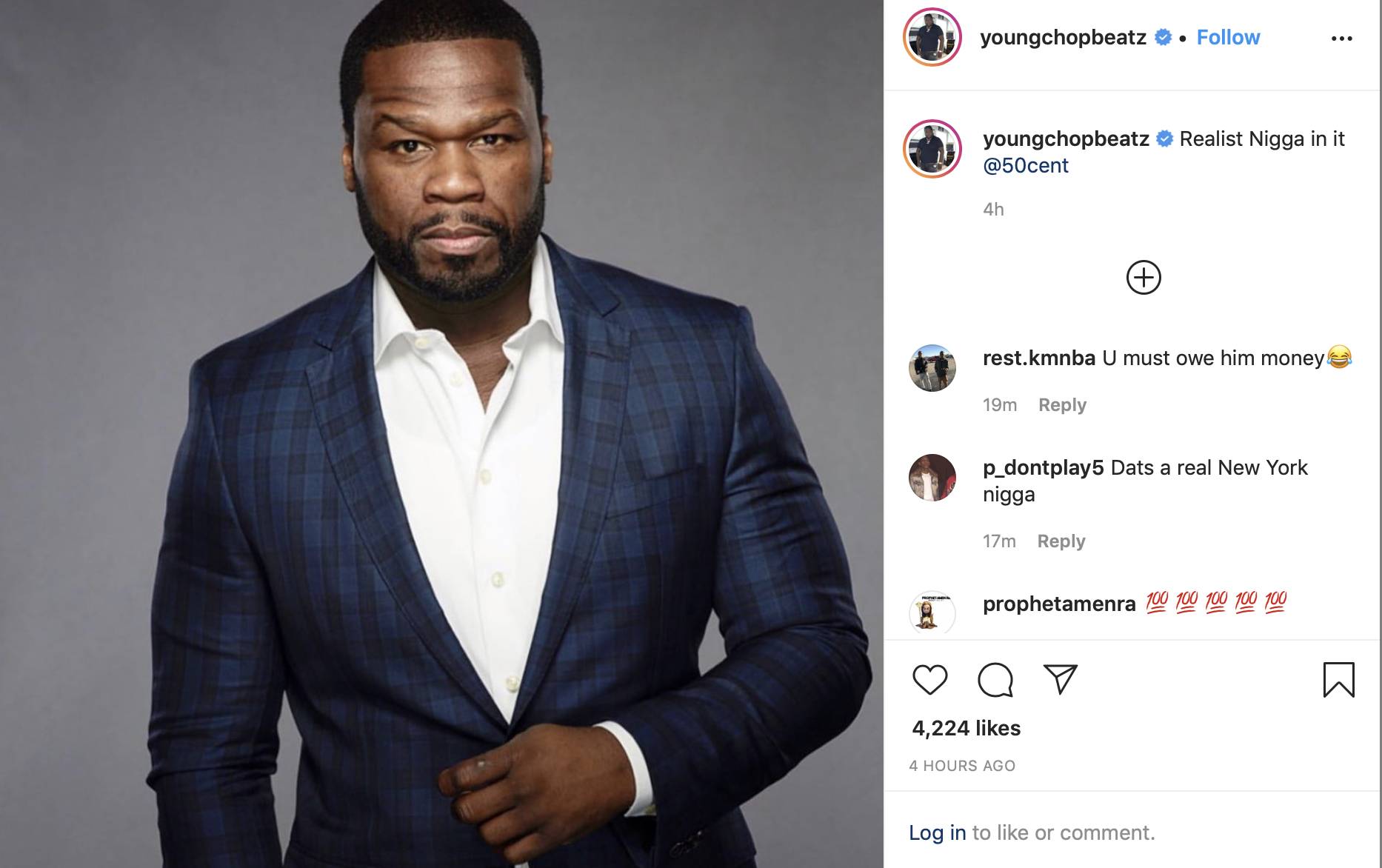 Now, the Chiraq beatmaker is coming at ATL legends T.I. & Jeezy in no uncertain terms. Notice how he tags Tip & The Snowman in the posts and calls them a “h*e ass ni**a’ and “h*e” 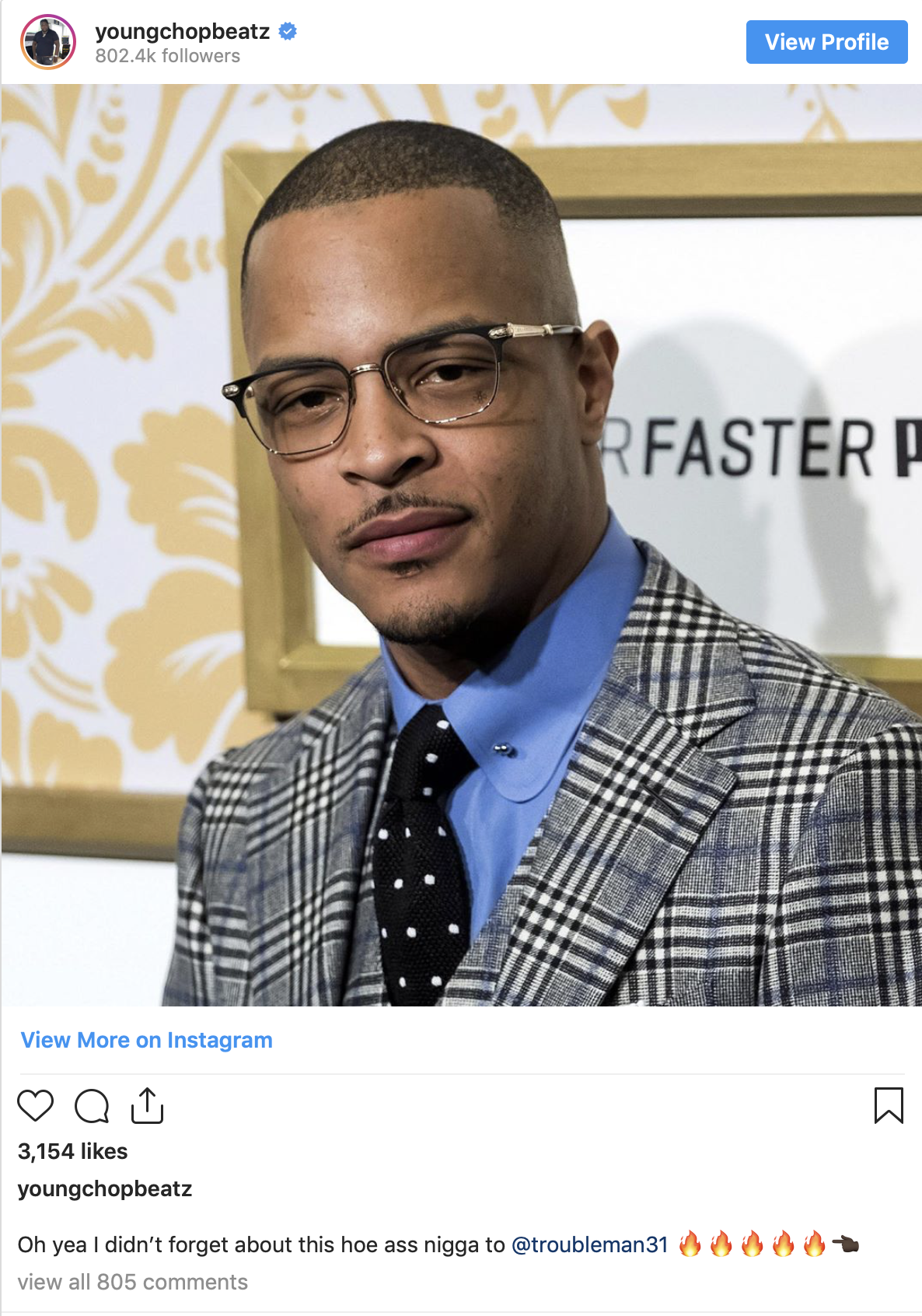 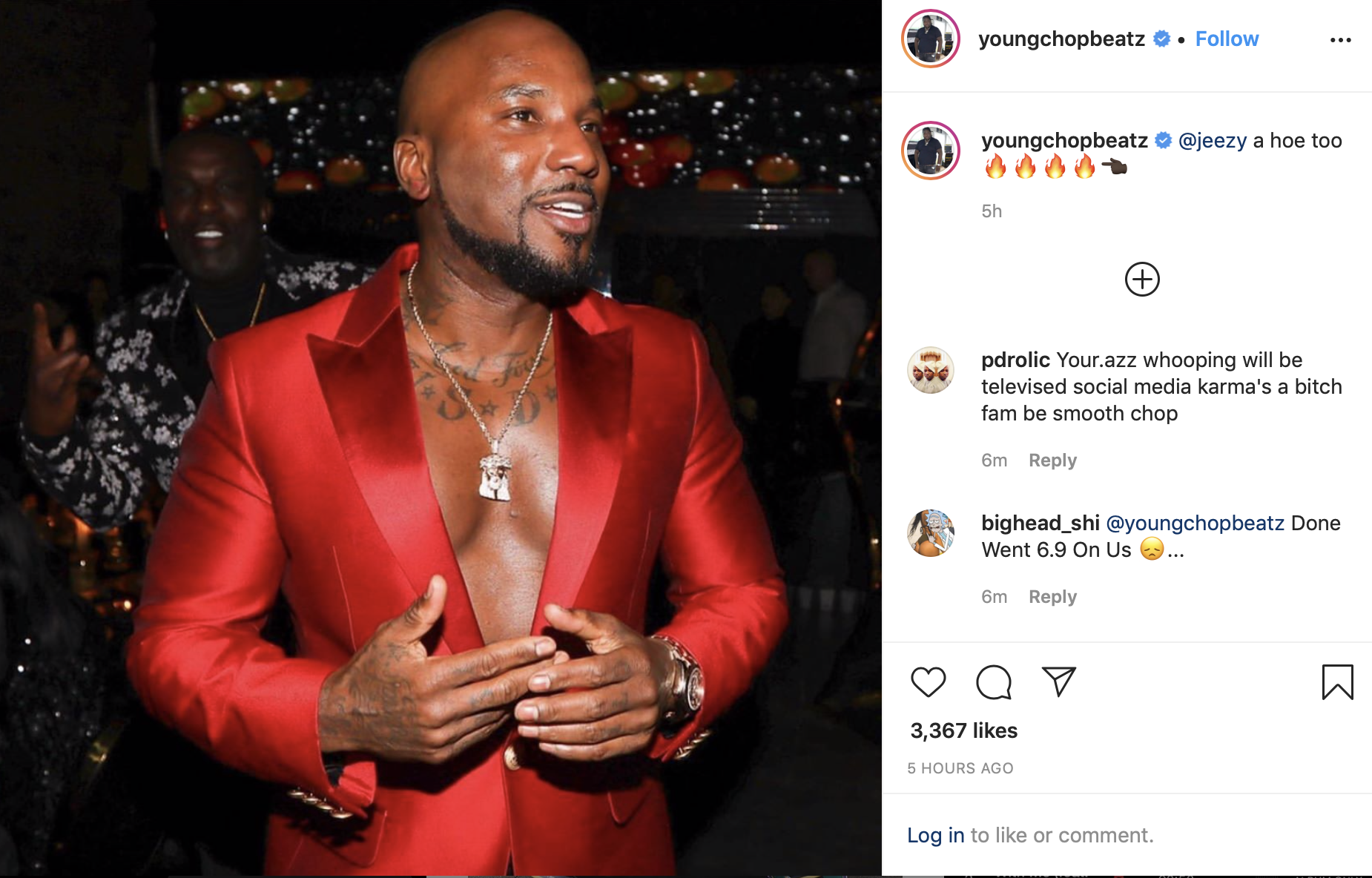