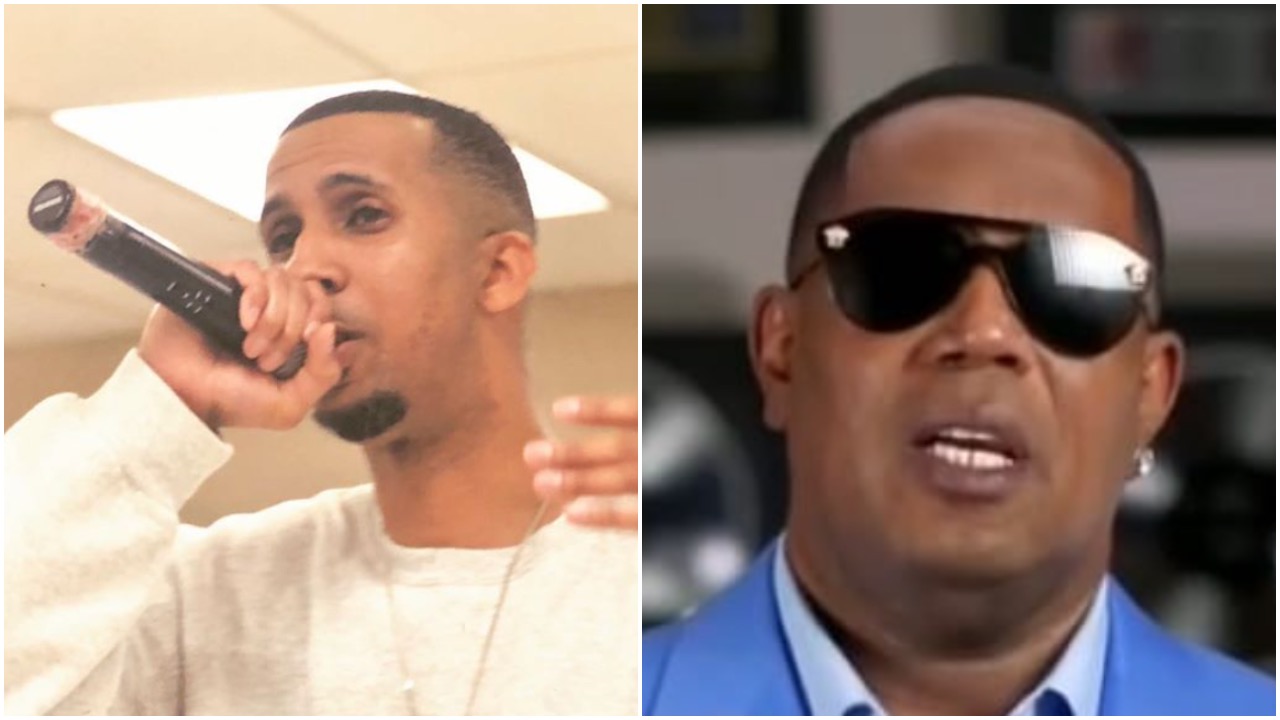 Master P recently appeared on NPR’s ‘Louder Than A Riot’ podcast and explained how he feels former No Limit Records lyricist MAC made wrong choices which led to his eventually arrest. MAC was sentenced on 9/21/2001 to 30 years-to-life in prison.  MAC (legal name: McKinley Phipps, Jr.) was convicted for manslaughter. While being interviewed by NPR Master P alludes to Mac potentially being wrongfully convicted.  Many observers are adamant of MAC’s innocence in the matter. Nevertheless, Master P, who said that “Mac was, probably, one of the best artists ever came to No Limit [Records]” and referred to the emcee as “our Down South Nas”, also suggested that MAC should not have placed himself in harm’s way by performing at a nightclub which only payed “$5,000.”  Master P specifically stated,

“You don’t need to go to no club for $5,000 when you got millions of dollars in the bank. The was my last conversation with him. A Hood club. When you make decisions and choices you gotta suffer the consequences even if you innocent. And you have to show people that you’re not like everybody else. But when you start hanging around the wrong people then you become a bigger target. And I just think that’s what MAC got caught up in. That’s what my brother (C-Murder) got caught up at. They’re victims of their environments ’cause everybody wanna hang with you-good & bad…”

MAC’s wife, Ms. Angelique Phipps, was quick to comment on the matter where she disagrees with the No Limit Boss, stating on the photo of the post,

“If Mac actually had millions in the bank at that time then he wouldn’t have ever thought of doing a small show club for $5K.  Furthermore, to even somehow suggest that he deserves to be in prison for 20 years as a ‘consequence of hanging around the wrong people’ or had somehow made himself a target is ridiculous. We are talking about a man who had never been in any kind of trouble or even had a traffic ticket prior to this incident.  Angelique Phipps” 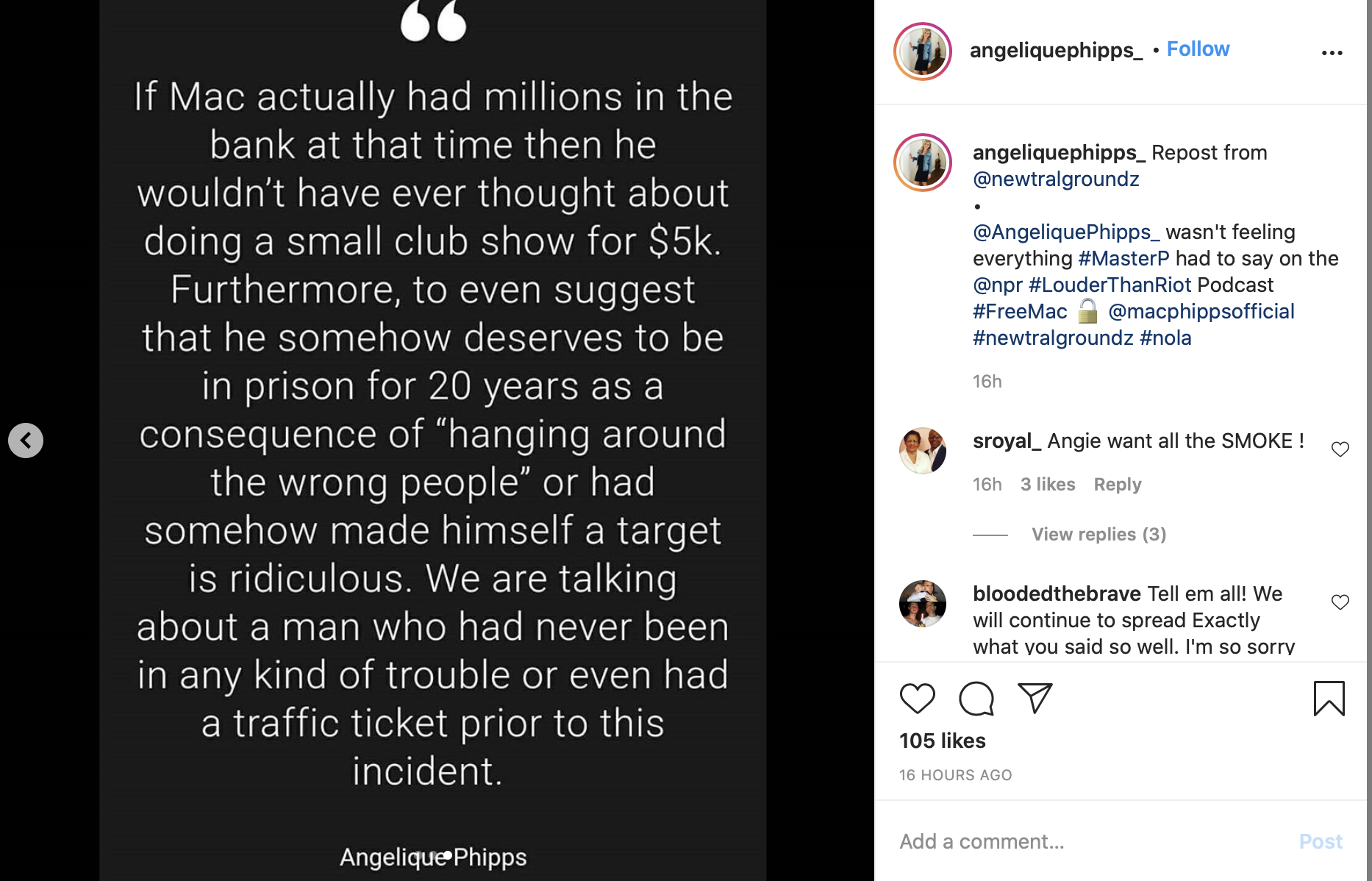 Anyone seeking to further understand the seemingly dubious case of MAC’s imprisonment can reference the book seen in the photo below which can be purchased, among other places, from Amazon here. 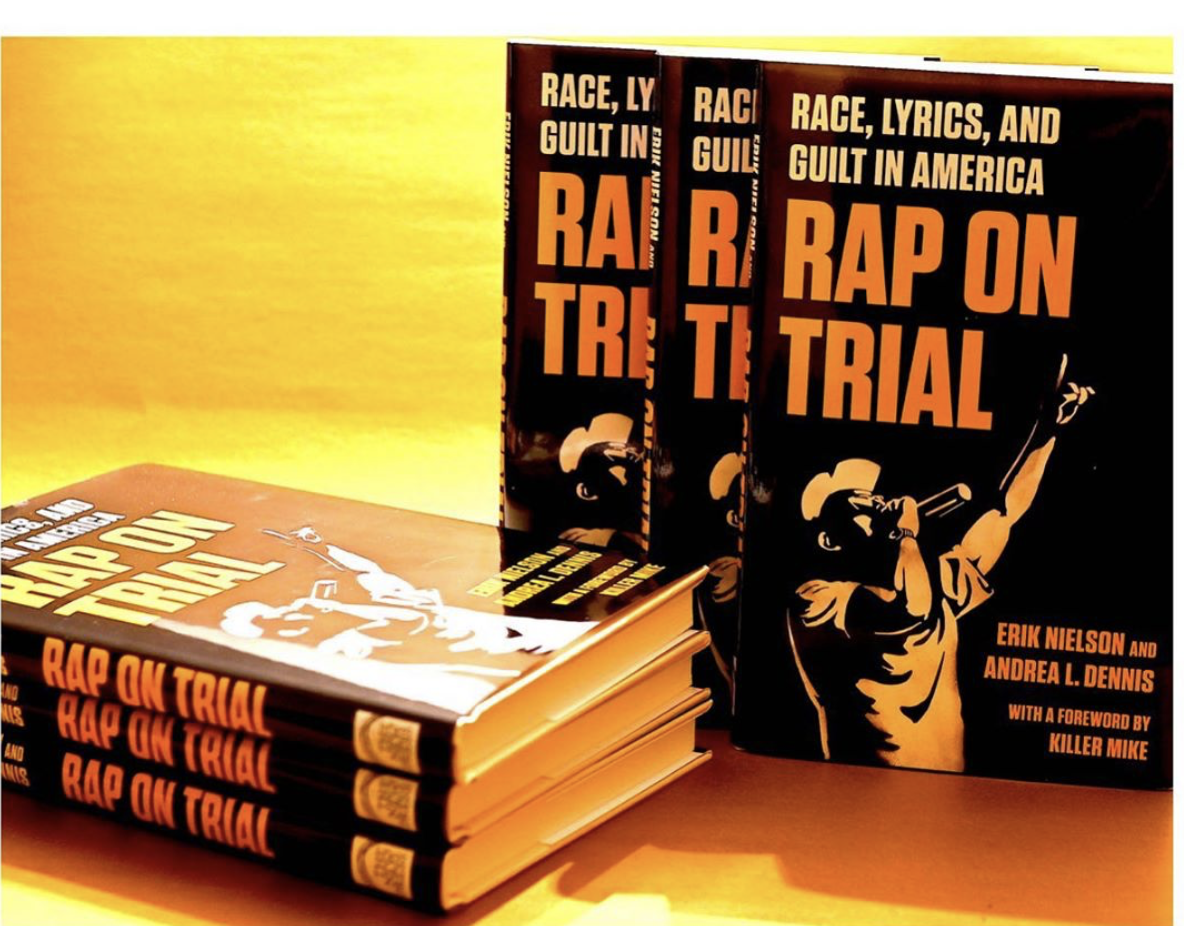