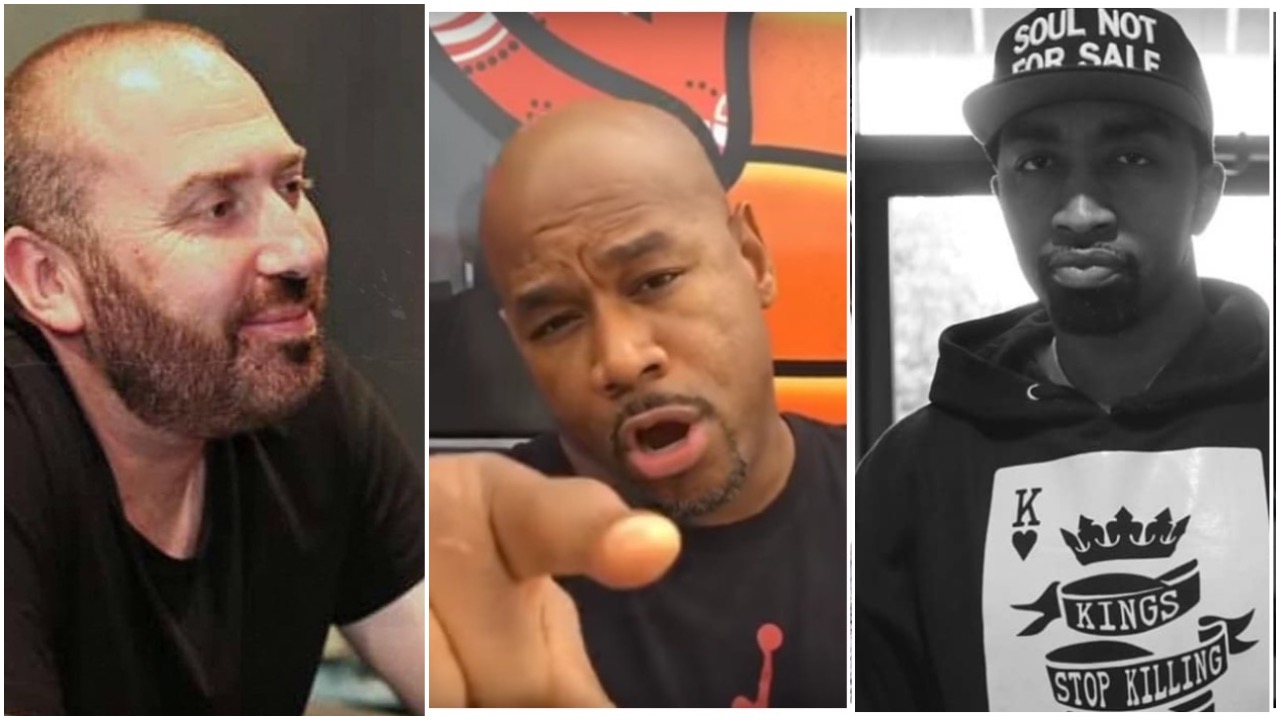 Wack100 has taken to social media and put both Mysonne & DJ Vlad on blast. In the post, the CEO of Cash Money West captions it by bluntly stating,

“@mysonnenygeneral long as you support this clown this rat bastard that exploits our culture your on the wrong side of the tracks. I can’t wait to run into em . Ni**a disrespected @farrakhan.speaks Ni**a talked crazy about @richforever and when caught filed a law suite straight rat disrespected @miketyson and stirs shit up amongst our people while he goes home to a family that don’t look like us and the families that do look like us are worried about the fire this clown started .. But this is your man right ? Yeah f*ck this clown vladtv and what he stands for. Matter fact set up a interview with me and him please ! I have some sore law suit money laying around – House ni**a mentality look the other way cause he lets you use his camera but f*ck the culture ! Naw my ni**a I’m putting the light on you NOW you always commenting on sh*t so let’s figure this one out” 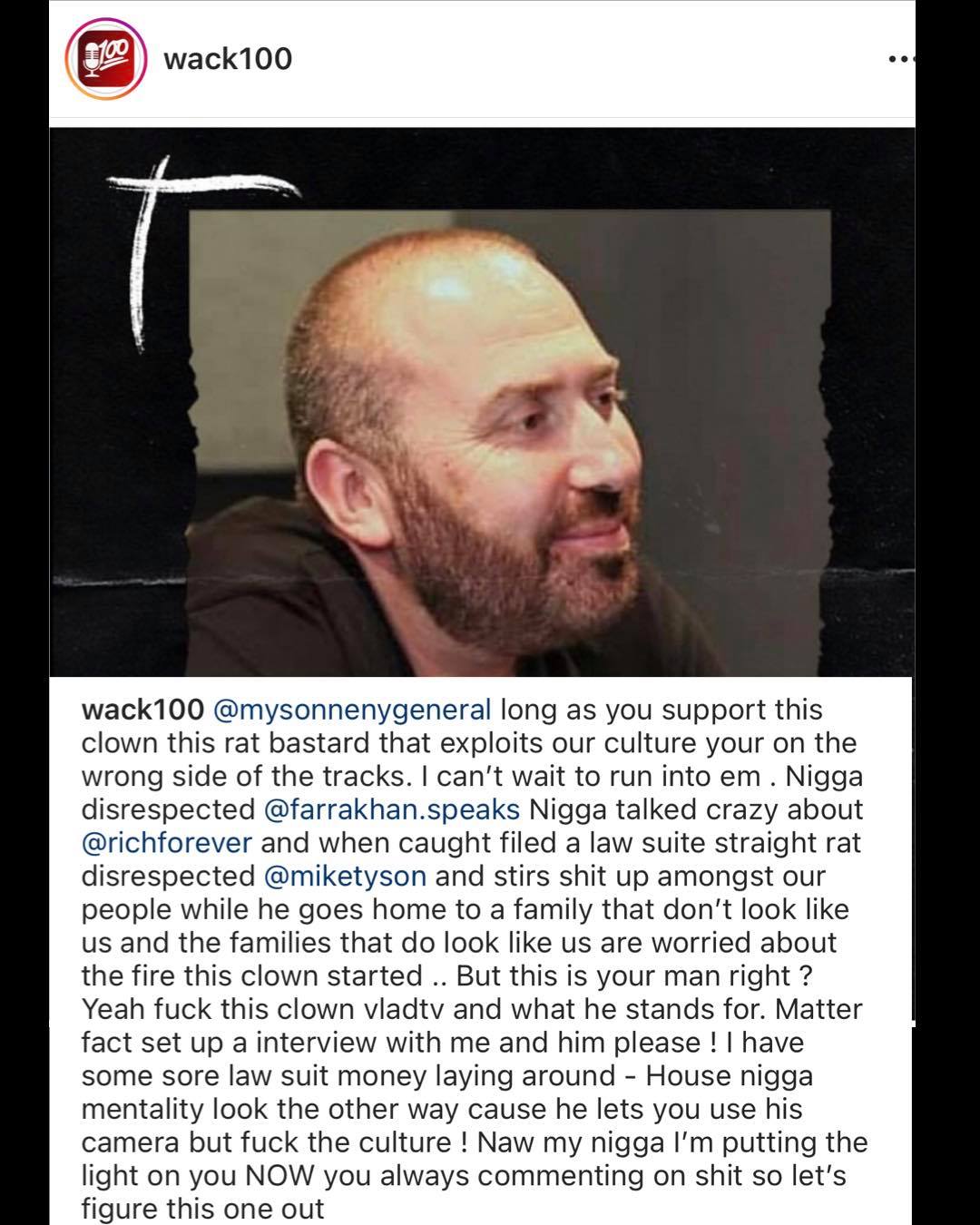 However, Wack’s reasoning for doing so now remains unclear. In the caption, Wack states, “ Yeah f*ck this clown vladtv and what he stands for. Matter fact set up a interview with me and him please !” It seems as though Wack is telling Mysonne, who now co-hosts the podcast Street Politicians along with Ms. Tamika Mallory, to “set up a interview” between himself and DJ Vlad.

Mysonne was reportedly a bodyguard for DJ Vlad for years. Vlad has also previously referred to Mysonne as his “friend” in the past.

This is not the first time Wack has taken aim at Vlad. The CEO of Cash Money West previously took issue with both DJ Vlad & No Jumper host Adam22. This came after Adam22 & Vlad seemingly mocked Dame Dash’s parenting skills during a VladTV interview.

Mysonne has yet to respond. We’ll have more on this matter when the details become available.