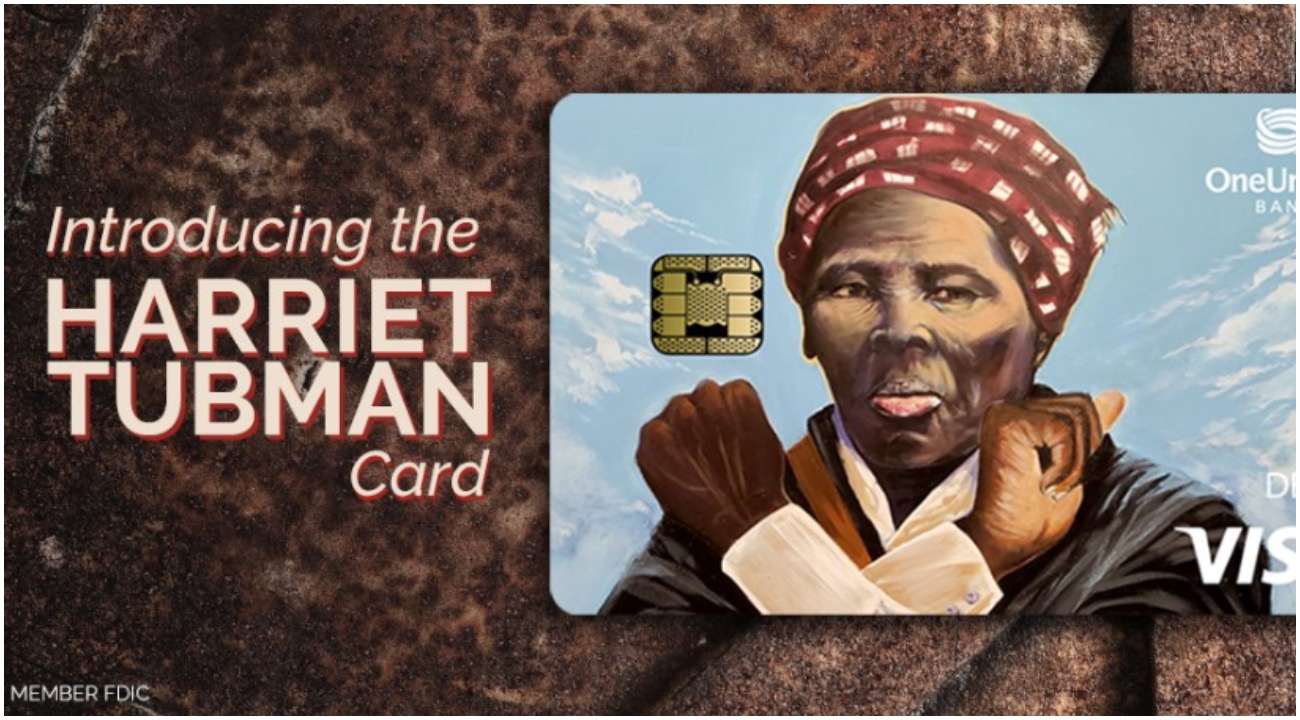 OneUnited Bank, a Black-owned bank based out of Boston, for Black History Month has issued limited edition debit cards featuring cultural icon Harriet Tubman doing what appears to be the “Wakanda Forever” salute. The institution took to social media to announce the release of the Visa debit card and described it as “a symbol of Black empowerment.”

President & COO of OneUnited Bank Teri Williams said in a statement, “[w]e have the power to place Harriet Tubman on a global payment device in celebration of Black History Month,”… “[t]his symbol of Black empowerment in 2020 will pave the way for the Harriet Tubman design on the $20 bill.”

Harriet Tubman is the ultimate symbol of love – love that causes you to sacrifice everything, including your own life. The gesture is the sign language symbol for love. It's so important that we love ourselves.