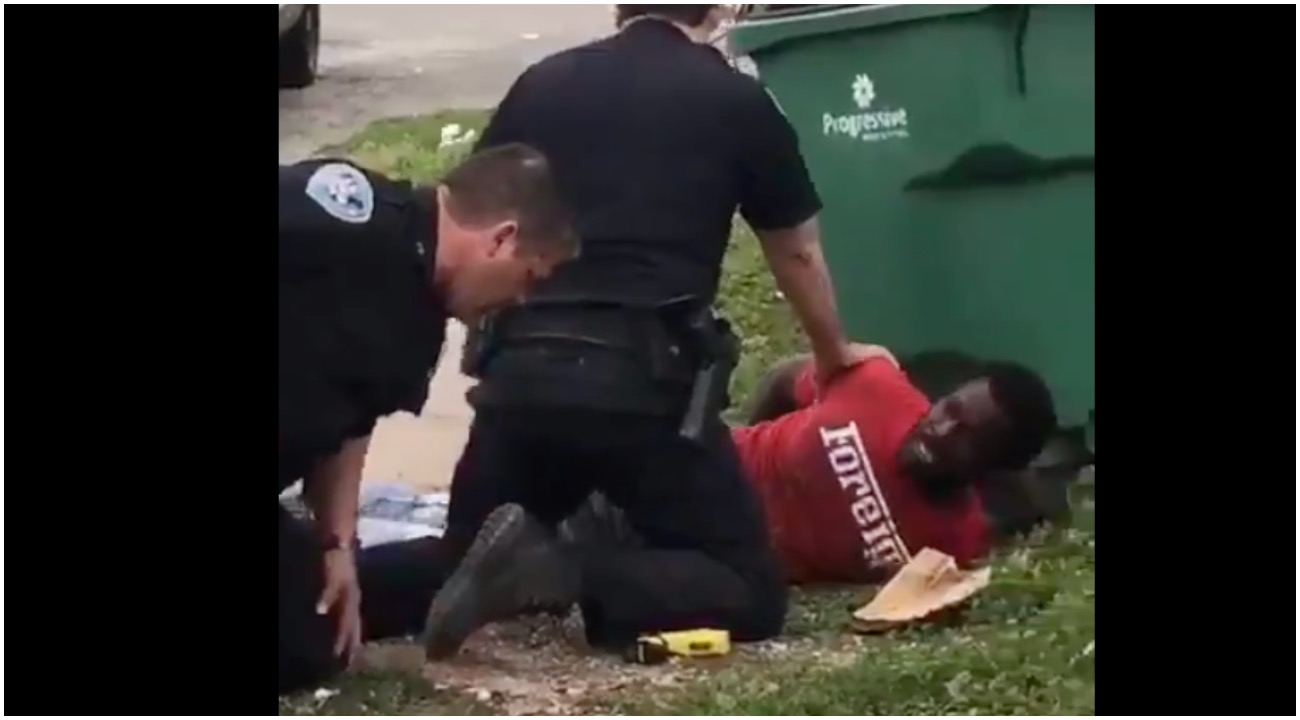 THIS IS WHATS GOING ON IN OUR NEIGHBORHOOD! JP PUTTING DRUGS ON PPL!!! pic.twitter.com/KHZMGFKWXB

A video has been going viral online, which shows a Jefferson Parish Police officer in Louisiana appearing to plant illicit narcotics on a handcuffed citizen. The video was uploaded on Monday (3/6) by Twitter user Simply Jasmine K, who captioned the post, “THIS IS WHATS GOING ON IN OUR NEIGHBORHOOD! JP PUTTING DRUGS ON PPL!!!”

One officer seems to be searching the adjacent soil for something while also holding a small paraphernalia-like baggie in his hand that he appears to drops in front of the handcuffed man. The man on the ground screamed out, “What is that? You just put that on the ground! That ain’t mine.” The woman recording the incident backed the handcuffed citizen’s claims and let the officer know that she was recording the ordeal. The officer then looks up at the woman and appears to aggressively walk toward her before the video turns off. Jefferson Parish Police Department has yet to respond to the video. Jefferson Parish is directly adjacent to Orleans Parish the jurisdiction which includes New Orleans. Many residents live and/or work in one parish or the other.