UFC legend Jon Jones has released CCTV surveillance footage which showcases the UFC legend chasing away a burglar who was seeking to to break into his home & vehicles in Albuquerque, New Mexico. The video a burglar playing with Jones’ vehicles before a garage light begins to be noticeable in the video with the garage door opening only for Jones to appear with what seems to be a shotgun. The MMA legend then chases the man off his property.

Jones commented on the matter on his IG page where he captioned the post by stating,

“Ended up tapping on this guys driver side window with the muzzle of my shotgun last night. Next time you try to rob someone, make sure you’re fast enough to out run them. He’s lucky I’m smart enough to not shoot a man while he’s retreating. People I know times are getting hard but your life isn’t worth a few material possessions. What are your thoughts on this video, what would you have done differently?” 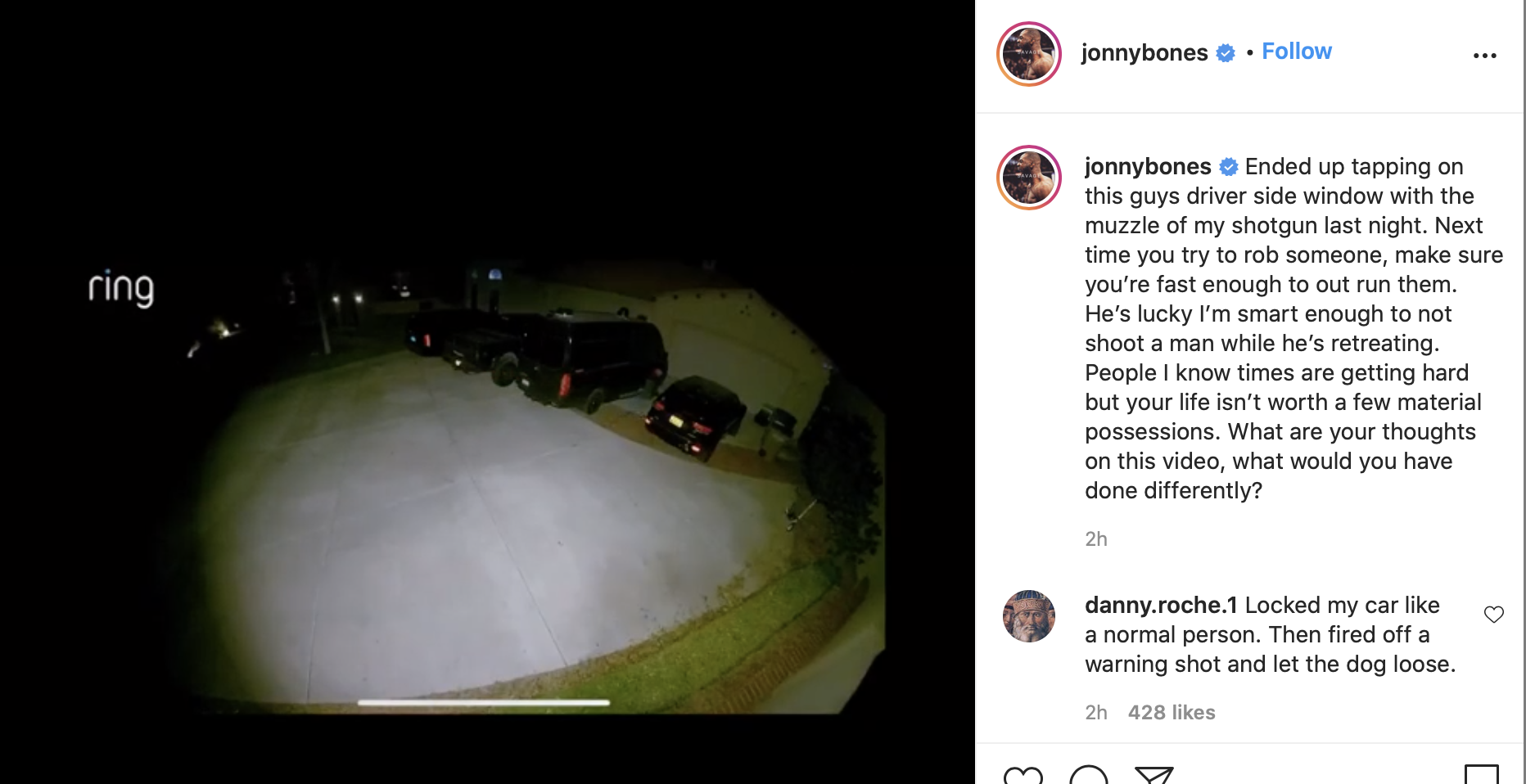