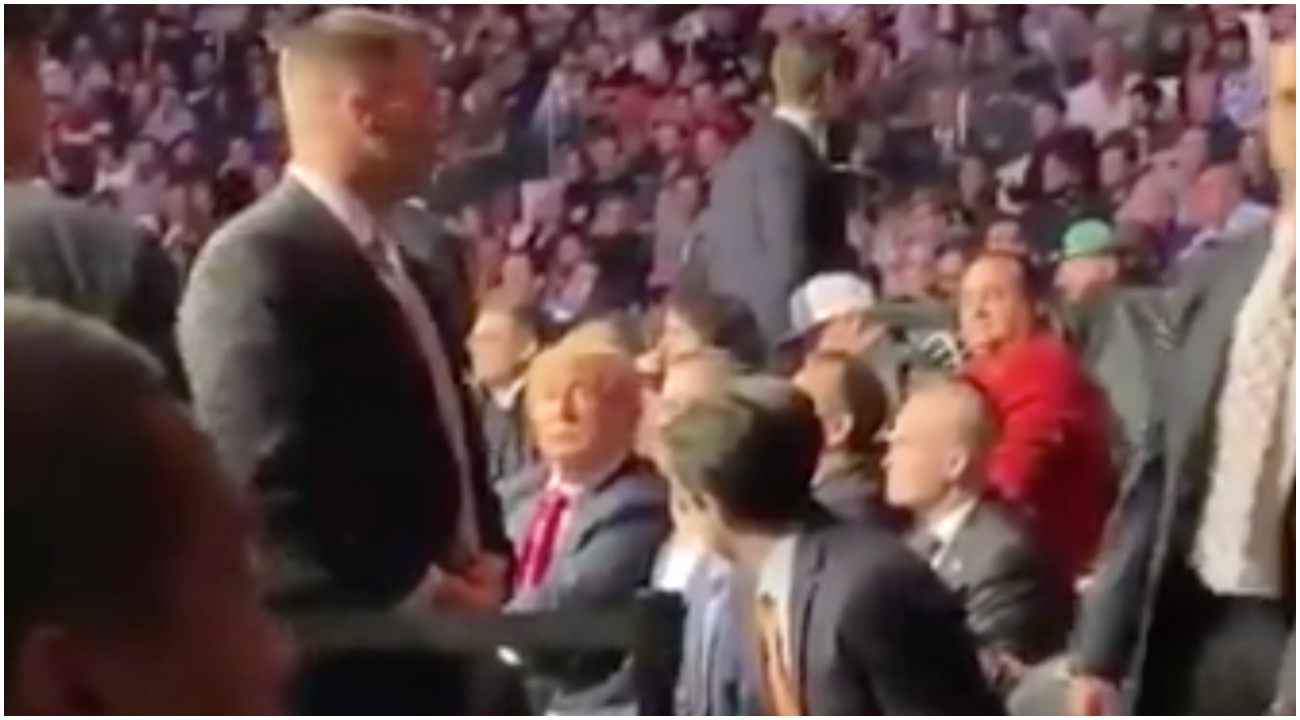 America has grown increasingly polarized. In reality, the nation has always been polarized but we’re referring to the mainstream discourse. As the nation’s economic trajectory continues to lack a solid basis for it’s recovery (namely due to a lack of a manufacturing base which employs the working class in any society), people are looking for any reason to show their disdain. Some people choose to blame immigrants. Some people choose to hate on Black people (namely because they’re racist). Some people blame all White people for being racist when plenty of working class White people only want jobs good enough to allow for a dignified life.

Some people show their hate towards others online. Others show their hatred in public. Well, society has reached a point where the even the President even gets heckled in public. Catch the footage below from the recent UFC 244 event which took place this past Saturday (11/2). This trajectory doesn’t seem to be going away anytime soon. As the nation’s currency continues to lose value the cost of living will continue to increase. This will only bring out more & more “hate” as people look for reasons to understand the changing economic reality.

President Trump getting massively booed as he entered the Garden for #UFC244 pic.twitter.com/ZwmSxlQ4uL

In reality, there’s two thing great men & women always do. One, they believe and advocate for social justice. They’re comfortable with an even playing field. Two, they lead by example even when the odds are against them.