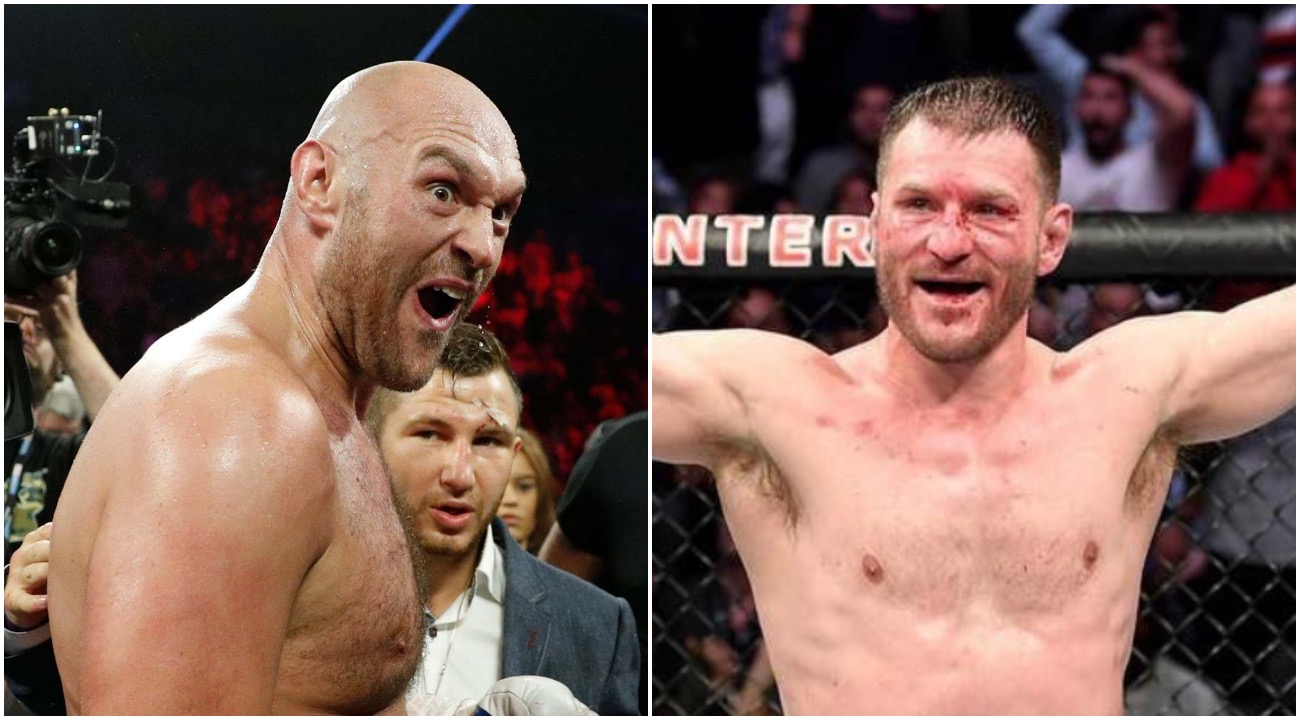 Tyson Fury let it be known recently that he has zero problems boxing Stipe Miocic. Fury says he’ll “smash” both Miocic & Deontay Wilder. The only condition set forth by the Gypsy King is that he fights Miocic after he boxes Wilder.

“Stipe says he wants to box me, that would be a good fight for sure. After I get Wilder out of the way I’ll fight Stipe in a boxing match if he wants it. It would be a big crossover fight like Mayweather and McGregor.

“I’m open to that fight so he should come and see me. It would be the same outcome for any of them, they’ll all get smashed…”

It’s great to see Miocic following in the footsteps of Conor McGregor and potentially taking on a boxing match. The UFC is pimping its athletes (similar to the NFL) and it’s fighters are getting paid peanuts in comparison with the demand for their product.