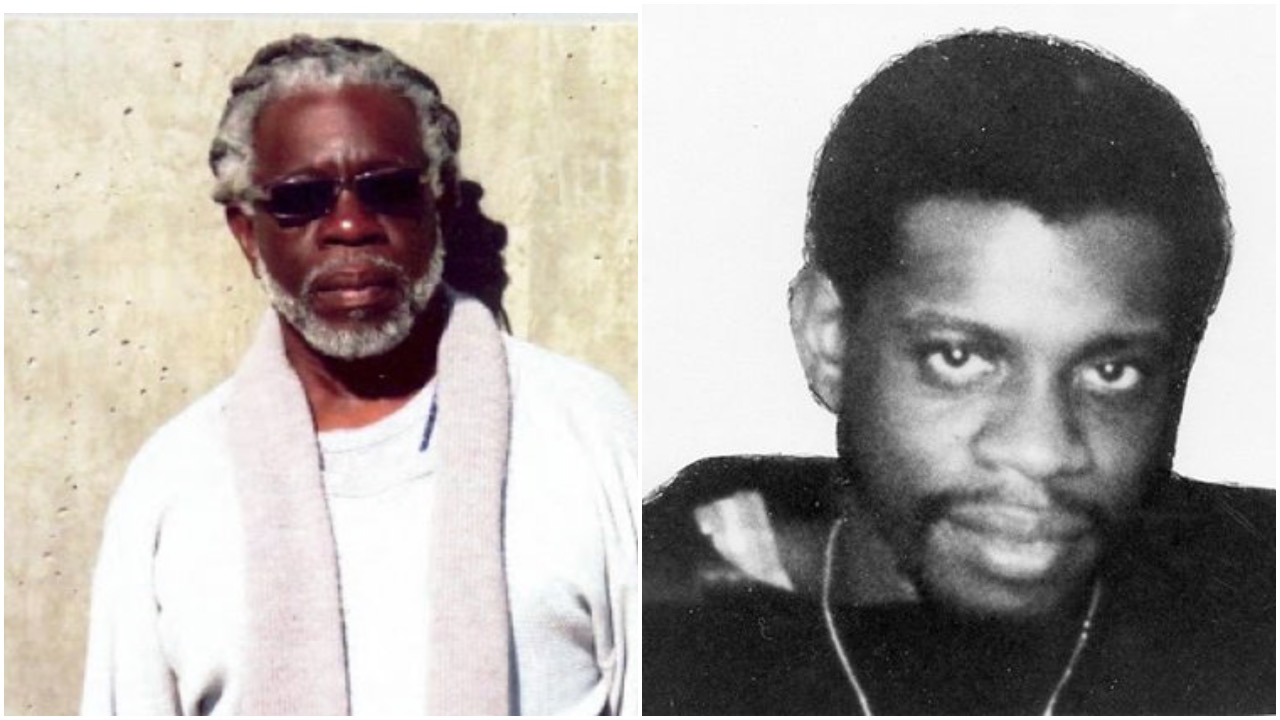 Tupac Shakur’s cancer-stricken stepfather, Mutulu Shakur, 69, was denied an early release from federal prison. Mr. Mutulu continues to serve a 60-year sentence for his role his involvement in a 1981 robbery of a Brinks armored truck in which a guard and two police officers were left dead.

Senior U.S. District Judge Charles S. Haight Jr. denied Mutulu’s release petition this week. The judge wrote that while Mutulu’s condition was sympathetic it did not outweigh the nature of his convicted offenses, noting,

“Should it develop that Shakur’s condition deteriorates further, to the point of approaching death, he may apply again to the Court, for a release that in those circumstances could be justified as ‘compassionate,'”

Mr. Mutulu’s legal team argued that their client deserved release from prison due to potential exposure to COVID-19, combined with his current health condition which places him at grave risk. They requested for Mr. Mutulu to be released to the home of his son, Mopreme Shakur. Mr. Mutulu’s attorneys stated in their petition,

“Beyond Mr. Shakur’s lack of disciplinary incidents, his positive conduct in prison paints the picture of a man who is committed to self-improvement, is not a danger to anyone, and has actually improved the prison environment for others. Mr. Shakur has expressed empathy for all the direct and indirect victims of his crimes, and this empathy been one of the forces that have led him to embody nonviolent solutions to conflict and teach those lessons to others.”

However, the son of Peter Paige, the guard killed during one of the robberies, also wrote a letter to the court opposing Mutulu’s release, stating, “Mutulu Shakur must be made to serve out his sentence, otherwise justice will not be served,”

At the time of his arrest Mutulu married to the late Afeni Shakur for seven years in the 1970s and 1980s and is credited with being a prime figure in Tupac’s upbringing.

According to the Bureau of Prisons, Mr. Mutulu is set to be released in December 2024 and is currently incarcerated in FMC Lexington in Kentucky.

Find the court documents below. 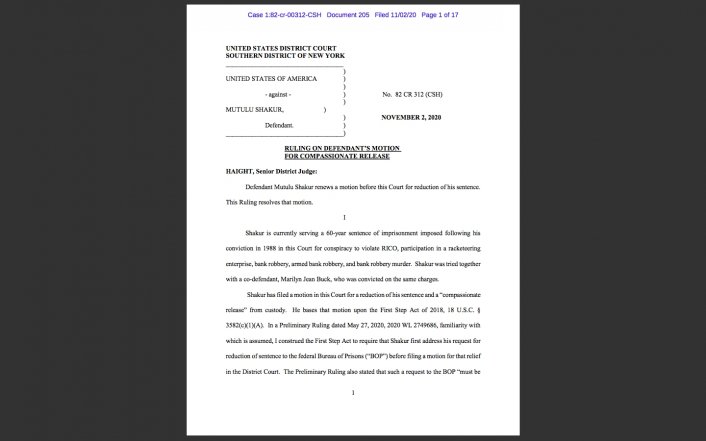 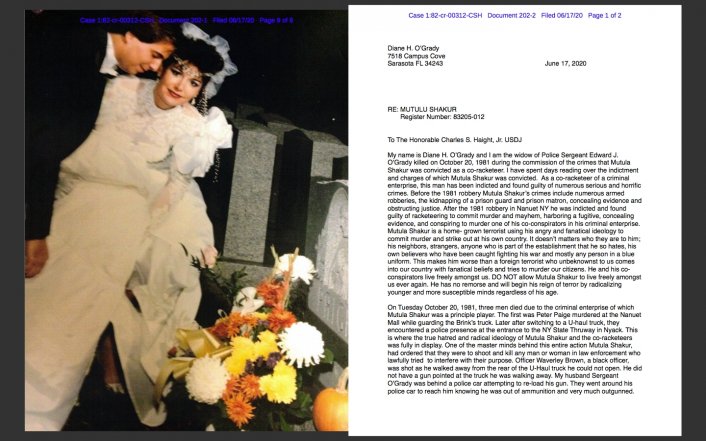 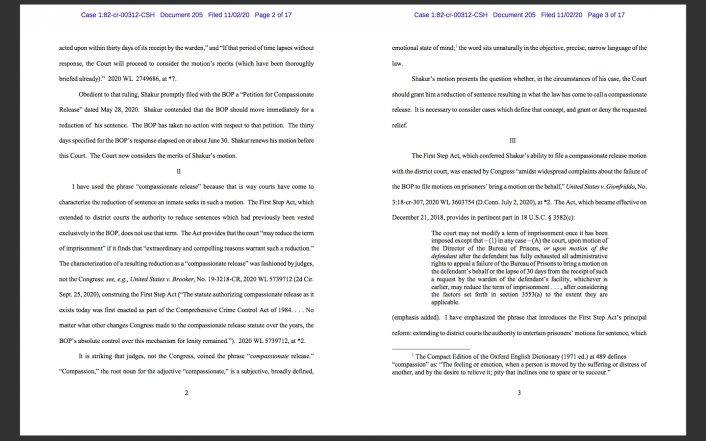 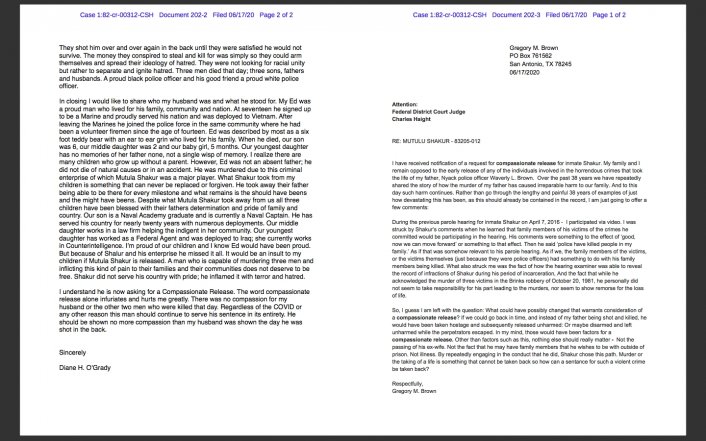 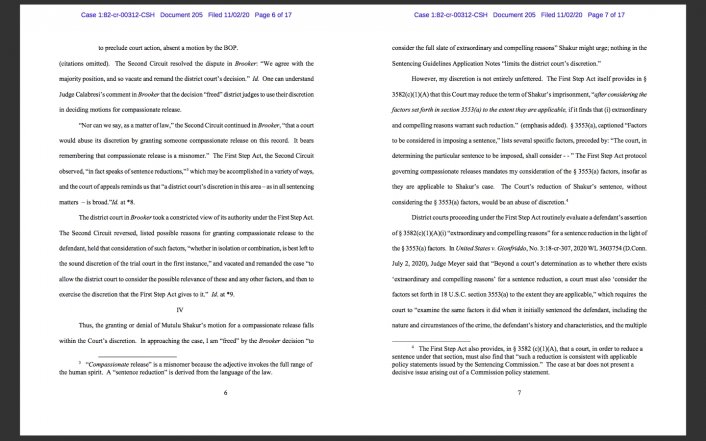 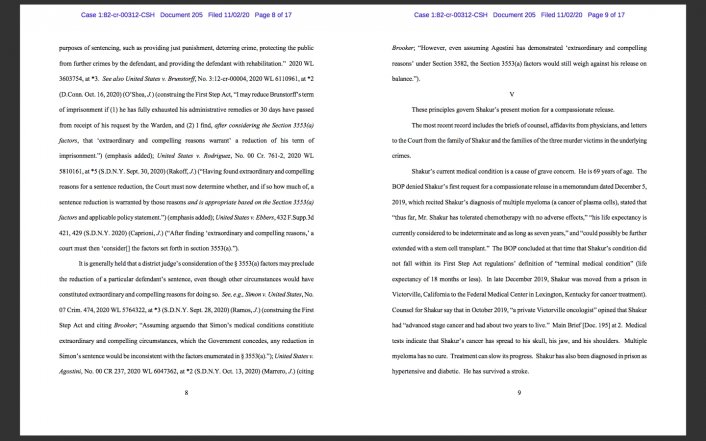 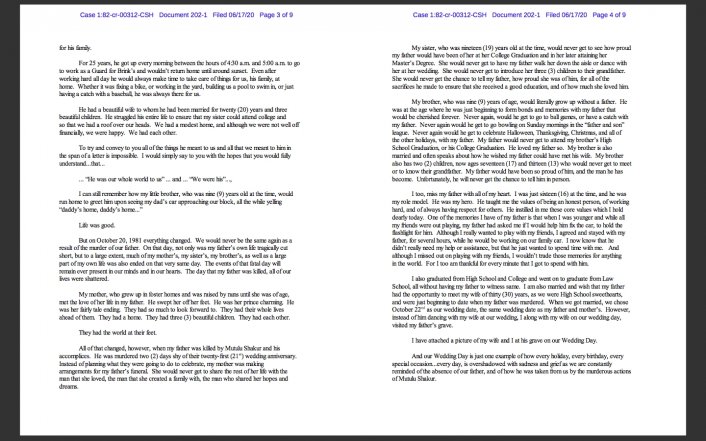 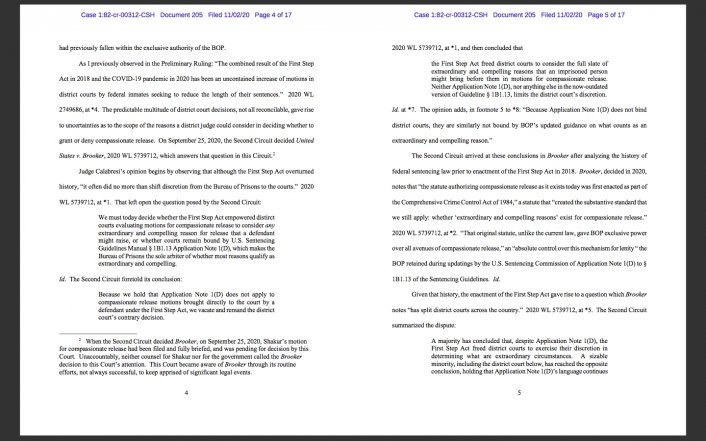 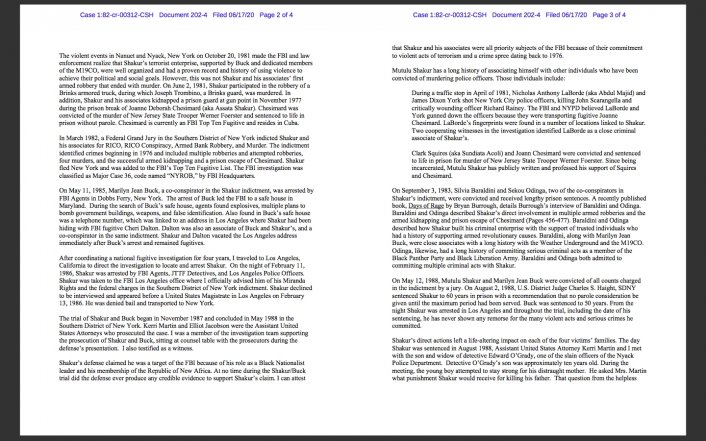 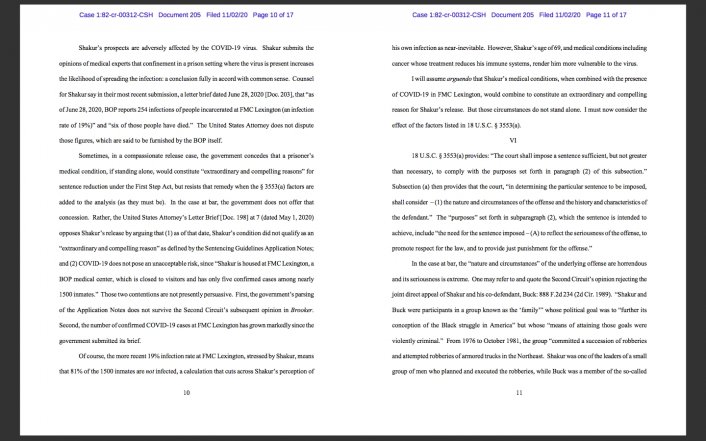 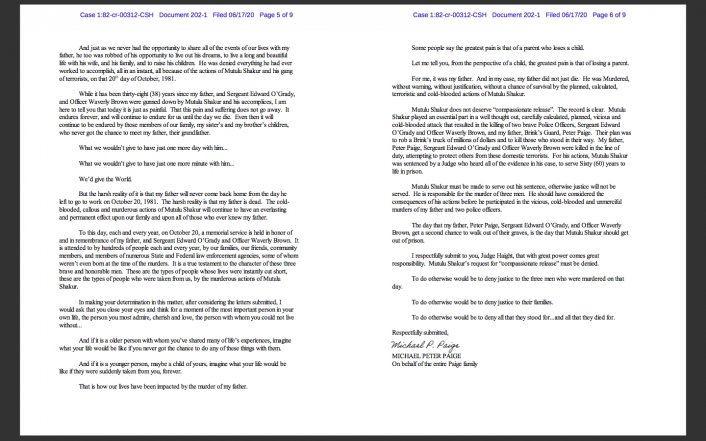 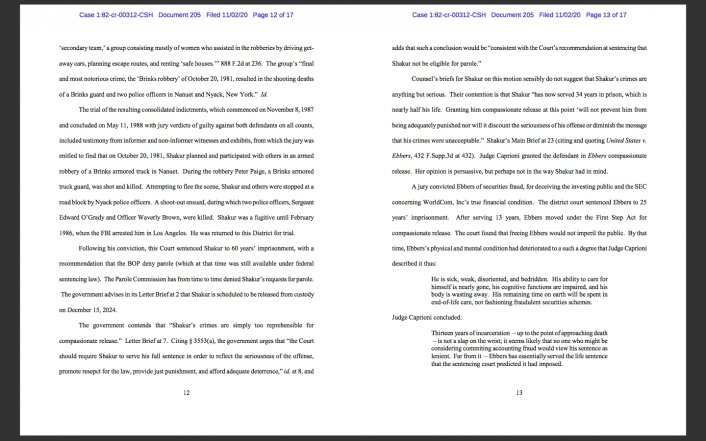 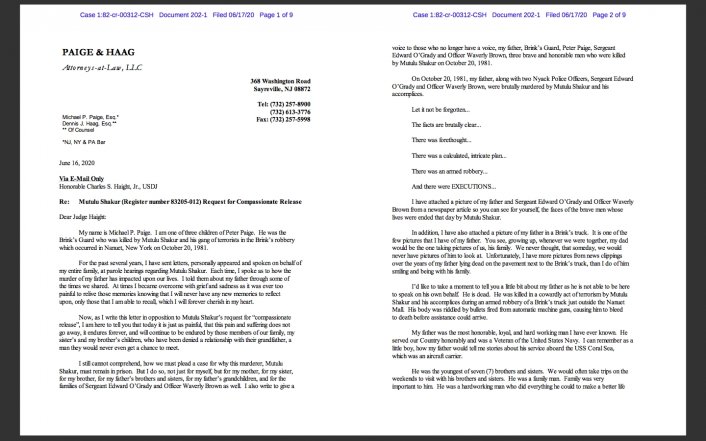 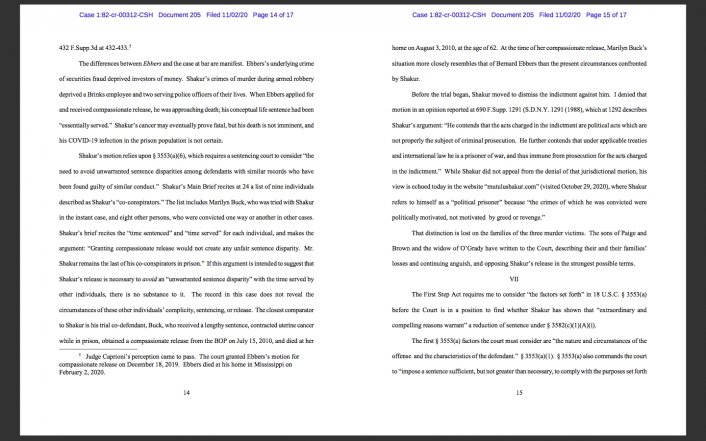 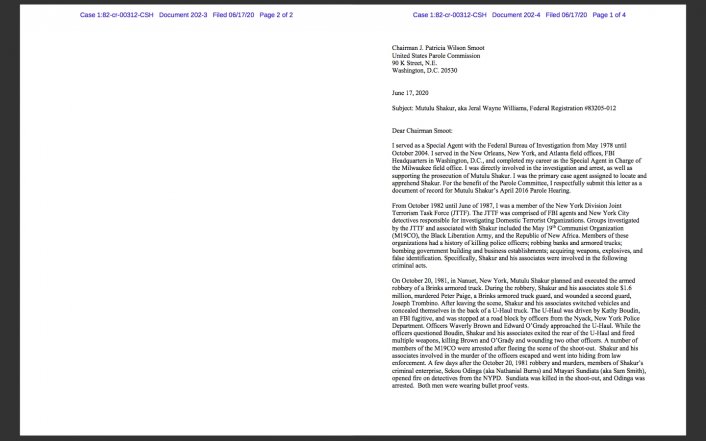 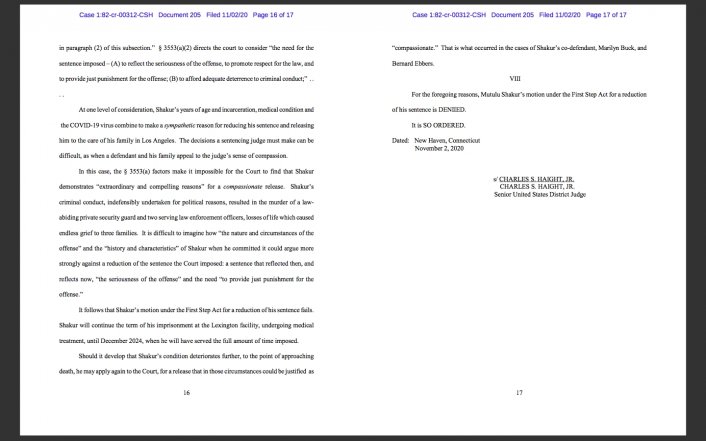 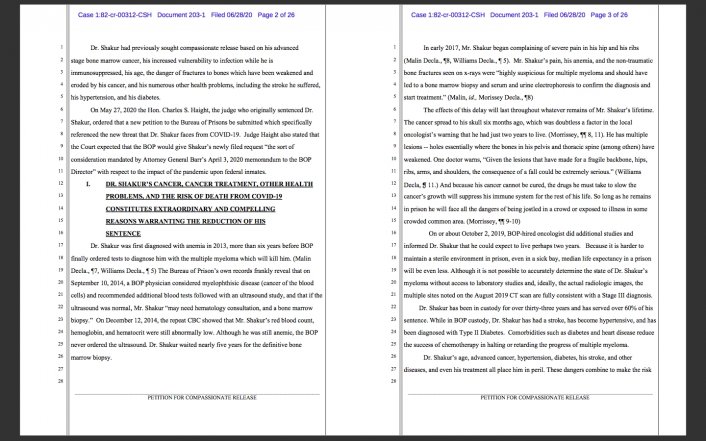 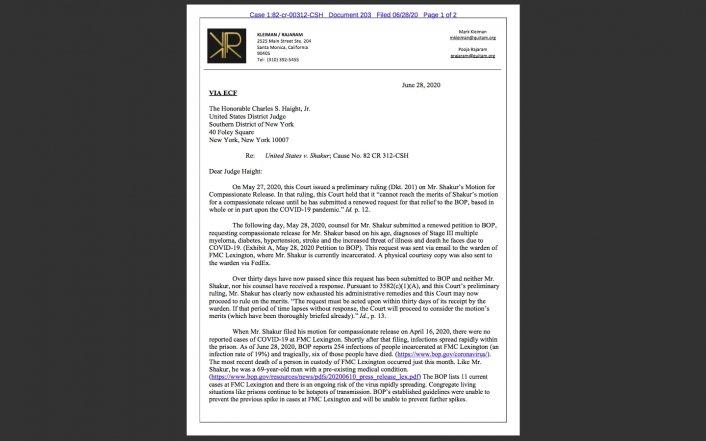 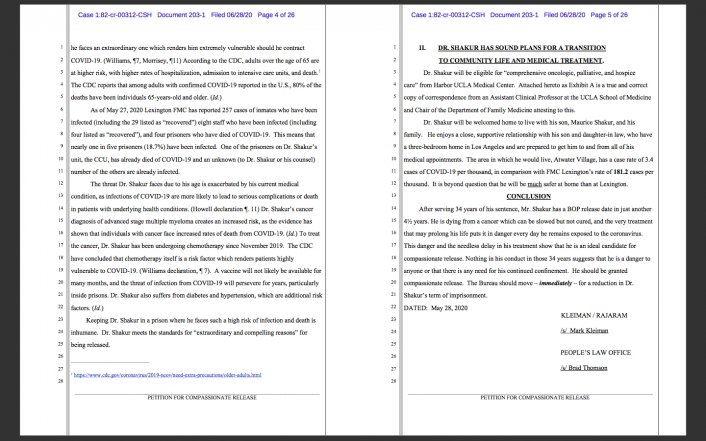 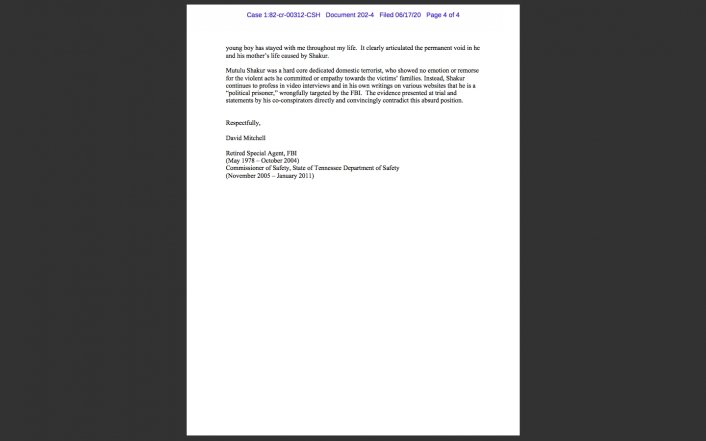 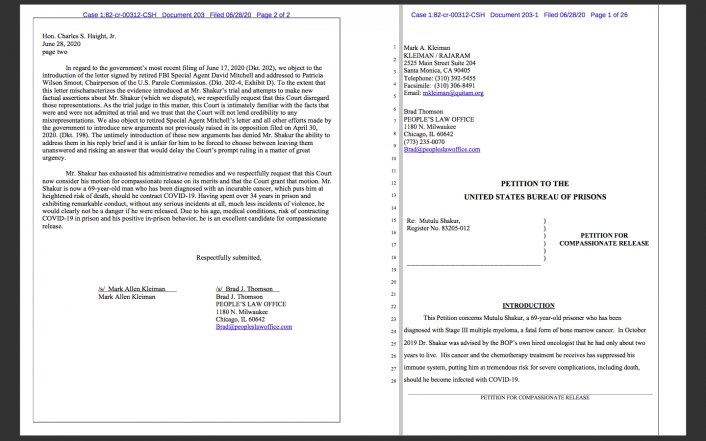