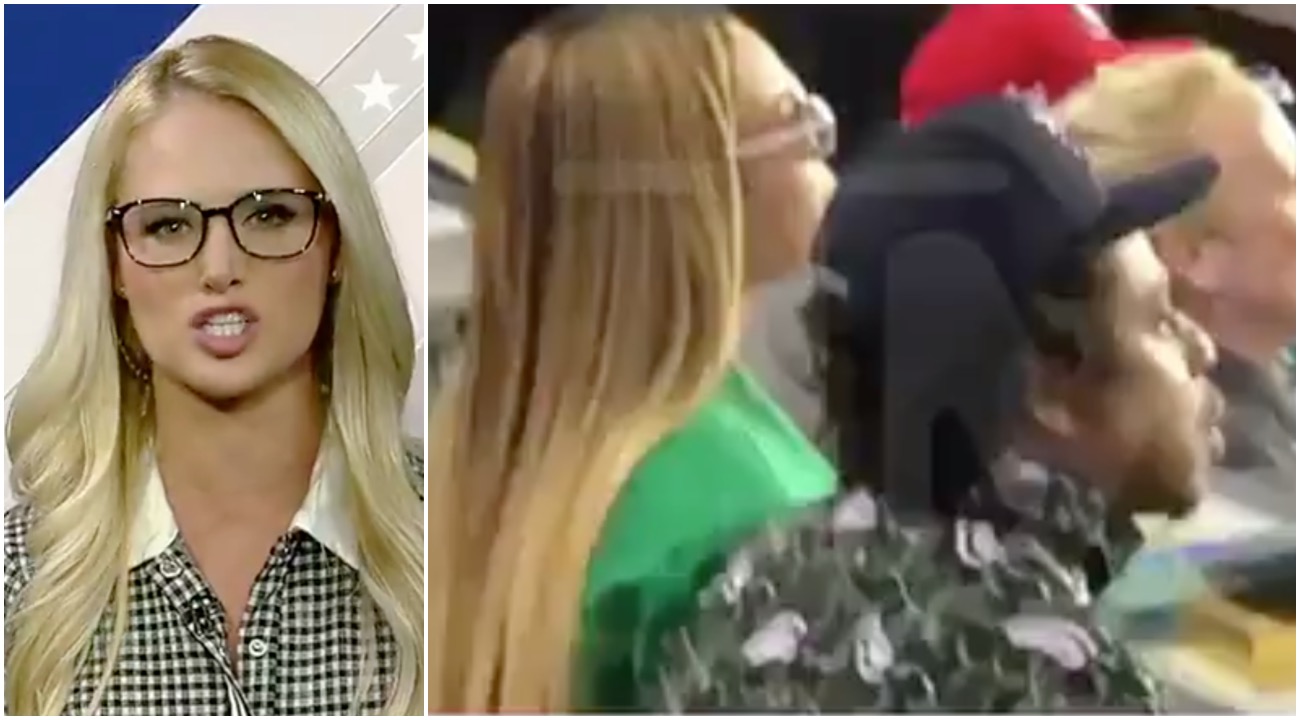 In typical hypocritical fashion, Tomi Lahren is going after “them,” Jay-Z and Beyonce that is, while not addressing the remaining audience members seated in the same section as the Carter family for Super Bowl LIV.

Lahren, known for not being very unintelligent, first posed the question: “If this country is not worth standing for, why do you live here?”

If this country is not worth standing for, why do you live here? My Final Thoughts: https://t.co/1n2wdHHNhS

Assuming Jay-Z and Beyonce actually remained seated in protest of rampant police brutality taking place in America then the question Lahren should be asking herself is why doesn’t she take a stand against police killing innocent people? Law Enforcement is meant to uphold the law by protecting and serving the citizens in the jurisdictions they service. Unless you’re a racist then you believe in a supremacist ideology which de facto places White officers morally above the country’s citizens. Vanity Fair compiled 18 separate studies which established, “Taken together, the research paints a picture of a nation where a citizen’s race may well affect their experience with police—whether an encounter ends with a traffic stop, the use of police force, or a fatal shooting.”.

It was only in October 2019 that Atatiana Jefferson was killed in her own home by a Fort Worth police officer. Recall, also the case of Botham Jean- another innocent victim who was killed by Amber Guyger.

It’s important to point out that American society suffers from many issues which police officers are not immune to, including mental health. However, these issues cannot come at the expense of innocent victims of police killings.

Lahren stated the following during her “news” broadcast. Catch it below.

This country isn’t perfect but it has sure done a lot for them. Ya can’t stand for 2 freakin’ minutes? https://t.co/1n2wdHHNhS pic.twitter.com/e4QxbsL2ya