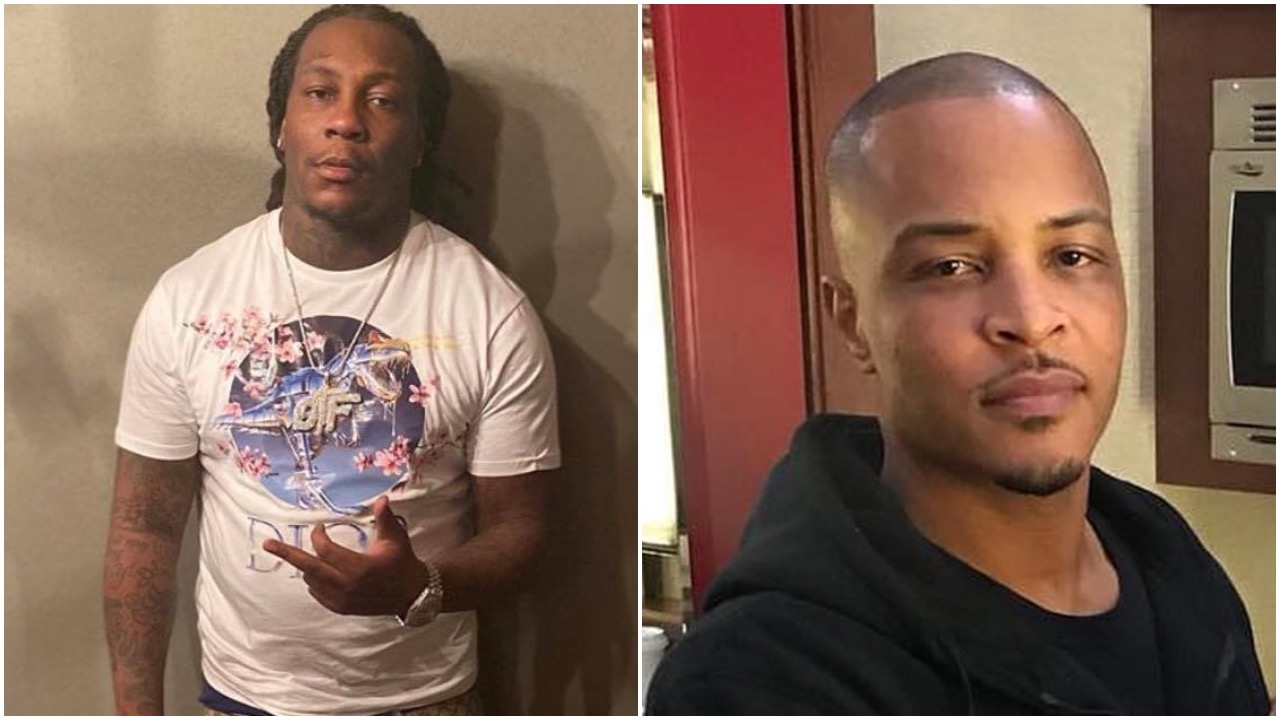 The feeling in Chicago’s renowned “O’ Block” is somber since the tragic killing of King Von. Von was highly loved in his home neighborhood. More information is making its way to the public domain. The Chi-Town Rapper was killed on 11/5 and unarmed when being gunned down. A slowed-down version of the security footage of the shooting seems to show King Von giving someone a man a beatdown before he was shot and killed. Anyone who wants to view that video (warning: graphic) can do so here.

After the tragic killing, T.I. took to social media and made a blunt yet general statement.

“Handle YOUR beefs in YOUR city. Thx in advance. – King” 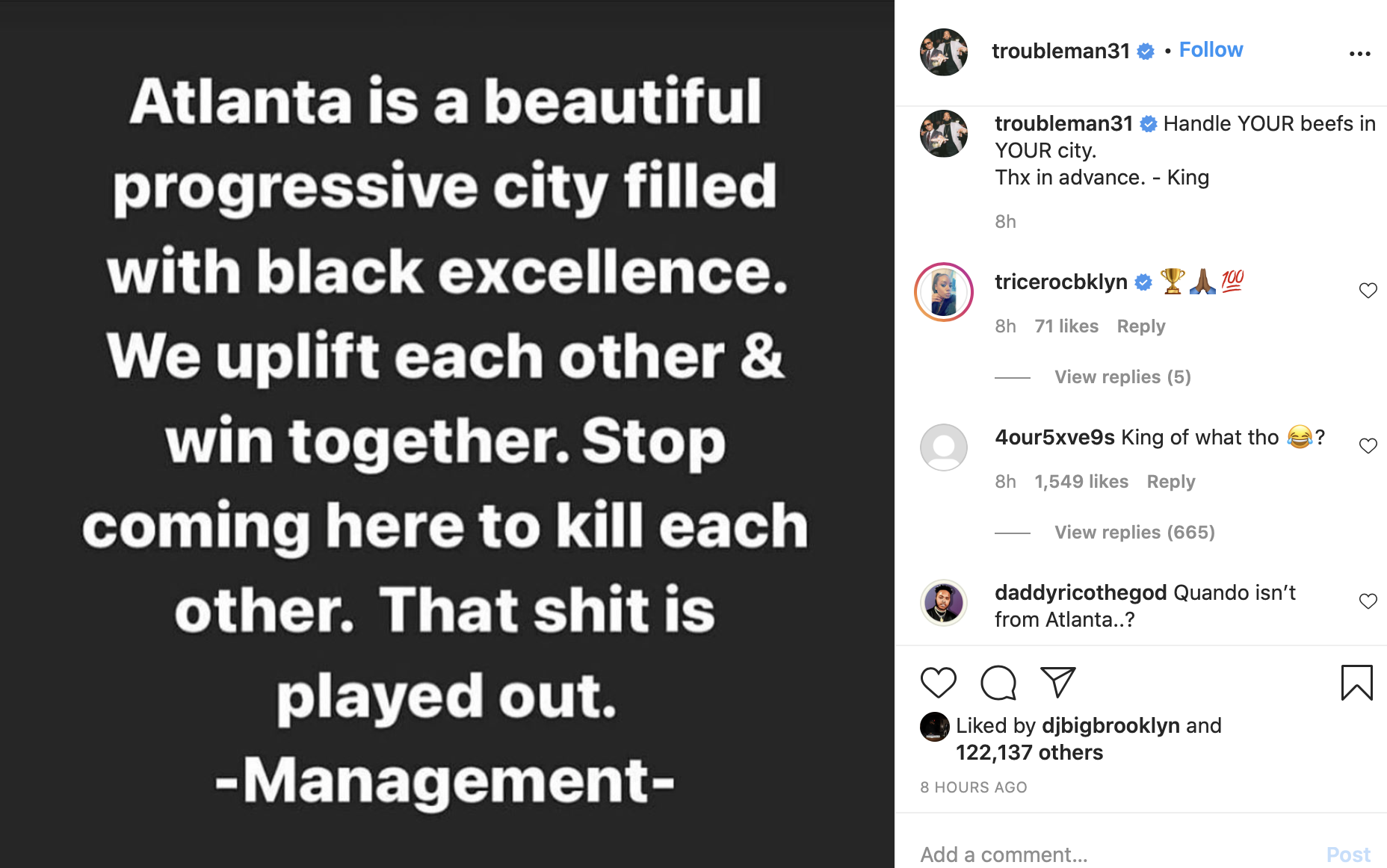 Needless to say, fresh on the heels of three men being killed in a beef involving unarmed King Von and Quando Rondo’s team, many people interpreted Tip’s post as a reference to the triple-homicide. Notice the third comment in the post up top which states, “Quando isn’t from Atlanta..?”  Someone else commented, “What Atlanta u stay in?😹😹” suggesting that Atlanta has plenty of violence within it’s city limits.

Perhaps the most glaring troll comment against was the following,

“@troubleman31 you contradicting yaself fam you went to Texas looking for Flip and you constantly inserting yourself in situations that don’t involve you. You also had beef with Shawty Lo in your own city Atlanta so where was all that energy about uplifting each other then. Please vent in silence because people are in mourning and your words can cause backlash” 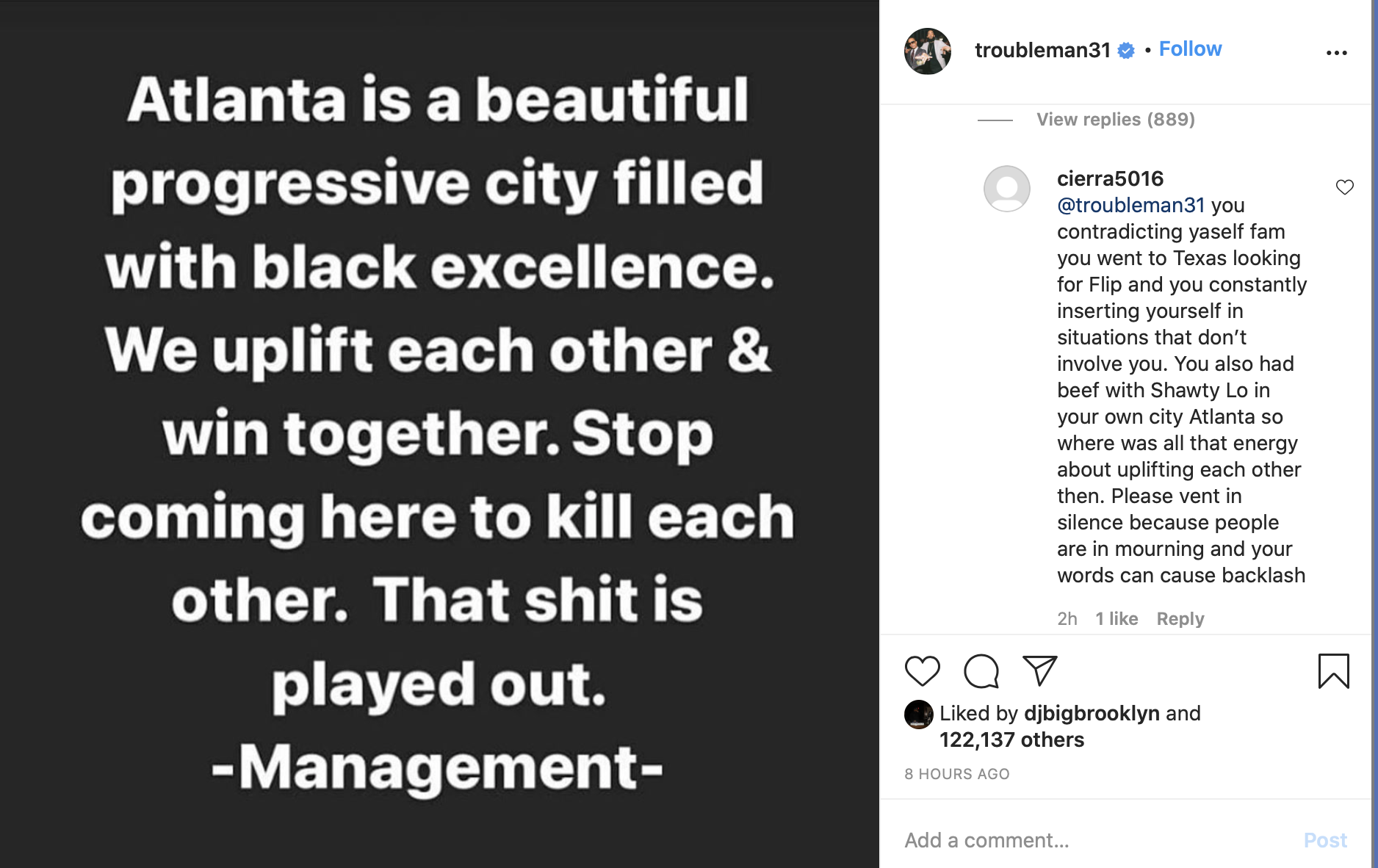 The point is that countless people on this particular post perceived that T.I. was referring to the tragedy which resulted in King Von being murdered in a cowardly fashion while the Chicago Rapper was unarmed. One person, who is reportedly from Quando Rondo’s entourage, is in custody (read about that here).

The most glaring response to T.I.’s post didn’t come from Tip’s comment section. It came from O’Block and from the account of certified Chicago veteran THF ZOO. A man who perceives King Von in a brotherly fashion. In a post where the highly respected Chi-town veteran not only tags T.I but also bluntly addressed him by stating, 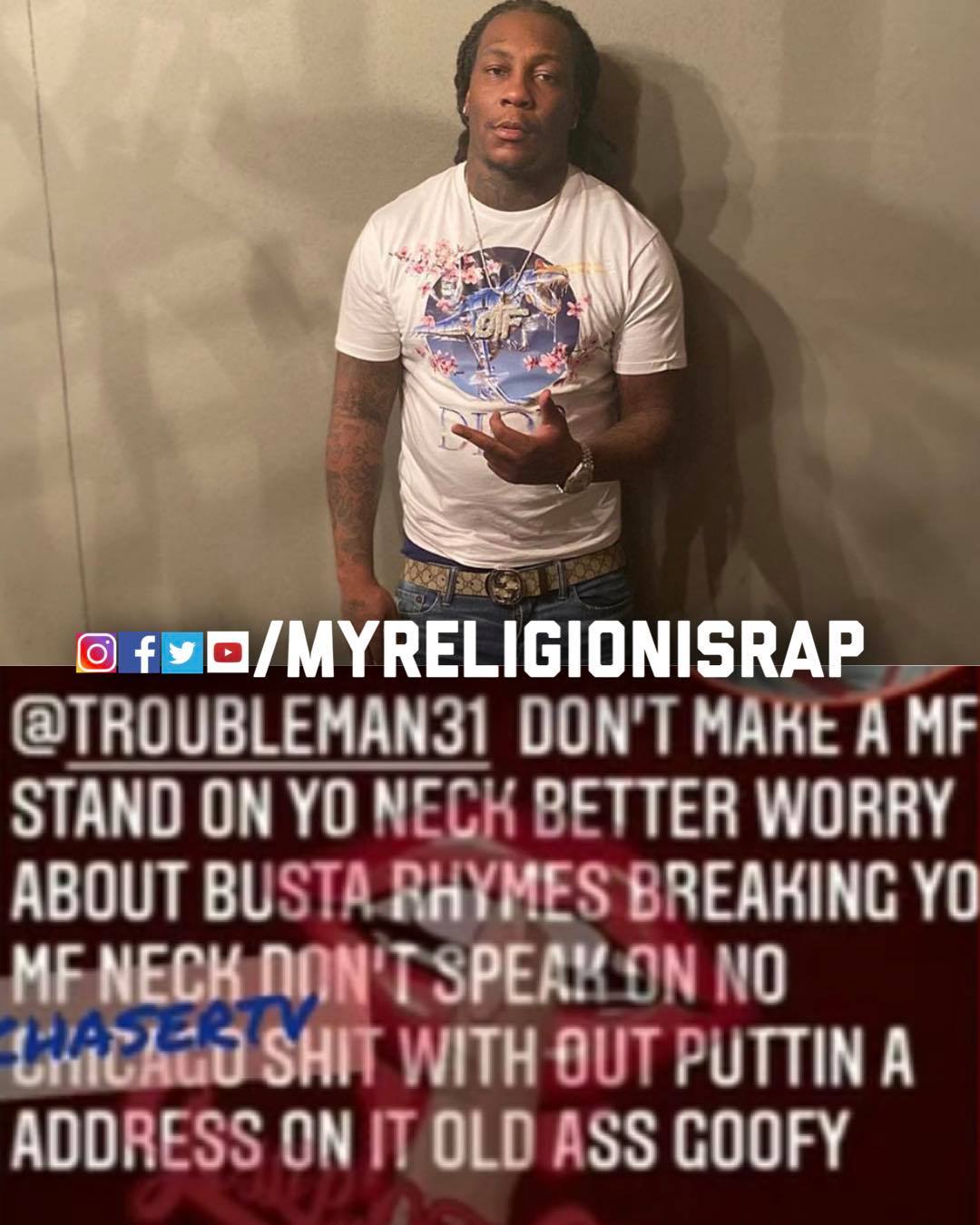 T.I. has since reposted by addressing the matter in his following IG post suggesting that people in the comments section were unfairly instigating.

“But I know IG ain’t da place for understanding & miserable people love to keep up shit. Be Eazy ✌🏽” 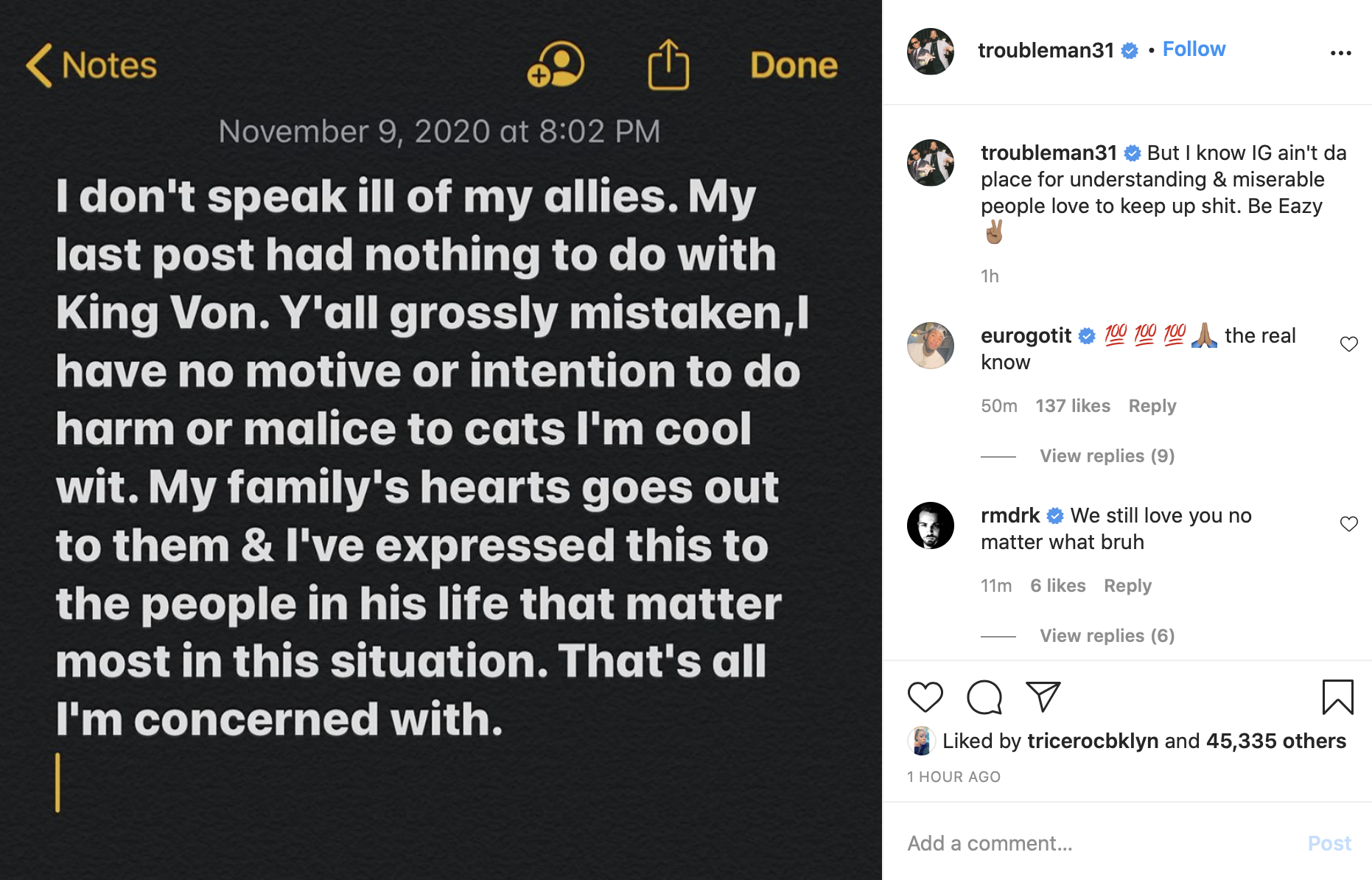